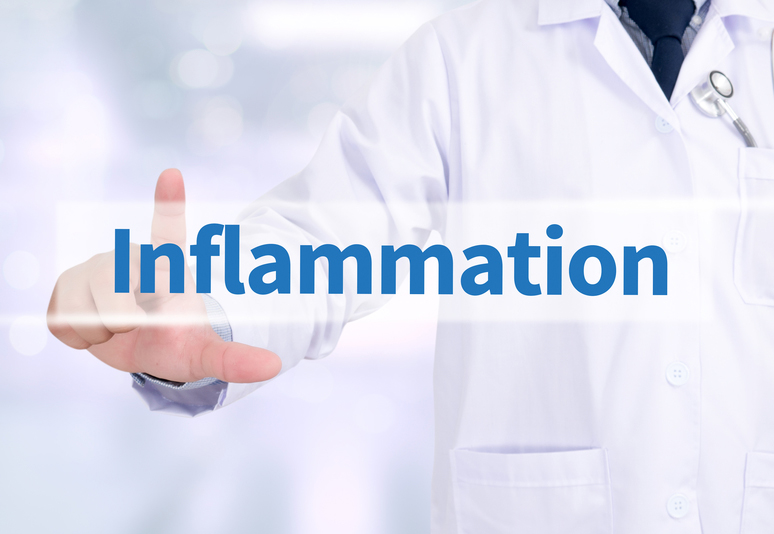 Chronic inflammation is behind myriad conditions that plague us. What causes it? Lack of exercise, a poor diet, obesity, smoking, stress, and sleep disorders all can contribute.

Your immune system is like a home security system. When you suffer an injury or infection, it sets off an alarm—what we know as an inflammatory response—by sending immune cells to neutralize viruses, bacteria, and other intruders that breach your outer defenses, thereby protecting healthy cells and tissues from damage. Essentially, inflammation is part of the healing process, and without it, our injuries and illnesses would never heal. That’s the good part. The bad occurs when you experience chronic inflammation.

Chronic inflammation can persist for months or years. In such instances, the immune system engages in a prolonged “friendly fire” of sorts, damaging cells and tissues throughout the body over time.

One easy way to reduce inflammation in your body is through your diet. You’ll find specifics in our post “Anti-Inflammatory Foods: Can They Reduce Chronic Inflammation?”

Fortunately, you can reduce inflammation in your body by eating a healthful diet, getting regular exercise and adequate sleep, and finding ways to minimize or conquer stress in your life. Following an anti-inflammatory lifestyle can help you feel better and, in some cases, may reduce your risk of chronic disease.

What Is a Chronic Inflammatory Condition?

Chronic inflammation may arise if the source of acute inflammation is not removed from the body, or if you experience prolonged exposure to chemicals or other inflammatory agents.

Oftentimes, chronic inflammation is the byproduct of an autoimmune disorder, which occurs when the immune system mistakenly attacks healthy tissues. As such, inflammation is a common factor in many diseases, such as: 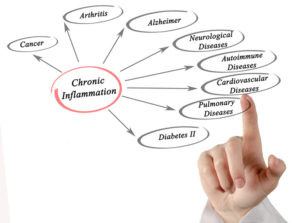 Cancer, arthritis, and Alzheimer’s disease are among the many afflictions that can be indicative of chronic inflammation. [Photo: © Vaeenma | Dreamstime ]

Other research suggests that inflammation can have deleterious effects on the brain and might play a role in Alzheimer’s disease. Furthermore, high levels of inflammation are common in people with depression, suggesting a role of chronic inflammation in the development of depressive disorders.

How Inflammation Relates to Cardiac and Cancer Concerns

Several investigations have found that chronic inflammation plays a role in atherosclerosis, or “hardening” of the arteries, and that people with elevated levels of inflammatory markers are at increased risk of cardiovascular events, such as heart attack and stroke.

Experts believe your immune system perceives fatty, cholesterol-laden plaques lining your artery walls as abnormal, and it sends white blood cells to shield them from your bloodstream. However, this inflammatory response can make the plaques vulnerable to rupture, spilling their contents out into the bloodstream and exposing parts of the vessel wall not normally in contact with blood. This process can trigger platelet activation and formation of blood clots that may cause heart attacks or ischemic strokes.

What Could Cause Inflammation in Your Body?