Failing memory is a serious concern as we grow older. While medical solutions for memory loss remain elusive, diet, exercise, socialization and lifelong learning can push back cognitive impairment.

What is dementia? It refers to memory loss and other cognitive problems that are severe enough to interrupt a person’s daily life. Alzheimer’s, vascular dementia, and dementia with Lewy bodies are all types of dementia.

In Alzheimer’s disease, abnormal proteins called tau and beta-amyloid clump together to form deposits in the brain. These deposits gradually damage nerve cells and destroy areas of the brain. Vascular dementia often occurs after a stroke that damages blood vessels in the brain. The damaged vessels prevent enough blood from reaching brain tissues. People who have dementia with Lewy bodies have an abnormal buildup of a protein called alpha-synuclein in the brain. It’s possible to have a combination of these different dementia types, known as “mixed dementia.”

Dementia symptoms vary by type, but can include difficulty remembering names and events, trouble communicating, depression, poor judgment, confusion, behavior changes, and sleep disturbances. People who are suspected of having dementia will undergo a series of dementia tests, or Alzheimer’s tests, to determine whether they have lost memory and cognitive function. Doctors will ask the person and his or her family members about any memory problems and trouble completing daily activities.

Other tests involve evaluating memory, attention, problem-solving, and language skills. During these tests, the health care provider will ask the person a series of questions and assign tasks, such as remembering the names of common objects or drawing a face of a clock. Brain scans such as computed tomography (CT), magnetic resonance imaging (MRI), or positron emission tomography (PET) may also be done to assess brain structure and function.

Apr 27, 2022 · Chris Iliades, MD · Heart Health
Myocardial infarction, commonly known as a heart attack, is the most common cause of death in the western world. Although most people survive a heart attack, they may be left with disabilities caused by the heart attack. In fact, a heart attack is also the leading cause of disability. Heart … Read More

Jul 16, 2021 · Chris Iliades, MD · Heart Health
COVID-19 is a new version of an old virus called coronavirus. Most of the effects of COVID have been on people's lungs, but there have also been effects on the brain and nerves (neurological effects). For now, doctors and researchers have been busy creating a vaccine and finding the best … Read More

May 21, 2021 · Chris Iliades, MD · Heart Health
Grey Matter vs White Matter Grey matter is where your brain neurons are located. Grey matter is found in the outer areas of your brain. Neurons are the key players in brain activities like thinking, remembering, feeling, and doing. All these functions working together are called "cognition". Loss of cognition … Read More

How Does Caffeine Affect The Brain and the Brain’s Grey Matter?

May 12, 2021 · Chris Iliades, MD · Heart Health
Caffeine is a naturally occurring substance found in coffee, tea, cola, and chocolate. [1] People use caffeine for the effects that it has on nerve cells of the brain. These effects include increased alertness, energy, and concentration. About two-thirds of daily caffeine consumption come from drinking coffee. [2] One eight-ounce … Read More

Side Effects of Statins and Dementia

May 10, 2021 · Chris Iliades, MD · Heart Health
Based on some early studies, the Food and Drug Administration (FDA) added a warning on statin drug labels that they may cause memory loss and confusion in some people. [1] This warning led to fears that statin drugs might increase the risk of dementia and Alzheimer’s disease, which is the … Read More

Jul 15, 2020 · UHN Staff · Heart Health
Eating moderate amounts of dark chocolate may benefit health in many ways. In fact, some research suggests that chocolate is now considered an anti-aging, anti-inflammatory “superfood” for the brain and body. Although we need a lot more research before experts agree, some studies examining the health benefits of chocolate suggest … Read More 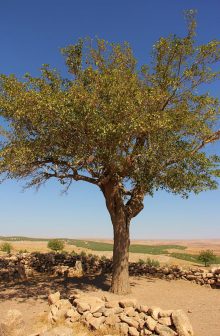 May 5, 2020 · UHN Staff · Heart Health
When I was young, we had a huge cedar tree in front of our house. My two brothers and I loved that tree, as it seemed to be made for climbing. It was the perfect play tree; in it we built platforms, played games, and continually found new routes up … Read More

May 5, 2020 · UHN Staff · Heart Health
The brain loves B vitamins and they are an important consideration for improving memory and cognition as well as lowering your risk of mild cognitive impairment (or “pre-dementia”) and Alzheimer’s. A two-year study in the Journal of Clinical Nutrition showed taking B vitamins for memory improved cognition in older participants. … Read More

B Vitamins for Memory: Niacin May Provide Benefits for Alzheimer’s Disease

May 4, 2020 · UHN Staff · Heart Health
The growth in Alzheimer’s disease prevalence is alarming. An abundance of research is trying to figure out how we can protect our brains from degeneration to keep the mind sharp and memory intact. Among the many supplements and vitamins for memory protection are the B-vitamins, including B12, B6, B9, and … Read More