Everyone experiences upset stomach, gas, bloating, constipation, or diarrhea. Occasional, and even chronic, conditions can be controlled with medications, diet or surgery.

Symptoms can range from  mild annoyances, or more serious conditions affecting the digestive system, which is made up of the stomach, esophagus, intestines, and gallbladder. For instance, appendicitis is a condition that causes the appendix—a small pouch attached to the large intestine—to become inflamed. The most common appendicitis symptoms include pain in the abdomen, appetite loss, nausea, vomiting, and a low fever. Appendicitis is treated with antibiotics, and/or surgery to remove the appendix.

Gastroesophageal reflux disease (GERD) is a burning feeling in the chest, which occurs when acid backs up from the stomach into the esophagus. Medicines that block acid production or neutralize existing stomach acid can help with symptoms, but surgery is an option if these conservative treatments don’t work.

Too much stomach acid can also contribute to ulcers—sores in the lining of the esophagus, stomach, or small intestine. Pain, burning, bloating, and vomiting are some hallmark ulcer symptoms. Bacteria called H. pylori cause ulcers; antibiotics can treat the infection. Other medicines reduce the amount of acid in the stomach.

The gallbladder is a small organ in the upper right side of the abdomen. It’s main job is to store bile, a fluid that helps with digestion. A number of problems can affect the gallbladder, including stones and inflammation—called cholecystitis.

Sometimes small pouches, called diverticula, form in the walls of the large intestines. They’re caused by pressure on the intestinal walls, such as from straining while having bowel movements. A condition called diverticulitis occurs if these pouches become inflamed or infected. Diverticulitis is common in older adults, affecting almost everyone over age 80. Antibiotics can clear the infection, but if diverticulitis doesn’t get better, surgery may be an option.

Oct 20, 2022 · Chris Iliades, MD · Digestive Health
According to the National Institutes of Health (NIH), GERD can cause stomach juices to flow up into your esophagus all the way up to your throat. When this happens at night, you may wake up with the sensation of choking on your saliva, but you are really experiencing nighttime acid … Read More

May 20, 2021 · Chris Iliades, MD · Digestive Health
PPIs are medications used to reduce stomach acid and heartburn. Heartburn is the burning pain you feel when stomach acid rises out of your stomach and flows up into your esophagus. (more…)

Apr 8, 2021 · Chris Iliades, MD · Digestive Health
When you think about gut health, you are thinking about the last part of your digestive system, called your colon. Both the foods you eat and the foods you avoid affect your gut health. Eating for a healthy colon can help you avoid gut problems like colon cancer, inflammatory bowel … Read More 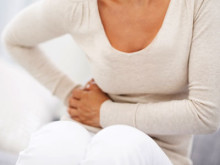 Mar 25, 2021 · Chris Iliades, MD · Digestive Health
Helicobacter pylori (H. pylori) are bacteria that grow in the mucous layer of your stomach. Almost everyone with this infection has some inflammation of the stomach called gastritis, but the inflammation is usually not serious enough to cause symptoms or complications like a stomach ulcer. Long-term infection has been linked … Read More

Dec 6, 2020 · Cindy Foley · Digestive Health
Clostridium difficile infection (C diff) is a bowel infection caused by toxin-producing bacteria. C diff is a serious infection that can range from mild diarrhea to severe inflammation of your colon that can be life threatening. C diff is not caused by anything you eat and you can’t cure it … Read More 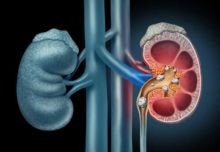 Sep 15, 2020 · Jim Brown, PhD · Digestive Health
The first thing most people think about kidney stones is that passing one can be very painful. A number of factors determine if you are going to have a kidney stone. The size of the stone determines if it will make its way out of the urinary tract. Learn the … Read More 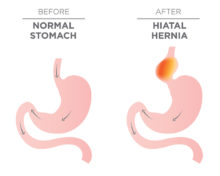 What to Know About Hiatal Hernias

Sep 10, 2020 · Kate Brophy · Digestive Health
Aging puts you at risk for more health issues, particularly if you're overweight or obese. One such issue that has become more common as the U.S. obesity rate increases is hiatal hernia pain. Estimates suggest that up to half of adults age 60 and older have this type of hernia. … Read More 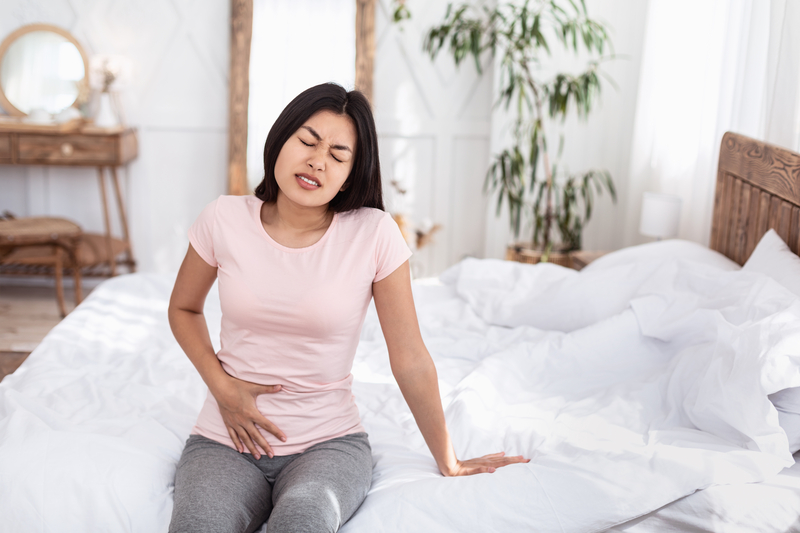 Sep 10, 2020 · Matthew Solan · Digestive Health
An impacted bowel is one of the more unpleasant digestive issues you can experience. Bowel obstruction symptoms occur when a mass of dry, hard stool will not pass out of the colon or rectum. Bowel impaction can become a serious issue if not treated, and in extreme cases may even … Read More