As a former educator, Jim brings a unique perspective to health and medical writing. He has authored 14 books on health, medicine, fitness, and sports. For more than a decade he has written articles, newsletters, and special reports through Belvoir Media Group for the Cleveland Clinic, Duke University Medical Center, UCLA Health, and Weill Cornell Medicine. Over the past two decades, he served as the executive editor of the Penn State Sports Medicine Newsletter, the Georgia Tech Sports Medicine and Performance Newsletter, and Steadman Philippon Research Institute News.

Jim is a native of Louisiana and received his undergraduate degree from Baylor University. After serving in the Peace Corps in South America for two years, he received a MEd from McNeese State University and a PhD in college teaching/health education from the University of North Texas. His interest in writing developed during his tenure as a college professor, and journalism ultimately became his second career. Jim resides in Atlanta with his wife, Arlene.

Bones Creaking: Joints Are Noisy… Get Used to It

The older we get, the more likely we are to hear sounds often described as creaking bones or creaking joints. The medical term is crepitus. If it’s just noise, don’t be alarmed. Noise accompanied by pain or swelling, however, is a problem. What Causes Crepitus? Several things can cause noise … Read More

Canes, walkers, and other assistive devices offer a triple play of better balance, improved mobility, and fewer falls. If a person can get past the idea that assistive devices are just for “old people,” they can re-open a world that might have become smaller as a result of balance and … Read More

Can you die from skin cancer? If you don't know someone in your circle who's been diagnosed and treated from skin cancer, you may have a preconception that skin cancer is treatable 100 percent of the time. But each type of skin cancer carries its own survival risks. Melanoma is … Read More

Calcium Deposits: 3 Areas of Your Body Where You’re Most at Risk

Calcium is an essential component of a person’s body chemistry. Almost all of it is in our bones and teeth, providing both with strength. The rest is present throughout tissues, organs, and cells. Almost every cell in our body uses calcium in some way. But collections of these tiny crystals—calcium … Read More

Headache location can be on one side or both sides. They may be intermittent, episodic, or constant. Some are acute—they come and go rapidly. Others persists for days or weeks. When the exact headache location cannot be identified, it is called a generalized headache. Where Is a Cluster Headache Location? Cluster … Read More 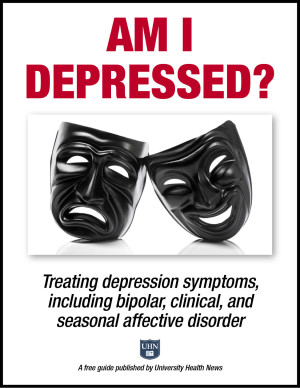