Home » Daily » Pain » Throwing Your Back Out: The Common Causes, Symptoms, and Treatment 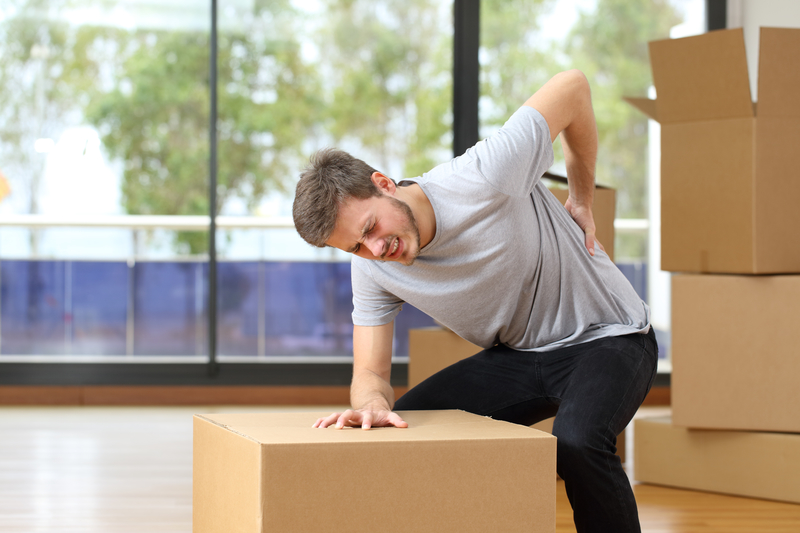 Lifting a heavy object can result in the sensation of "throwing your back out." But so too can the simple act of bending over to tie your shoe.

No one seems to know how the phrase “throwing your back out” originated, but almost everyone knows what it means: You’ve injured your back and it really hurts.

When you yell out “threw out my back!” you’ll know the pain immediately. There will be a sharp, severe pain, usually in your lower back, and it can be an on-the-floor, can’t-move, debilitating experience. You won’t care what “throwing your back out” means. You’ll just want pain relief—right now.

The underlying cause of pain that severe could be a complex medical condition such as a herniated disc, spinal stenosis, or sciatica, but more often it’s just a strained (pulled) muscle.

It might not sound as threatening as other back conditions, but in the short term, a muscle strain can be more painful than all of them. The pain itself is there because of a muscle spasm reacting to overload or overuse.

Back strains—tears in tendons or ligaments—occur after sudden or awkward movements, when lifting or moving a heavy object, or absorbing an unexpected blow. They might also develop when a person repetitively uses (or overuses) a muscle not accustomed to that particular activity.

Yet at times, back strains are triggered by seemingly harmless movements, such as bending over to tie a shoe, picking up an object, or reaching to get something out of a cabinet.

More than 90 percent of people with a lower back strain recover within a month, although that information won’t be reassuring if you’re the one having spasms.

Another possible cause of a “throwing your back out” is a herniated disc. The condition is not usually associated with a specific traumatic event, but rather by wear and tear on the spine.

Discs that become herniated usually are in an early stage of degeneration, according to the American Association of Neurological Surgeons. The spinal canal has limited space, which is inadequate for the spinal nerve and the displaced herniated disc fragment. Because there is not enough room for both, the disc presses on spinal nerves, often producing severe pain.

Anyone can develop a herniated disc, but older adults are especially susceptible. Prolonged sitting and repetitive lifting and twisting are also risk factors, as is reduced muscle tone caused by a lack of physical activity.

There is a difference between a herniated disc and a bulging disc.

A bulging disc is like having low air in a tire. Some of the cushion in the middle of the ring is lost, the disc collapses, and the fibrous ring bulges out.

A bulging disc is a normal phenomenon and generally does not cause symptoms unless it presses on nerve roots. Even if that happens, symptoms can usually be managed by waiting to see if your symptoms go away, pain medications, and physical therapy.

Many patients who initially have problems due to a bulging disc find that their symptoms completely resolve over several weeks or months. The key is finding a way to manage the discomfort while waiting for the symptoms to subside.

Osteoarthritis (OA) can affect the spinal discs and facet joints just as it can other joints of the body. In fact, the spinal column consists of 33 vertebrae, increasing the odds of a problem. Most of the time, it’s in the lower part of the spinal column where the body’s weight places a significant load.

In spinal stenosis, the spinal canal narrows. Seventy-five percent of the time stenosis occurs in the lower back, but it can also happen in the shoulder/neck region.

How to Prevent Throwing Out Your Back

Some back conditions may not be preventable (osteoarthritis, sciatica, stenosis), but you can at least reduce the risk of “throwing your back out” (i.e., muscle strains, herniated discs, and bulging discs), limiting the damage. Here’s how. 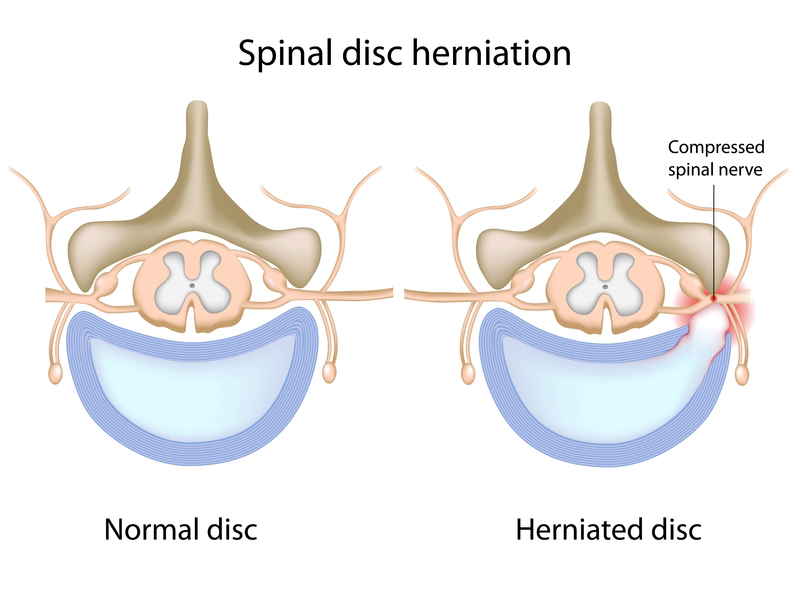 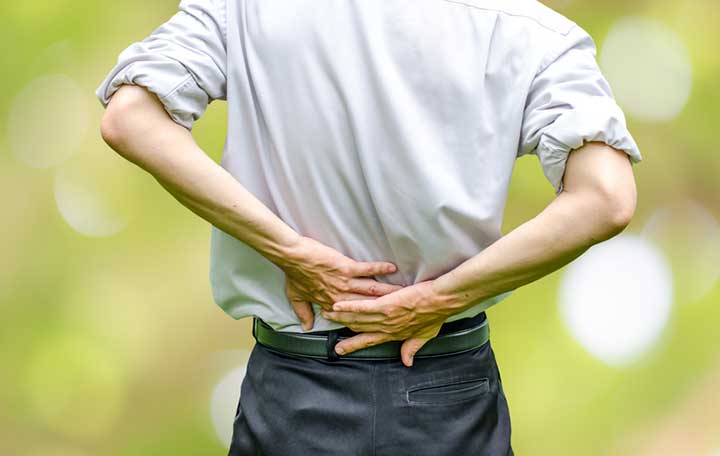 Back Pain? Red-Flag Symptoms That You Shouldn’t Ignore 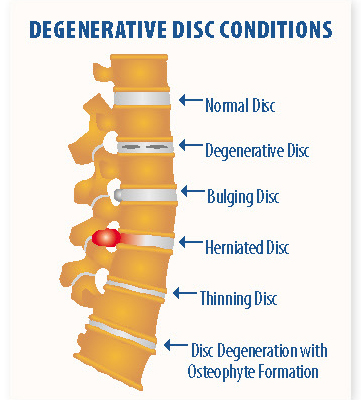 Back Pain? It May (or May Not Be) Disc Degeneration Disease