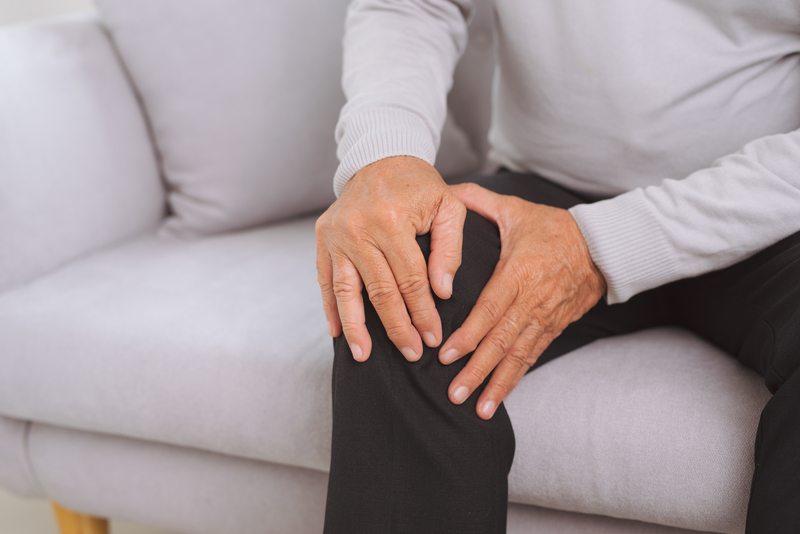 The most common tendon behind knee pain is the biceps femoris tendon, which can become injured in activities such as kick-boxing, downhill running, or sprinting.

Pain behind knee can be caused by a variety of conditions, the vast majority of which are injury-related. Some systemic diseases, however, can cause pain-behind-knee symptoms, and some life-threatening diseases also can be a source.

Here, we take a closer look at injuries as well as diseases that might lead to back-of-knee pain.

Injury-Related Causes of Pain Behind Knee

Inflammation or tearing of one of the tendons of the hamstring muscles can cause pain behind the knee cap. The most common tendon behind knee pain is the biceps femoris tendon, which can become injured in activities such as kick-boxing, downhill running, or sprinting. The pain is usually sudden in onset and localized to the back of the knee, where the tendon attaches to the bone. After the initial injury, the pain may become a dull ache that quickly intensifies with sudden movements. Some mild swelling behind the knee also may be present. Treatment involves the combination referred to as “RICE”:

Both a sudden twisting of the knee and long-term overuse can cause tears in either of the menisci, two crescent-shaped pieces of cartilage in the knee. These tears can cause pain, a “locking” sensation in the knee, swelling, and difficulty with knee extension. Treatment is similar to that of a hamstring injury (RICE and NSAIDs), although some individuals may require surgical repair of the meniscus.

The PCL is one of the strongest ligaments in the knee and helps provide stability to the back of the knee. Injury causing a sprain or tear of the PCL is not as common as injuries of other knee ligaments but can occur when the knee is overextended or if there is a forceful blow to the front of a bent knee (such as might occur in a car accident). Pain and swelling behind the knee may result as well as joint instability. Because the PCL often heals well on its own, treatment is usually nonsurgical and includes a RICE regimen, NSAIDs for pain relief, and immobilization of the knee with bandages or braces. Surgery is usually only indicated if there is a concomitant injury such as a knee dislocation.


Disease-Related Causes of Pain Behind Knee

Osteoarthritis (OA) is a disease characterized by degeneration of the cartilage that provides cushioning between the bones of our joints. It commonly affects the weight-bearing joints of the body like the knee, causing pain (often worse at night), stiffness, and swelling. OA can cause knee joint pain, including pain behind knee cap. Treatment includes NSAIDs and cyclooxygenase 2 inhibitor drugs (COX 2 inhibitors) to reduce inflammation and provide pain control, physical therapy to strengthen the supporting muscles of the leg, and sometimes steroid injections into the knee joint. For severe OA, total knee replacement may be indicated. 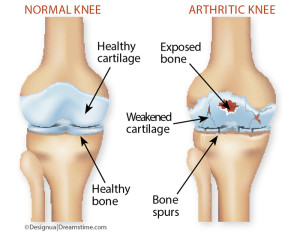 Rheumatoid arthritis (RA) is an autoimmune disease in which the body’s immune system attacks the synovial lining of joints causing inflammation and often distortion and destruction of the affected joints. As with OA, RA can cause pain in any aspect of the knee including the back of the knee, but, unlike OA which may only affect one knee, RA most often involves both knees. Symptoms include pain (usually worse in the morning), swelling, and stiffness. Treatment can include NSAIDs, COX 2 inhibitors, steroids, or disease-modifying antirheumatic drugs (DMARDs).

Gout is a disease characterized by the build-up of the waste product uric acid in the blood of affected individuals. The uric acid can form crystals that deposit in joints causing a painful “attack” or flare. When the crystals deposit in the knee, the knee can become swollen, red, and warm. Pain can occur behind the knee but also in any other part of the knee. Treatment involves pain control with NSAIDs or the drug colchicine and the use of uric acid-lowering medications as well as the adoption of a gout diet low in purine-rich foods which can contribute to uric acid levels.

Injury or Disease-Related Back of Knee Pain Causes

A popliteal cyst, also called a Baker’s cyst, is a localized swelling behind the knee that occurs secondary to an injury or an inflammatory disease. As fluid builds up in the knee joint, it can bulge out into a ball-shaped protrusion behind the knee. While it can be painless in some people, it may cause back of the knee pain in others and often causes a decrease in range of motion, particularly with knee flexion. Specific treatment of the cyst is usually not needed. Treating the underlying injury or disease is more often indicated. Rarely, the cyst is drained or surgically removed if it is particularly large.

Life-Threatening Causes of Pain Behind the Knee

A deep vein thrombosis (DVT) is a blood clot that develops in a vein. They most often occur in the large veins of the thigh or calf and, therefore, can cause pain behind knee cap. A variety of factors can put someone at increased risk of a DVT including trauma, prolonged sitting, cardiovascular disease, or family history of DVT. DVTs behind the knee will often cause localized pain, swelling, tenderness, redness, and warmth. Because the clot can break free and travel to the lung, where it can cause a life-threatening blockage in a lung artery (pulmonary embolus or PE), DVTs represent a medical emergency. Treatment involves the use of blood thinners such as warfarin or surgical removal.