More than half a million people die from cancer annually. But targeted therapies and other treatments offer hope to countless more. Cancer starts when genetic changes cause cells to divide out of control and form tumors, which can then spread to other parts of the body. The disease can affect any organ.

Ovarian cancer is the deadliest reproductive cancer in women. Often, it’s caught at a late stage because no screening tests exist. Ovarian cancer symptoms include abdominal bloating, pain in the abdomen or pelvis, and a rapid feeling of fullness while eating.

Colon cancer primarily affects people over age 50. This type of cancer starts in the lower part of the intestine (colon). It forms growths called polyps, which can be identified on a screening colonoscopy. Colon cancer symptoms include blood in the stool, stomach cramps, diarrhea or constipation, and unintended weight loss.

Although lung cancer is not the most common cancer, it’s the leading cause of cancer-related death. Smoking is the biggest risk factor for lung cancer. Exposure to chemicals such as asbestos accounts for a smaller number of cases. Lung cancer symptoms include a cough, chest pain, and shortness of breath.

Mar 29, 2022 · Chris Iliades, MD · Cancer
According to the American Cancer Society, radiation energy from the sun is called ultraviolet (UV) light. There are three types. UVA is the weakest type, but it can cause DNA damage in your skin leading to skin aging and wrinkles. UVA also causes squamous and basal cell skin cancer, the … Read More

Sep 24, 2021 · Chris Iliades, MD · Cancer
Alcohol is the most commonly used drug in the world. When you drink alcohol, it is absorbed in your digestive system and moves into your blood. In your blood, alcohol travels to your liver, where 90 percent of alcohol is broken down and eliminated. The rest comes out in your … Read More

Jul 7, 2020 · Dawn Bialy · Cancer
Skin cancer may seem less threatening than breast, lung, or colon cancers, but if you have the most serious form of skin cancer, melanoma, it can be fatal. A dermatologist can perform a thorough screening of your skin, but between appointments, you need to monitor your skin for signs of … Read More 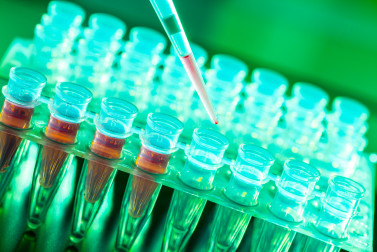 May 7, 2020 · UHN Staff · Cancer
An estimated 761,659 people in the United States are living with, or are in remission from, lymphoma, according to the Leukemia and Lymphoma Society. Lymphoma is not just one disease, but rather two distinctive forms of cancer with many subtypes. As such, the answer to the question of "What is … Read More

5 Breast Cancer Prevention Tips That Could Save Your Life

Apr 28, 2020 · Jami Cooley, RN, CNWC · Cancer
October is Breast Cancer Awareness month, so all across America, you may have noticed pink as the prevailing color—in grocery stores, restaurants, Internet blogs, Facebook photos, and even NFL games. It's all part of an annual effort to raise awareness about the disease. “Race for the Cure” events alone raise … Read More 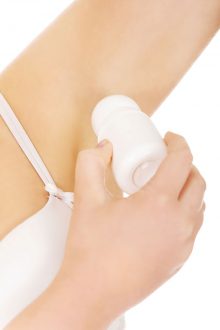 Does Antiperspirant Cause Cancer? Here’s Why You Should Be Concerned About Aluminum Toxicity

Jan 14, 2020 · UHN Staff · Cancer
People around the world spread this metal on their underarms; cook and store their food in it; receive vaccines containing it; and treat their heartburn, color their lips, and protect their skin from sunburn with it. Aluminum, the most widely distributed metal in the environment, is extensively used in modern … Read More 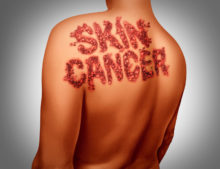 Aug 7, 2019 · Jim Brown, PhD · Cancer
Can you die from skin cancer? If you don't know someone in your circle who's been diagnosed and treated from skin cancer, you may have a preconception that skin cancer is treatable 100 percent of the time. But each type of skin cancer carries its own survival risks. Melanoma is … Read More

Jul 31, 2019 · Matthew Solan · Cancer
More than 26,000 people in the United States—approximately 16,000 men and 10,000 women—are diagnosed with stomach cancer every year, according to the American Cancer Society (ACS), and nearly 11,000 die from it. The cancer develops for unknown reasons and can be difficult to diagnose early, because its symptoms mimic those … Read More