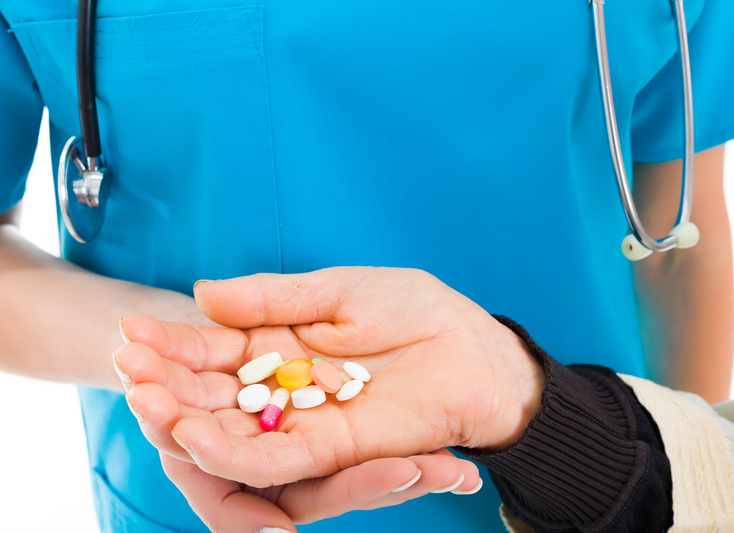 Pain reliever choices: There are many, and the "right" one typically depends on the ailment you're experiencing.

The term arthritis is used to describe a variety of rheumatic diseases that result in inflammation of the joints. While stiffness, limited range of motion, and swelling all are common symptoms of arthritis, the hallmark feature of most arthritides is pain in the joints. In some people this pain can be mild and only minimally interferes with daily life. In others, the pain can be debilitating and can significantly restrict activity and lifestyle. Osteoarthritis, rheumatoid arthritis, and gout are among the most common forms of arthritis. There are many aspects to treatment of these arthritic diseases, including medications to slow the progress or modify the course of the disease. Medication for pain relief is also an integral part of disease management. While some analgesics are used as pain relievers in all three diseases, others have been demonstrated to be effective only against a particular disease.

Acetaminophen (also known as paracetamol or APAP or by trade names such as Tylenol) is a drug that has been used for decades to control pain in arthritis. Despite this, its precise mechanism of action is still poorly understood. One theory is that it acts on one site of the cyclooxygenase enzyme responsible for producing pain and inflammation-inducing symptoms. Called the “peroxidase site,” it’s different from the one that nonsteroidal anti-inflammatory drugs (NSAIDs) act upon.
A disadvantage to acetaminophen is that it can have severe liver toxicity at high doses. Many over-the-counter medications ranging from cold medicines to headache remedies contain acetaminophen, increasing the risk that someone might overdose if they take these in addition to a single source of acetaminophen (such as Tylenol).

Over-the-counter NSAIDs such as ibuprofen and naproxen and and prescription NSAIDs such as fenoprofen and meloxicam work by acting on the cyclooxygenase enzymes, reducing the production of pain and inflammation-producing prostaglandins. Over-the-counter NSAIDs and lower doses of most NSAIDs tend to provide pain relief while higher doses and prescription NSAIDs provide pain relief and a more significant anti-inflammatory effect.

A subclass of NSAIDs called cycolooxygenase-2 inhibitors or COX-2 inhibitors (such as celecoxib) act selectively on the cyclooxygenase-2 enzyme; the result is fewer GI side effects, but COX-2 inhibitors are still associated with an increased risk of cardiovascular disease. It’s important to work with your healthcare provider to determine the appropriate NSAIDs dose and length of use given these risks.

Opioids are a class of prescription drugs that provide pain relief by interfering with the transmission of pain signals and stimuli from peripheral nerves to the brain. Opioids are often divided into what are called “weak” opioids (such as codeine and hydrocodone) and “strong” opioids (such as oxycodone and morphine).

While opioids do not have an anti-inflammatory effect, they can be potent pain relievers; however, they have negative side effects including nausea, constipation, somnolence, and a significant risk for addiction.

Often called an atypical opioid drug because it acts by some of the same mechanisms as traditional “weak” opioids, tramadol also has different analgesic mechanisms of action involving the neurotransmitters serotonin and norepinephrine.

Side effects of tramadol are similar to those of traditional “weak” opioids but are less intense owing to its lower true opioid content. Patients may also experience symptoms such as flushing related to the neurotransmitter effect.

Despite the fact that colchicine has been used as a treatment for gout for more than 2,000 years, scientists still don’t understand its exact mechanism of action. Colchicine is derived from a plant known as the autumn crocus, or “meadow saffron,” and is thought to work by reducing the inflammatory response to uric acid crystals in affected joints and thereby reducing pain. At higher doses it can cause significant side effects of nausea, vomiting, and diarrhea and therefore is best tolerated at lower doses.

The pain relief associated with steroids is not a direct effect, but rather a consequence of the reduction in inflammation-associated pain such as swelling. Oral steroids are not recommended for long-term use because they can have significant side effects, including osteoporosis and increased risk of bone fracture, immunosuppression, hypertension, increased risk of diabetes or worsening of pre-existing diabetes, glaucoma, and weight gain, among others. Intraarticular steroids if administered too frequently, can cause destruction of cartilage and therefore must be used judiciously.

Capsaicin is a compound derived from chili peppers that when used topically has been shown to reduce levels of chemical in the body called substance P. Substance P is a neurotransmitter involved in the transmission of pain signals.