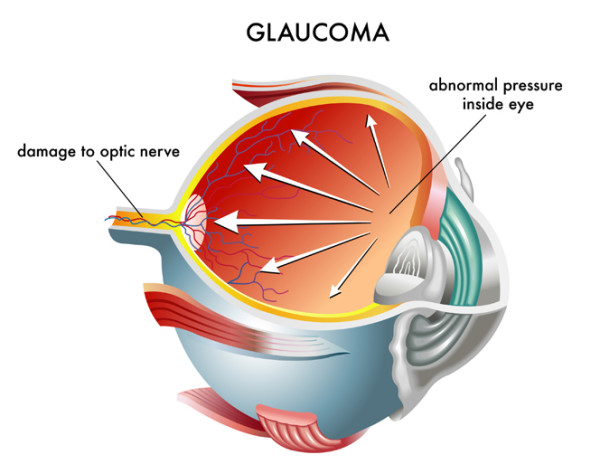 Get regular eye exams; glaucoma symptoms typically don't show until the disease is advanced. It's the leading cause of irreversible blindness. (Illustration: © Rob3000 | Dreamstime.com)

Glaucoma is an eye disease where excess pressure irreparably damages the eye, causing blindness. Because glaucoma symptoms don’t manifest until the disease is very advanced, the disease is a sneaky vision thief. Yet fewer than 10 percent of Americans surveyed know that glaucoma has no warning signs, according to the National Eye Institute.

In the United States, an estimated 2 million people have glaucoma. An equal number of people may have the disease but don’t know it, so it’s important to understand what glaucoma symptoms can occur and to seek treatment right away.

The most common form of glaucoma is primary open-angle glaucoma. A malfunction in the meshwork that drains the aqueous humor from the “open angle,” where the iris and cornea meet, is the likely cause. In open-angle glaucoma, the drainage slows, leading to a surplus that builds pressure in the eye, damaging the optic nerve and retina.

Angle-closure glaucoma stems from a congenital malformation of the eye’s drainage system. When this develops, the angle into which the aqueous fluid normally drains becomes blocked. The eye pressure increases so rapidly that vision loss can progress to such serious glaucoma symptoms as blindness within just one or two days if not treated aggressively.

How It Happens: Glaucoma Causes and Symptoms

Glaucoma is caused by a build-up of pressure in the eye from excess or blocked aqueous humor. The pressure builds and eventually damages the retina and optic nerve, causing blindness.

Angle-closure glaucoma symptoms include these effects:

If you have any of these symptoms, seek medical attention immediately. Doctors can save your sight with prompt treatment, usually by creating a tiny hole in your iris to relieve pressure. Do not procrastinate, because the damage happens fast, and once vision is lost, it cannot be restored.

Although there is no cure for glaucoma, treatments aimed at lowering eye pressure can help control, or delay, vision loss and blindness. Keeping intraocular pressure at a steady, low level might further reduce the risk of vision loss.

In the U.S., medications are typically the first line of treatment for glaucoma, and a variety of classes and formulations have been developed, most taken as eye drops.

Here are some medication options:

DO CATS AND DOGS SUFFER FROM GLAUCOMA?

Glaucoma affects not only humans, but our beloved pets as well. 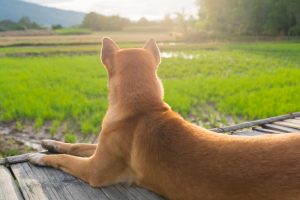 One successful treatment is the use of tiny drains the size of an eyelash, called stents. During a clinical trial, these devices reduced intraocular pressure so stably that after six months, most patients no longer needed eye drops.

In glaucoma patients with advanced disease who are already taking the maximum doses of medication, laser surgery may be more effective than medication for controlling intraocular pressure.

Trabeculoplasty is a type of laser surgery performed in 10 to 20 minutes as an outpatient procedure in a doctor’s office. The doctor uses a high-energy laser to burn holes in the drainage canals to facilitate drainage. You will receive medications to control inflammation, and regular glaucoma drugs.

Trabeculectomy is the removal of the eye’s drainage meshwork in an effort to reduce intraocular pressure.

Surgery may allow you to reduce your dosage or delay taking certain medications. But surgery may not eliminate the need for drugs. In more than half of all patients, intraocular pressure rises after surgery, and eventually requires increasing drug doses.

Conventional surgery is usually offered to patients when medications and laser surgery have failed, or if there is significant damage to an untreated eye, or if there is scarring. It works by creating a new alternative drainage system to replace the natural meshwork drain.

For most patients, conventional surgery is effective and long lasting, but it does not always work the first time. About 40 percent of people require a second surgery.