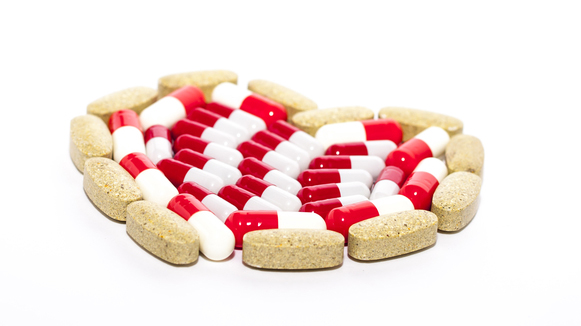 Common beta blocker side effects include cold hands and feet, drowsiness, dry mouth, eyes, and skin, and weakness or dizziness.

Physicians have been prescribing beta blockers for decades. Discovered by Scottish pharmacologist Dr. James Black, who earned a 1988 Nobel Prize for his work, beta blockers revolutionized the treatment of angina (chest pain). Today, the drug is used successfully for far more problems, including other cardiac abnormalities, high blood pressure, abnormal heart rhythms, anxiety, migraines, glaucoma, and hyperthyroid. If you’ve been prescribed this drug, however, you may wonder about beta blocker side effects.

Before we list potential beta blocker side effects, we should remind you that you must not stop taking your prescribed beta blockers without your physician’s okay. Stopping these pills improperly could result in or worsen cardiac problems.

The Texas Heart Institute breaks down beta blocker side effects into categories of the likelihood of them occuring.

WHAT ARE BETA BLOCKERS?

Beta blockers—technically called beta-adrenergic blocking agents—block adrenalin (aka epinephrine) and noradrenalin, both hormones involved in our fight-or-flight responses. So, it makes sense that beta blockers can lower our heart rate, decrease our blood pressure, and slow the rate of heart failure. Physicians now also use beta blockers to treat other conditions, including anxiety, migraines, glaucoma, and hyperthyroidism.

Beyond Beta Blocker Side Effects

Your physician will guide you in your choice of medications, but even more important than beta blocker side effects is a full disclosure to your physician about all the medications—prescriptions, over-the-counter drugs, herbs, supplements—that you’re taking. Beta blockers can interact with allergy shots, anti-depressants, diabetic prescriptions, and other blood-pressure meds.

Be sure your doctor also knows if you’re batting asthma, bronchitis, emphysema, or have COPD (chronic obstructive pulmonary disease).

A September 2017 study at the University of North Carolina at Chapel Hill found that beta blockers may not be needed after a heart attack if the patient is taking ACE inhibitors and statins. The study’s results were published in the Journal of the American College of Cardiology. Its findings challenge the routine of prescribing lifelong beta blockers, ACE inhibitors, and statins to heart-attack survivors.

“We are not saying that beta blockers have no value,” said Gang Fang, an assistant professor at the UNC Eshelman School of Pharmacy and senior author of the study. “It’s just that their benefits appear to have been eclipsed by the duo of ACE inhibitors and statins, which are relatively newer drugs.

“The problem with this three-drug regimen is that it is difficult for people to take their medications as they are supposed to in the long term,” Lang added. “This is especially true of older patients who are likely to already be taking many different drugs.”

The UNC research is supported by another study published in the Journal of the American College of Cardiology in May 2017. Researchers from the University of Leeds (U.K.) also looked at patients who had a heart attack but without heart failure. (In heart failure, the heart muscle is damaged and can’t function properly.)

“There is uncertainty in the evidence as to the benefit of beta-blockers for patients with heart attack and who do not have heart failure,” says Chris Gale, Professor of Cardiovascular Medicine at the University of Leeds and Consultant Cardiologist at York Teaching Hospital Trust. “This study suggests that there may be no mortality advantage associated with the prescription of beta-blockers for patients with heart attack and no heart failure. A necessary next step is the investigation of beta-blockers in this population in a randomized controlled trial.”