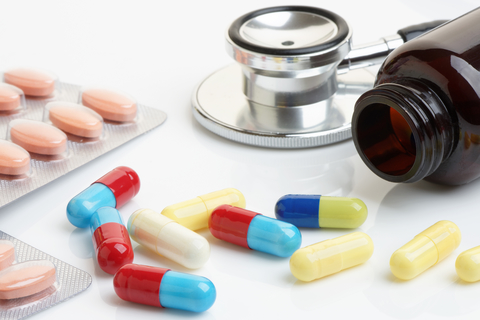 What are beta blockers? Beta blockers modulate the activity of the sympathetic nervous system that produces norepinephrine.

With the advent of beta blockers, and compelling evidence of their effectiveness, recommendations for heart failure treatment have changed. In general, patients are now treated with an angiotensin-converting enzyme (ACE) inhibitor or angiotensin receptor blocker (ARB), plus a diuretic and a beta blocker, to which an aldosterone antagonist or digoxin may be added.

What Are Beta Blockers?

By the mid-1980s, physicians had learned that people with heart failure and high levels of norepinephrine in their blood had an increased risk of dying from their condition. Beta blockers modulate the activity of the sympathetic nervous system that produces norepinephrine.

In addition to increasing survival, beta blockers slow the progression of heart failure, improve NYHA functional class, and reduce the risk of hospitalization and arrhythmias. They also may prevent many of the harmful effects of ventricular remodeling by increasing the ejection fraction and decreasing the size of the heart. These biologic effects appear to reverse remodeling and return the heart to normal size. Beta blockers also lessen the symptoms of heart failure, and make patients feel better.

Beta Blockers: Dosing and Side Effects

Finding the proper dose of a beta blocker is extremely important, because the drug can slow heart rate or lower blood pressure, further limiting the heart’s ability to pump efficiently. Different beta blockers come in a variety of strengths and are taken once or twice a day. The dose of these beta blockers may be doubled every two weeks until the maximum tolerated dose is reached.

The most common side effects of beta blockers are dizziness, slow heartbeat (bradycardia), shortness of breath, and fatigue. These effects can usually be managed by adjusting the dose. However, it is important that you never adjust the dose on your own.

Other side effects may include cold hands and feet, headache, nightmares, difficulty sleeping, wheezing, difficulty breathing, skin rash, swelling of the feet and legs, and sudden weight gain.

Unfortunately, some patients do not do well on beta blockers. In April 2015, the FDA approved the use of ivabradine (Corlanor) for symptomatic heart failure patients who cannot take beta blockers or tolerate the recommended doses. Ivabradine slows the heart rate like beta blockers do, enabling it to pump more effectively.