Home » Daily » Heart Health » When Your Heart Calls Out for Help: Symptoms of a Heart Attack 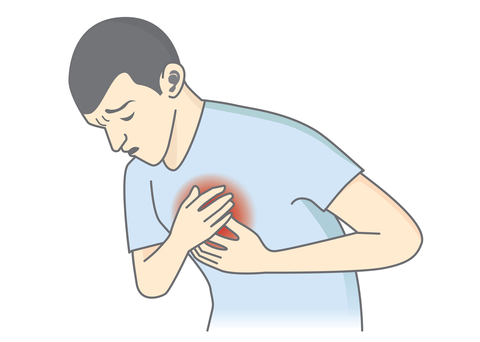 Symptoms of a heart attack may be different depending on if you are a man or woman and are not always obvious.

When everything is going right, your heart “speaks” to you in a slow and rhythmic beat. Do you know how to recognize its call for help during a heart attack? Although a heart attack can sometimes appear suddenly and without previous symptoms, usually that tireless engine that powers your body will send you alerts so you can take action. It’s essential that you recognize these signs and signals so you can get immediate medical help. If it is a heart attack, you could save your life.

José knew he had to call 911 as soon as he felt pressure in his chest and shortness of breath. It was his second cardiac episode and he knew he could not waste a single second.  María, on the other hand, was surprised that her ankles and feet were swollen, but she thought it had to do with “that time of the month.”  Besides the fluid build-up, she began to notice nausea and lack of appetite.  But she didn’t react until she had palpitations and chest pain. Later, while she was recovering at the hospital, she blamed herself for not realizing it was a heart attack. Subconsciously, she thought that because she’s a woman, she would never have one.

Many women, like María, don’t know what’s going on when their heart calls out for help; they ignore the symptoms and don’t act until it’s too late.

Symptoms of a Heart Attack: What You Should Know

Cardiovascular diseases and myocardial infarctions (heart attacks) are the leading cause of death in the United States—for both men and women—so you should be aware of the warning signs:

Symptoms can vary from person to person; some experience a mild discomfort, others, severe pain.

Having only one symptom doesn’t necessarily mean you’re having a heart attack, but if it recurs or if you experience more than two symptoms at the same time, get help immediately—especially if you have other risk factors, such as hypertension, diabetes, or prior history of heart problems.  Don’t forget the following…

Heart Attacks Do Not Discriminate…

Don’t think that you have a lower risk of having a heart attack just because you’re a woman. Women make up almost half the deaths due to heart attacks! Though the most distinct symptoms of a heart attack for both men and women is pain or discomfort in the center of the chest, women tend to show other symptoms like fatigue, nausea, shortness of breath, and jaw or back pain more frequently than men. Many women, like Maria, think their back hurts because they strained it, or that they’re nauseous or feel like vomiting because of something they ate, and don’t treat these symptoms as seriously as they should.

The sooner you get help, the better your chance of surviving a heart attack. Don’t wait if you have any reason to suspect you are having a heart attack. Call 911 or your local emergency number right away and say, “Heart attack!”  Your heart is calling out for help. Be your own hero and go to its rescue! 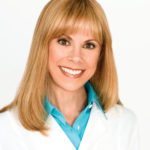 Aliza Lifshitz M.D. (Doctora Aliza) is a renowned physician, author, and health reporter. She is the founder and Editor-in-Chief of VidaySalud.com, the largest online source of health and medical information … Read More