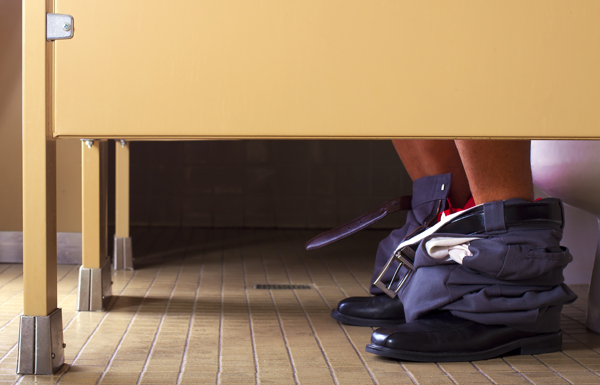 What causes diarrhea? Viruses, infections, food, and other factors can bring it on.

Diarrhea is a digestive disorder that happens to just about everyone at some time. Loose, watery stools, cramps, bloating, and frequent bathroom trips are all common symptoms.

So what causes diarrhea? There are all kinds of potential triggers; these are among the most common:

WHAT YOUR STOOL TELLS YOU

See our post Bristol Stool Chart: What It Can Tell You About Your Health for details on what the shape, consistency, and color of your feces may reveal.

How to Treat Diarrhea

The good news is that diarrhea is often not serious and goes away on its own after one to two days. An over-the-counter bismuth-containing product like Pepto-Bismol or Kaopectate often can help relief. Antibiotics may be prescribed for bacterial or parasite infections. However, if a virus is the cause of your diarrhea, antibiotics will not help.

Dehydration is a common issue with diarrhea, so make sure you drink at least six 8-ounce glasses of fluids every day, like water and fruit juices (which contains potassium to help maintain electrolyte levels.)

Also, some food and drinks can aggravate diarrhea. These include milk products and foods that are greasy, high in fiber, or sweet. It is best to avoid them until your diarrhea subsides.

Several drugs have diarrhea as a possible side effect. These include antibiotics, blood pressure medications, and antacids containing magnesium. Stopping the drug should eliminate the problem. It may also work to simply lower the dose. If you take these drugs and experience diarrhea, speak with your doctor.

Diarrhea is a potential symptom of certain digestive diseases, too, such as inflammatory bowel disease and celiac disease. Irritable bowel syndrome can also cause diarrhea. If you experience regular diarrhea, see your doctor to determine whether any of these are the cause.

Researchers studied mice that had been infected with an AIEC strain against a control group of uninfected mice. They then exposed the mice to bacteria that causes acute infectious gastroenteritis. The mice infected with AIEC had greater disease severity and increased growth of AIEC.

Researchers suggested that identifying those with higher levels of AIEC, who are at risk for Crohn’s disease, could lead to earlier treatment and lowered risk. Crohn’s disease is an inflammatory bowel disease that causes inflammation of the lining of the digestive tract, which can lead to abdominal cramping, diarrhea, weight loss, anemia, and fatigue, and increased risk for colorectal cancer. Currently, there is no cure, though some medications can slow disease progression. (PLOS Pathogens, online Oct. 6, 2016.)
—Diane Muhlfeld
Editor, Duke Medicine Health News

Originally published in 2016 and updated regularly.