Home » Daily » Diabetes » What Is Diabetes? 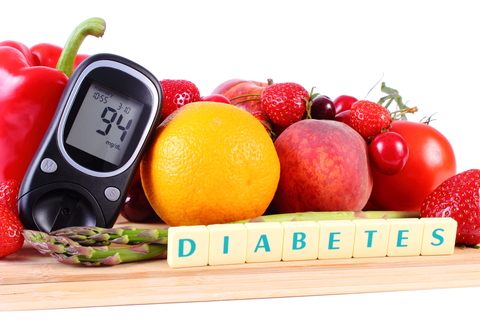 Diabeties is the name of a group of diseases in which the body is unable to properly utilize blood sugar (glucose) for energy.

People who haven’t encountered it may wonder, “What is diabetes?” Also known as diabetes mellitus, diabetes is the name of a group of diseases in which the body is unable to properly utilize blood sugar (glucose) for energy.

There are three primary forms—diabetes type 1, diabetes type 2, and gestational diabetes—and, in each case, the body is unable to effectively move the glucose that results from the metabolism of the sugar and starches we eat into the cells of our muscles, brain, and other vital tissues.

The net result when you experience diabetes symptoms is that the body’s cells are deprived of their energy source and the blood sugar or glucose builds up in the blood.

So how do you get diabetes? In type 1 diabetes, the body does not produce sufficient quantities of insulin, the hormone responsible for allowing glucose to enter the body’s cells. Insulin is produced in the beta cells of the pancreas, an organ located deep in the abdomen. Type 1 diabetes was formerly known as juvenile diabetes because the vast majority of people who develop it do so in childhood or early adulthood. Of all the people who have some form of diabetes, only 5 percent have type 1 diabetes.

Type 2 diabetes represents 90 to 95 percent of all cases of diabetes in adults and typically has an older peak age of onset than type 1 diabetes. In type 2 diabetes symptoms, the cells of the body, but particularly those of the fat, liver, and muscle tissue, have some degree of resistance to the effects of insulin. The beta cells of the pancreas will initially attempt to produce more insulin in an effort to overcome the rising blood glucose levels, but, in most cases, they will not be able to sustain this increased production and become dysfunctional.

There is a range of root problems among people who have type 2 diabetes. Some individuals have significant insulin resistance and only minor beta cell dysfunction while others have minor insulin resistance but significant beta cell dysfunction. For each individual, the nature of their root problem will often dictate what type of treatment they receive.

A more recently recognized condition that’s on the rise is called prediabetes. People with prediabetes have blood glucose levels that are higher than normal but not high enough to be classified as diabetes.

These elevated blood glucose levels, as in type 2 diabetes, are the result of insulin resistance. These individuals have an increased risk of developing type 2 diabetes; in fact, many go on to develop type 2 diabetes within 10 years of being diagnosed with prediabetes.

Gestational diabetes is a condition that usually develops around the 24th week of pregnancy. During pregnancy the placenta produces hormones that support the baby as it grows and develops. These hormones, however, have the added effect of causing the mother’s cells to become more resistant to insulin.

For diabetics, diet information is important. Visit these pages for information on what to eat and what to avoid:

Originally posted in May 2016 and updated.