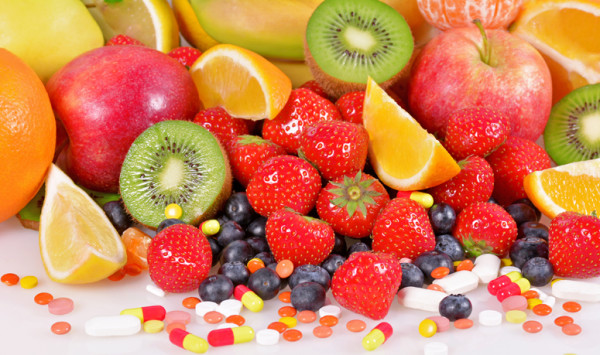 Where do apples and oranges land on the Glycemic Index chart? How about kiwis, strawberries, and blueberries? The answers are below.

The Glycemic Index (GI) chart shows how much and how quickly a carbohydrate-containing food raises your blood-sugar levels. The lower a food is on the GI, the lower the effect on your blood sugar.

The standardized Glycemic Index ranges from 0 to 100. Zero-glycemic foods—those without carbohydrates—include items like meats, fish, and oils. Pure sugar has a glycemic index of 100. Low-glycemic foods have a glycemic load of 55 or lower and include most fruits and vegetables, beans, dairy, and some grains. Foods such as bananas, raisins, and sweet potatoes are considered to be medium-glycemic foods and are ranked between 56 and 69. High-glycemic foods are ranked at 70 and above and include table sugar, ice cream, and other heavily processed foods that are high in calories and fat.

GLYCEMIC LOAD: A BETTER WAY TO TO MEASURE CARB CONSUMPTION

As we’ve already discussed, the glycemic index (GI) is a numerical system that measures how much of a rise in circulating blood sugar a carbohydrate triggers—the higher the number, the greater the blood sugar response.

Another example is beans. Lentils or pinto beans have a glycemic load that is approximately three times lower than instant mashed potatoes, for example, and therefore will not cause large spikes in blood-sugar levels.

Stabilizing your blood sugar is accomplished by lowering the overall glycemic load of your diet. Actually studying the glycemic loads of various foods is an interesting exercise, but it isn’t necessary as long as you eat regularly, choose the right carbs, and avoid white flour and sugars.

Q : A friend has managed to control her diabetes by following a “GI diet.” Can you shed light on what she means, since I don’t think she is referring to the “Meals Ready to Eat” used by the military!

A: Your friend is definitely not referring to MREs! It sounds as if the diet she’s following is based on what’s called the “Glycemic Index,” or GI, which is a measure of a food’s ability to raise blood sugar levels compared with a reference food (either glucose or white bread). High GI foods—which are assigned a value of 70 and above—cause blood sugar to spike, which may contribute to poor eating behaviors. Low GI foods (with a value below 55) cause blood sugar to rise more slowly, which helps regulate the appetite.

Studies suggest that following the GI diet may help diabetics better manage their blood sugar, and there also is evidence the diet may help people maintain a healthy weight. This is likely because the diet prioritizes unrefined grains, which are low in calories, and fiber-rich—because fiber takes longer to digest, the GI diet may help you feel fuller for longer, meaning you’ll be less likely to snack between meals. However, the diet can be tricky to manage, since a food’s GI can change depending on how it is cooked or processed, and if it is eaten with other foods.

Ed. note: You can find out more about the GI at this National Institutes of Health page and at this Science Daily page.