What causes diabetes depends on the form of the disease. The origins of type 1 and type 2 diabetes differ, although experts believe that both types stem from a combination of genetic and environmental factors.

In type 1 diabetes, the body?s immune system attacks cells in the pancreas that produce insulin?a hormone that moves sugar (glucose) from the bloodstream into the body?s cells. A genetic predisposition is at least partly responsible for this immune system attack. Certain viruses, including enteroviruses, could potentially initiate the autoimmune reaction that leads to the disease.

What causes diabetes type 2 is increasing resistance of the cells to the effects of insulin. As a result, sugar builds up in the bloodstream. Having an excess of fatty tissue can make the cells more resistant to insulin, although it is possible to get the disease without being overweight. A sedentary lifestyle and a diet high in saturated fat can also contribute to diabetes risk, in part by leading to weight gain. Exercise helps the body use glucose and makes cells more sensitive to the effects of insulin. The risk of diabetes increases with age, which may be due in part to weight gain that naturally occurs in the later years. High blood pressure and smoking are also factors in the development of type 2 diabetes.

Is Fructose Bad for You? Here’s Why Fructose May Be Worse Than Sugar

The Atkins diet and a traditional Japanese diet may seem about as far apart as two diets can get: Atkins is low-carb/high-fat while Japanese is high-carb/low-fat. But they both work to promote weight loss and they do have one thing in common: They eliminate the simple sugar known as fructose. … Read More 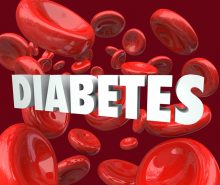 Is There a Cure for Diabetes?

Every year in the United States, 1.5 million people are diagnosed with diabetes, and it's the seventh-leading cause of death, according to the American Diabetes Association. Can diabetes be cured? Let's first consider the two main types: Type 1 (or juvenile) diabetesaccounts for 5 percent of all cases. Type 2 … Read More 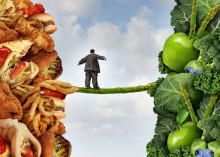 How Do You Get Diabetes?

The worldwide prevalence of diabetes is reaching epidemic proportions, recent data suggests. So, the critical question for everyone is: How do you get diabetes? A number of underlying factors are to blame for the global upswing in diabetes cases. To avoid becoming part of the statistics, it’s vital to understand … Read More

Prediabetes Symptoms: Are They a Reliable Indicator?

During your latest doctor’s appointment, your physician breaks the news that you have prediabetes. It means your blood-sugar levels are elevated, but not high enough to be considered type 2 diabetes. You’re surprised not only by the diagnosis, but also by the fact that you experienced no prediabetes symptoms. After … Read More

Diabetes symptoms in men can mirror diabetes symptoms in women, but there are some differences, as we discuss here. It helps to first understand what diabetes is: a condition characterized by elevated blood glucose levels, which can lead to a number of serious complications. In people without diabetes, the pancreas … Read More

People who haven’t encountered it may wonder, "What is diabetes?" Also known as diabetes mellitus, diabetes is the name of a group of diseases in which the body is unable to properly utilize blood sugar (glucose) for energy. There are three primary forms—diabetes type 1, diabetes type 2, and gestational … Read More 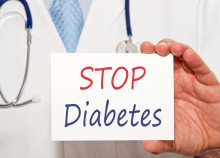 Is diabetes inherited? Or do diabetes symptoms emerge when you consider lifestyle factors like diet, smoking, and exercise? There are actually different causes for Type 1 diabetes, Type 2 diabetes, and gestational diabetes, but most scientists agree that all three are influenced by both a person’s genes and their environment. … Read More

Research published in 2012 in the journal Global Public Health reveals what causes diabetes, and it’s not sugar! The study proves there is an “ecological relationship” between consumption of this one little ingredient and increased type 2 diabetes rates. In fact, since the invention of this sweetener in the 1970s, … Read More