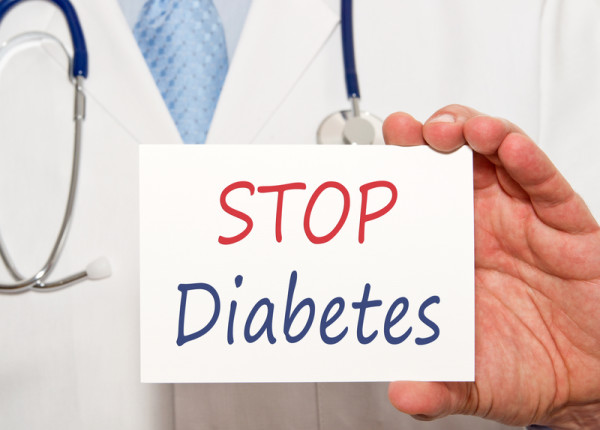 Genetics play a role in diabetes, but there are steps we can take to lessen our risk factor.

Is diabetes inherited? Or do diabetes symptoms emerge when you consider lifestyle factors like diet, smoking, and exercise? There are actually different causes for Type 1 diabetes, Type 2 diabetes, and gestational diabetes, but most scientists agree that all three are influenced by both a person’s genes and their environment.

In Type 1 diabetes, for reasons not yet fully understood, the body’s immune system attacks the cells in the pancreas that produce insulin. This results in the pancreas’s inability to produce enough insulin to allow glucose to enter the cells of the body, elevating blood glucose levels.

This attack on the pancreas by the immune system, which disrupts normal glucose levels, does not appear to be caused simply be a person’s genes, although evidence does suggest there is some degree of genetic predisposition. For example, among identical twins—who share the same genes—if one twin develops Type 1 diabetes, the other twin’s risk of developing it is at most 50 percent. The fact that, despite having identical genes, the other twin does not always develop the disease suggests that there are also some environmental factors that influence the development of the Type 1 diabetes. 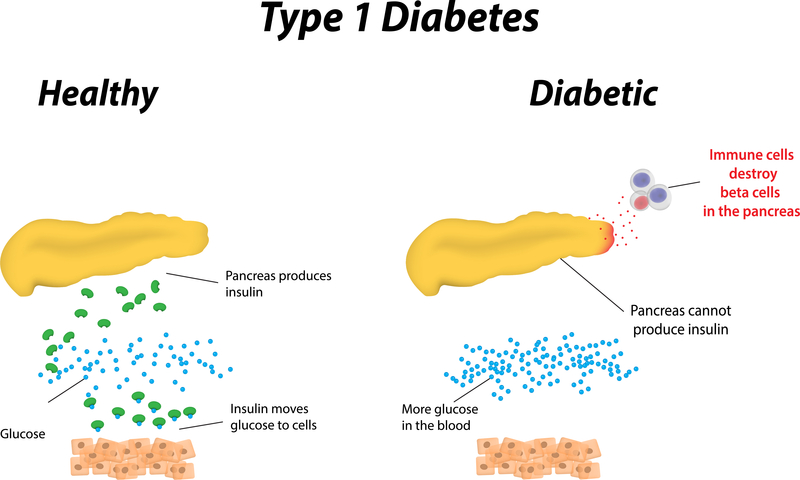 In Type 1 diabetes, for reasons not yet fully understood, the body’s immune system attacks the cells in the pancreas that produce insulin.

The insulin resistance that characterizes Type 2 diabetes is thought, like Type 1 diabetes, to be caused by a combination of genetic and environmental factors. The genetic risk in Type 2 diabetes, however, is stronger than that of Type 1.

A twin’s risk of developing Type 2 diabetes if his or her identical twin already has it is as high as 75 percent—significantly higher than with Type 1 diabetes. Research has identified a number of environmental risk factors that influence the development of diabetes. A diabetic diet is critical for people who have Type 2 diabetes symptoms.

The vast majority of women with gestational diabetes will have symptoms resolve as soon as they deliver their baby; however, these mothers are at increased risk of developing diabetes later in life. Most research suggests that that risk is greatest for Type 2 diabetes. In fact studies have shown that risk to be as high as 60 percent.

A Finnish study, however, demonstrated that of the women with gestational diabetes who proceeded to develop diabetes later in life, 50 percent developed Type 1 and 50% developed Type 2. Research also suggests that once you have had gestational diabetes, your risk of having it in a subsequent pregnancy is increased anywhere from 30 to 69 percent. Lifestyle modifications such as healthy eating and weight management can reduce this risk.