A doctor might prescribe a PPI for severe heartburn and acid reflux, but most people should cut their PPI use after two weeks due to the possible side effects.

PPIs reduce the amount of stomach acid made by the acid glands of your stomach. Many brands of PPI are over-the-counter (OTC). Your doctor may also prescribe a higher and longer dose PPI for severe stomach acid problems like gastroesophageal reflux disease (GERD), stomach or duodenal ulcer disease, and inflammation of the esophagus. OTC PPIs include:

Other types of OTC antacids work more quickly than PPIs, but they are not as powerful. These include antacids like Tums or Rolaids and drugs called histamine-2 (H2) blockers, like cimetidine (Tagamet) and famotidine (Pepcid).

OTC PPIs are approved to treat heartburn that occurs frequently, on two or more days per week. They are taken as pills or capsules, once per day, before your morning meal. PPI directions for use say you should only take a PPI for up to two weeks and not for more than three times per year unless you check with your doctor first. 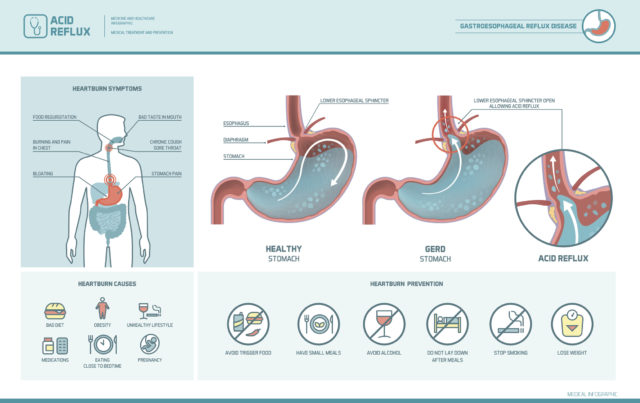 While your stomach lining is strong enough to handle a normal amount of stomach acid, your esophagus is not. This is what causes heartburn.

Short-Term Side Effects of PPIs

If you take a PPI for frequent heartburn as directed – not longer than two weeks – side effects are rare and usually mild. Common side effects include:

Other side effects may include itching or dizziness. Side effects stop when you stop taking the PPI and do not lead to serious complications.

Because PPIs are so effective, they have become one of the most commonly used OTC medications. Many people take a PPI on their own for many weeks or even many years. Doctors may also prescribe long-term PPI treatment for some people. Because the long-term effects of PPIs were not known, many studies have been done to look for them.

In 2010, the U.S. Food and Drug Administration (FDA) cautioned people and their doctors that long-term use of PPIs may increase the risk of hip, wrist, and bone fractures. This side effect is more likely in patients ages 50 and older taking a prescription strength PPI for one year or longer.

In 2012, the FDA put out another warning that PPIs may increase the risk of a bacterial gastrointestinal infection called C. difficile associated diarrhea. This watery and painful diarrhea does not go away without treatment. This side effect often occurred in people who were elderly, had a long-term health condition, or were taking antibiotics.

What Does the Research Say About Long-Term Effects of PPI?

Since the FDA warnings, a recent review of long-term PPI side effects has been published in the journal Basic & Clinical Pharmacology & Toxicology. Sixty-seven studies, case reports, and reviews were included. Side effects that were studied and reviewed include:

The authors of the review conclude that the most likely side effects from long-term PPIs are gastrointestinal infection and rebound hypersecretion heartburn. Other long-term dangers of PPIs have not been supported by enough research to limit their use in people who need them. PPIs should be used in the lowest effective dose and stopped if they are no longer needed.

Getting Off Proton Pump Inhibitors and Alternative Solutions

If you have been taking a PPI for a long time, you may have a lot of heartburn if you stop taking the PPI suddenly. Talk to your doctor about getting off a long-term PPI. You may need to taper the dose of your PPI slowly and use an H2-blocker to manage symptoms until your stomach acid secretion returns to normal.

You can try some alternative solutions for getting rid of heartburn without medication. The Mayo Clinic suggests these lifestyle changes: 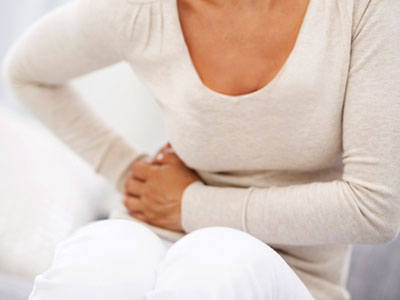