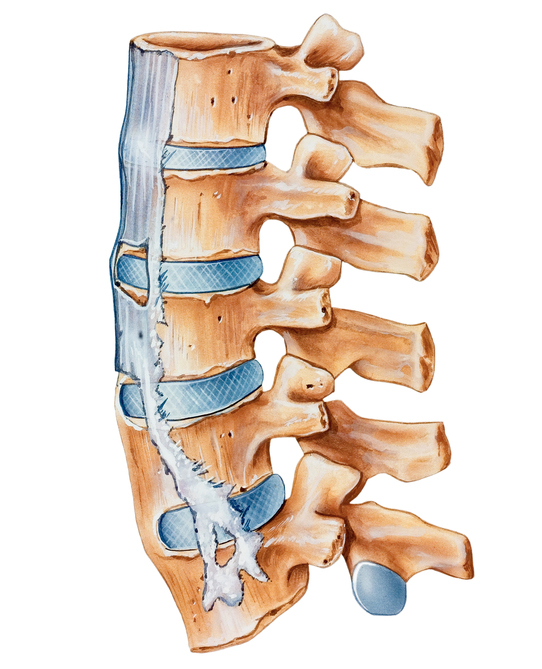 Ankylosing spondylitis is known to predominantly affect men. The condition's symptoms include lower back pain and stiffness.

Back pain is a common complaint. Most often the cause is something like a pulled muscle or overstretched ligament, and it is short-lived. Deterioration of cartilage and disks in the spine can also lead to back problems. For a smaller number of people with back pain, the cause is ankylosing spondylitis (AS), a type of arthritis.

Ankylosing spondylitis causes inflammation at the joints in the spine and the joint at the bottom of the spine that connects it to the pelvis (sacroiliac joint), resulting in pain and discomfort. Bony bridges form over time between vertebrae in the spine; the result: loss of range of motion. Some bones, in fact, may permanently fuse together.

Ankylosing spondylitis (listen to how it’s pronounced by clicking here) can’t be cured, but it can be treated and slowed down. Because some aspects of treatment differ from that of other causes of back pain, it’s critical to make a timely diagnosis.

Chronic back pain lasting three months or more is the most common symptom of AS. Certain characteristics of the pain can help to distinguish it from other causes of low back pain. The pain is typically worse at night and in the morning, lasting for an hour or more.

WHAT YOU NEED DO KNOW

QUICK HITS ON ANKYLOSING SPONDYLITIS (AS)

Exercising—including stretching—can ease symptoms, experts say. Other types of back pain require rest; not so with ankylosing spondylitis. The pain caused by this condition doesn’t get better with rest.

Symptoms of AS usually begin before age 40, but there’s often a long lag time before diagnosis. Doctors report seeing ankylosing spondylitis patients in their 60s and 70s who are newly diagnosed, even though they’ve had symptoms for decades.

It’s not known what causes AS, but genetics plays at least some role. The condition is more common in men and in Caucasians, and about 90 percent of Caucasians with AS carry a gene called HLA-B27. However, not everyone with the gene will get AS—and people without the gene can develop the condition. Therefore, other factors also contribute. Smoking, for example, can increase risk for AS.

It’s not possible to predict who will get AS. But having the symptoms described above in addition to a first- or second-degree relative (parent, grandparent, sibling, aunt or uncle) with a type of arthritis in a group of conditions called spondyloarthritis—which includes AS, psoriatic arthritis, arthritis-related inflammatory bowel disease, and reactive arthritis—should prompt you to be evaluated for AS. 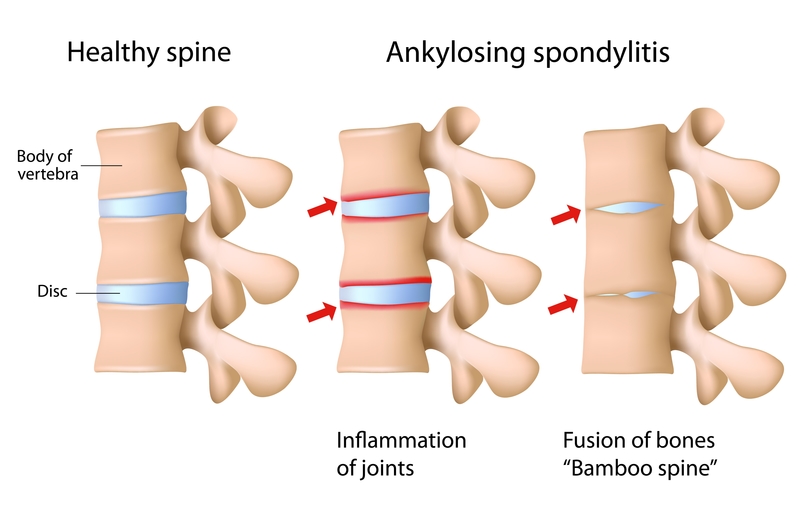 This graphic compares a healthy spine with one affected by ankylosing spondylitis. When bones fuse together, the effect can be what’s known as “bamboo spine.” [Illustration: © Alila07 | Dreamstime.com]

Ankylosing spondylitis is diagnosed with a physical examination and X-rays. However, early in the disease, the X-rays may appear normal. In some cases, a magnetic resonance imaging (MRI) test may be done to look for inflammatory changes in the lower spine.

Goals of treatment are to relieve pain and prevent or delay further damage to joints. Exercise, again, is important, and may be combined with medications. Biologic agents that target the underlying mechanisms that trigger inflammation can reduce pain and improve function.

In addition, they have been shown in some studies to slow down the worsening of the disease. The ones approved for AS include adalimumab (Humira), infliximab (Remicade), etanercept (Enbrel), certolizumab (Cimzia), golimumab (Simponi) and secukinumab (Cosentyx). 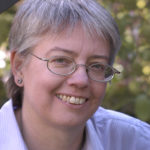