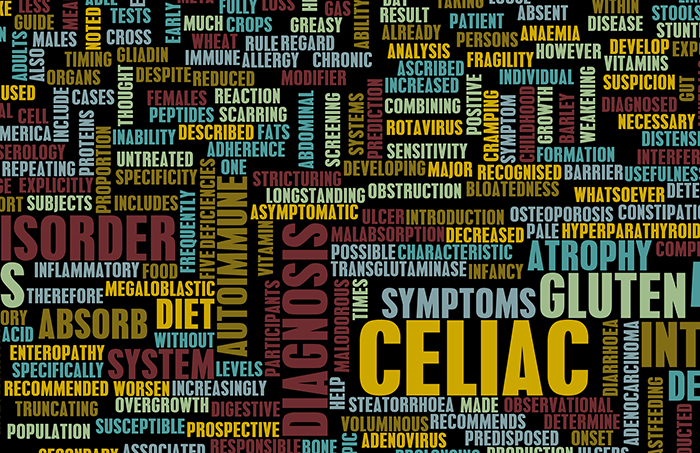 According to a UK study, celiac disease can raise the risk of pregnancy complications.

A 1999 Italian study published in the journal Gastroenterology showed that the prevalence of other autoimmune disorders in patients with celiac disease is related to the duration of exposure to gluten. The older patients were when diagnosed with celiac disease, the greater their chances of developing other autoimmune disorders like hypothyroidism, but also—less commonly—hyperthyroidism, Addison’s disease, vitamin B12 deficiency, vitiligo (spotty loss of skin pigment), and alopecia (hair loss), among others.

How Common is Non-Celiac Gluten Sensitivity?

Patients with non-celiac gluten sensitivity might have various reactions to gluten. In a study of 347 gluten-sensitive patients conducted by the University of Maryland, 68 percent experienced abdominal pain, 40 percent had eczema or a rash, and approximately a third reported headache, diarrhea, fatigue, or “foggy mind.” Depression, anemia, numbness in the legs, arms or fingers, and joint pain were also frequently reported.

How Is Gluten Sensitivity Diagnosed?

Currently, non-celiac gluten sensitivity is a diagnosis of exclusion; it’s diagnosed only after other conditions are ruled out. Non-celiac gluten sensitivity is not an allergic condition, is not an autoimmune reaction to gluten, does not cause any significant damage to the small intestine, and is not associated with HLA genes (as is celiac disease).