Gluten is a protein found in grains like wheat, rye, and barley. People with celiac disease must stick to a gluten-free diet, avoiding all gluten-containing foods. Celiac disease is a condition in which the immune system attacks the small intestine and damages it when gluten is present. This damage can make it more difficult to absorb nutrients from food, potentially leading to malnutrition. Even a tiny amount of gluten can produce intestinal damage and symptoms like stomach upset, rash, fatigue, and joint pain. People with non-celiac gluten sensitivity?symptoms similar to those of celiac disease, but that don?t involve inflammation in the intestines?will need to limit or stay away from gluten-containing foods, too.

Eating a gluten-free diet doesn?t have to be impossibly strict or hard to follow. People can still eat a well-balanced menu of foods. Fruits, vegetables, fish, rice, and unprocessed meats can all be included in a gluten-free diet. Even some foods that traditionally include grains aren?t off-limits. Many breads, pasta, and cookies made with alternative grains like bean flour, amaranth, corn flour, and millet are available. A gluten-free diet can incorporate other types of grains, too, including arrowroot, beans, buckwheat, flax, millet, nut flours, potato, quinoa, rice, sorghum, soy, and tapioca.

To stick with a gluten-free diet, people with celiac disease and gluten sensitivity need to stay alert for gluten in all its forms. Reading food labels and asking questions when ordering in restaurants can prevent symptoms, as well as further intestinal damage. Many packaged products are labeled ?gluten-free.? The FDA requires that these foods contain less than 20 parts per million (ppm) of gluten.

It?s important for people with celiac disease to also be vigilant about foods that might not seem like obvious sources of gluten. These include salad dressings, medications, beer, communion wafers, soups, marinades, imitation bacon and seafood, processed lunch meats, soy sauce, and thickeners.

Vitamin B12 Deficiency Symptoms Can Range Far Beyond Fatigue

Vitamin B12 is best known—and most promoted—as a cure for fatigue, but this vitamin is important for much more than keeping energy levels up. Vitamin B12 deficiency symptoms include everything from depression, fatigue, and memory loss to canker sores and dizziness. Vitamin B12 plays crucial roles in maintaining the health … Read More

If you’re a fan of Middle Eastern or Mediterranean cuisine, you’re probably already familiar with the creamy deliciousness that is hummus. And even if you aren’t familiar with those cuisines, you’ve probably seen it served at parties or in restaurants and were somewhat curious about how it tastes and what … Read More 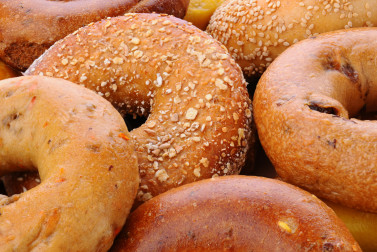 Mike and Mary are young marrieds who share more than a household. Mike has celiac disease and Mary has both gluten intolerance and lactose intolerance. But they have more in common than just an aversion to gluten and their gluten-free diet regimen. "We absolutely crave bread," says Mary from her … Read More 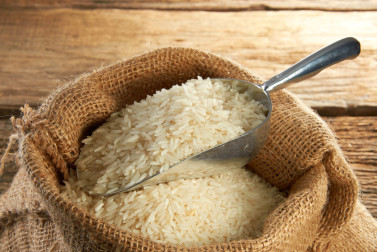 Rice is a popular grain that is ubiquitous in the gluten-free diet. And rice flour, both white and brown, is a standard ingredient in most commercial gluten-free baked goods and flour blends. That’s good to know if you have gluten intolerance symptoms. So if you’re asking yourself, "Is rice gluten-free?"—the answer is an … Read More

The month of May—recognized as Celiac Disease Awareness Month—draws attention to this misunderstood disease. But those who eat a celiac diet all year 'round know too well the challenges—and I can relate. When I was 18 months old, I was diagnosed with celiac disease (CD)—a digestive disorder that affects approximately … Read More 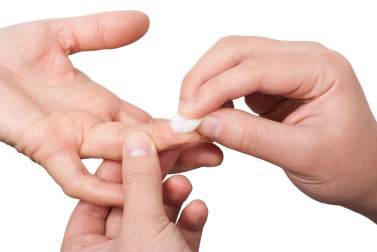 Celiac Disease: How Do You Know If You Have It?

When it comes to a suspected case of Celiac disease or food allergy symptoms, everyone’s reaction is usually the same: "Okay, what am I in for? How much time will this take? Is there a gluten-free food list? And what will it cost?" Notions of how to care for loved … Read More 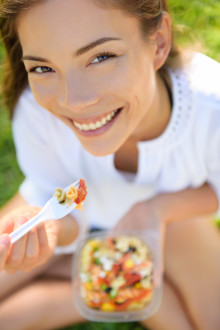 Keeping a strict celiac disease diet—avoiding all foods that contain wheat, rye, or barley—is essential for those with celiac disease or non-celiac gluten sensitivity. People on a gluten-free diet can eat a well-balanced menu with a wide variety of foods. Unprocessed meat, fish, rice, fruits, and vegetables do not contain … Read More