Obstructive sleep apnea is the most common sleep-related breathing disorder, affecting 3 percent to 7 percent of the population. In obstructive sleep apnea, the airway narrows and/or collapses, and individuals stop breathing for brief, repeated periods throughout the night. This causes reductions in the body’s oxygen levels and disrupts normal … Read More 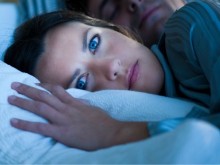 Can’t Sleep? Here’s What May Help Beat Your Insomnia

Insomnia is now at epidemic levels. Up to half of Americans are wondering how to beat insomnia and suffer from at least one of the four cardinal insomnia symptoms: Difficulty falling asleep Inability to stay asleep Waking up in the early morning Experiencing nonrestorative sleep Almost a quarter of the … Read More

Sleep apnea is best known for snoring, but did you know that there are a multitude of other sleep apnea symptoms that you might not know about? If you’ve been dealing with symptoms like dry mouth, headache, or even depression, sleep apnea might be to blame. Finding effective sleep apnea … Read More 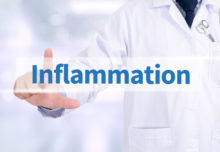 Chronic Inflammation? Here’s How Altering Your Lifestyle Can Help

Your immune system is like a home security system. When you suffer an injury or infection, it sets off an alarm—what we know as an inflammatory response—by sending immune cells to neutralize viruses, bacteria, and other intruders that breach your outer defenses, thereby protecting healthy cells and tissues from damage. … Read More

You slept for seven hours last night, but today you still feel tired. Sometime overnight, your bed partner retreated to the couch, unable to tolerate your snoring and recurrent awakenings. Trouble is, you don’t remember a thing. All signs point to obstructive sleep apnea, characterized by brief halts in breathing … Read More 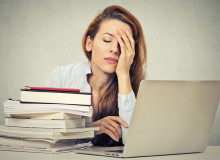 Is My Daytime Sleepiness Really Narcolepsy?

The term "narcolepsy" may conjure up almost comical images of someone falling asleep in the middle of a conversation. But this sleeping disorder is no laughing matter to those who struggle with it. Narcolepsy symptoms include more than excessive daytime sleepiness (EDS). They include bouts of muscle weakness (cataplexy) and … Read More

There is no cure for narcolepsy, that unusual medical condition in which someone suddenly falls into a deep sleep in the midst of such normal behaviors as talking or working. Medications, however, can help increase daytime alertness. Modafinil (Provigil), for example, is approved specifically for the excessive daytime sleepiness that … Read More

Why Am I Tired All the Time? Fatigue vs. Sleepiness

If you’ve been wondering “Why am I tired all the time?” you may be chronically sleepy, or fatigued, or both. If you truly want to understand why you’re so exhausted, and find a solution, it helps to know the difference between the two. Often some detective work is needed before … Read More 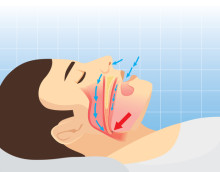 Many suffer from it, but most don’t know what causes sleep apnea. The most common form is obstructive sleep apnea (OSA), which occurs when breathing is interrupted when the upper airway is blocked by the collapse of excess soft tissue in the back of the mouth during sleep. The effect … Read More