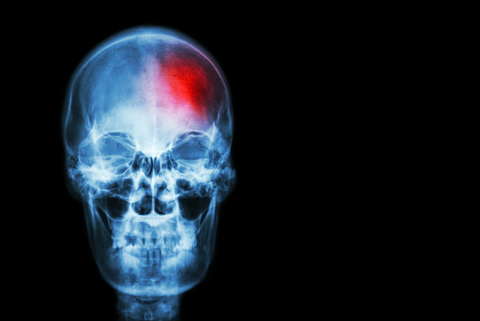 Ischemic and hemorrhagic stroke causes can vary from person to person depending on a number of reasons.

About 87 percent of strokes are ischemic, meaning they are caused by a blockage of blood flow to the brain. Most ischemic strokes are the result of cardiovascular disease, or atherosclerosis. Ischemic stroke causes can also be from a clot (embolism) that forms in the heart or aorta, breaks away, and becomes lodged in a brain artery. People with atrial fibrillation, valve disease, and artificial heart valves are at risk for these so-called emboli. Other rare conditions can also cause an ischemic stroke.

Certain medications, including ranibizumab (Lucentis) for macular degeneration and COX-2 inhibitors for arthritis pain, may raise the risk of stroke. Your physician will weigh the benefits of these drugs against the possible risk before prescribing them.

This article will take a closer look at the many different ischemic and hemorrhagic stroke causes.

Atherosclerosis is a progressive disease that damages the arteries and affects how well they function. In atherosclerosis, cholesterol and other substances are deposited within the arterial wall, and certain types of cells begin to grow and divide, forming plaques. In some cases, these plaques become so large they may restrict or block the flow of blood. They can also erupt or break apart. Plaque promotes local clot formation, and if the clot grows so large that it halts blood flow, the result is a thrombotic stroke. If it breaks apart, pieces of plaque and blood clot may flow into the bloodstream as emboli. When emboli lodge in a smaller artery and obstruct blood flow, an embolic stroke occurs.

In patients with atherosclerosis, the aortic arch can be a source of blood clots. This is known as aortic arch atheroma, and it tends to affect older patients with high blood pressure. Although the arch itself is large and not likely to become blocked with plaque, atherosclerotic plaques that form in this region are prone to breaking off and traveling toward the brain.

Diseases of the mitral valve, which connects the left atrium and left ventricle, are associated with increased risk of ischemic stroke. Mitral stenosis and mitral regurgitation account for most of these strokes. A bacterial infection known as infective endocarditis can cause plaque and other debris to slough off, resulting in an embolic stroke. Fortunately, treatment with antibiotics can greatly reduce the risk.

Atrial fibrillation is a heart rhythm disturbance (arrhythmia) originating in the upper chambers of the heart (atria). Untreated atrial fibrillation increases the risk for ischemic stroke five-fold. That’s because uncoordinated, poor pumping action of the heart may cause blood to pool in some areas of the left atrium and form a clot. Most of these clots form in a sac called the atrial appendage. From there, the clot may become dislodged and flow into the left ventricle, where it is pumped through the aortic valve into the aorta and on through the common carotid or vertebral arteries, internal carotid arteries, and finally into one of the smaller cerebral arteries, where it lodges, causing an ischemic stroke.

Hypertension is dangerous because increased pressure and stress on the blood vessels causes arteries to age faster, making them more likely to rupture and cause hemorrhagic stroke or develop fatty plaques, which increases the risk of ischemic stroke. Most hypertension-related hemorrhages in the brain are spontaneous and occur most commonly in the small arteries located deep in the brain.

A patent foramen ovale (PFO) is a hole between the right and left atria. At birth, this hole usually closes, but in about 20 to 25 percent of people it remains open or patent (pronounced PAY-tent). An open hole allows blood to flow from the right atrium into the left atrium when the pressure on the right side is greater than on the left. This can occur from coughing, sneezing, or straining on the toilet. The danger is that an embolus on the right side of the heart will pass to the left side, where it is eventually pumped to the brain and causes a stroke.

When you sleep, the muscles in your neck relax. In some people, this causes their throat to collapse, slowing or temporarily halting their breathing. This is called obstructive sleep apnea (OSA). OSA increases the risk of a fatal or nonfatal stroke and heart attack.

Aneurysms form in weakened areas of an artery wall. As the wall weakens, even normal blood pressure can cause it to balloon out. A burst aneurysm is the most common cause of a spontaneous subarachnoid hemorrhagic stroke.

Other less-common hemorrhagic stroke causes include: