Home » Daily » Heart Health » What Is a Normal Cholesterol Level? 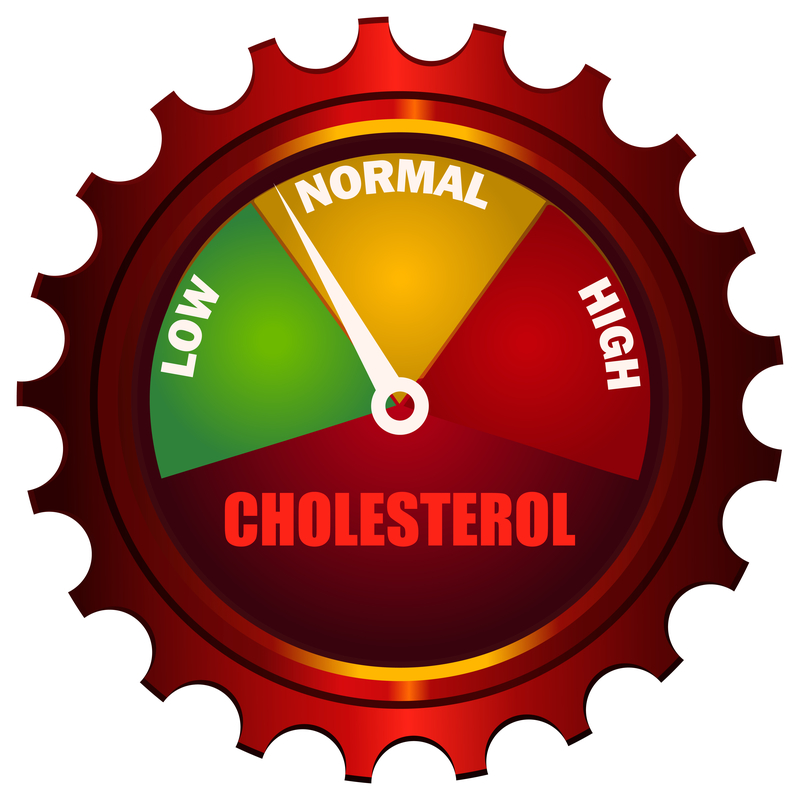 Looking to get your cholesterol reading to a healthy level? Weight management and at least 150 minutes of aerobic exercise per week are key lifestyle points that can help you achieve a normal cholesterol level.

You already know that keeping your cholesterol in check is important for heart health. High cholesterol is associated with clogged arteries and a greater chance of a heart attack. But you may be wondering: What exactly is a normal cholesterol level, and how do I get there? And you’re probably hoping to address that issue before you start experiencing blocked artery symptoms such as chest pains.

Cholesterol is a type of lipid, a fat found in the bloodstream. Other important lipids are triglycerides. Your cholesterol and triglycerides make up your lipid profile, which can be checked in a standard blood test.

The main numbers you want to know are:

What Is a Normal Cholesterol Level?

When you have your lipid profile measured in a blood test, you’ll receive separate numbers for LDL, HDL, and triglycerides. You should see how each number compares to a normal cholesterol level.

When you hear people talk about a higher-than-normal cholesterol level, they’re usually referring to your LDL cholesterol. Too much cholesterol plaque in your blood vessels can result in painful or dangerous blocked artery symptoms throughout the body.

In your lower legs, blocked artery symptoms may include pain while walking. This is associated with a condition called peripheral artery disease, or PAD. You may have clogged carotid arteries, which are the main arteries carrying blood to the brain. This condition doesn’t always produce symptoms, but it can lead to a stroke.

The blocked artery symptoms that may be most familiar to you are those that develop when the blood vessels in the heart have too much cholesterol plaque buildup. When these blood vessels—known as coronary arteries—become too narrow, the heart muscle becomes starved for blood. Chest pain, also called angina, follows.

The real danger occurs, though, when an area of plaque ruptures inside an artery. The white blood cells and fatty deposits (including cholesterol) within the plaque spill out into the bloodstream. Platelets clump together at the site of the rupture and form a blood clot, also known as a thrombus. If the thrombus is big enough, you have the makings of a heart attack with a completely blocked artery.

Symptoms of a heart attack—such as chest pain, cold sweats, nausea, shortness of breath, and possible pain in the neck, jaw, back, and arms—will follow. In some cases, the thrombus will clear out on its own and dissolve eventually. If it remains in the coronary artery, the heart attack will continue until blood flow is restored to the heart muscle, usually with bypass surgery or a by placing a stent in the blocked artery. In some cases, thrombolytic medications can dissolve a small thrombus and get blood flowing again.

Blocked arteries in the legs, neck, or heart can sometimes be treated with stents, which are tiny, flexible mesh tubes that help maintain healthy blood flow in narrowed areas. Sometimes bypass surgery is the answer. A bypass involves taking a blood vessel from elsewhere in the body and attaching it to the blocked artery above and below the blockage. The “new” blood vessel helps reroute blood around the blockage.

Cholesterol and the Brain

“Unhealthy patterns of cholesterol could be directly causing the higher levels of amyloid known to contribute to Alzheimer’s, in the same way that such patterns promote heart disease,” Dr. Reed says.

If your LDL or HDL is outside the normal cholesterol level for each type of lipid, you should discuss with your doctor how to obtain healthy cholesterol levels. While statins and other medications, called PCSK9 inhibitors, are proven to help lower your LDL levels and reduce your heart attack risk, there is less evidence to support raising your HDL with medication. Niacin, for example, is a commonly prescribed medication to help raise HDL. But there isn’t solid evidence that raising HDL with drugs actually reduces your heart attack risk.

Still, you can adopt lifestyle changes—such as weight management and at least 150 minutes of aerobic exercise each week—that are strongly associated with achieving a healthy level of cholesterol. If you’re a smoker, quitting the habit is highly recommended.

So if your next blood test scores don’t match up to a normal cholesterol level, talk with your doctor about what you can do to help improve your lipid profile.

For information on how to achieve a normal cholesterol level naturally, please visit these posts:

Fran C. Grossman, RD, MS, CDE, CDN, a member of the editorial advisory board for the Icahn School of Medicine at Mount Sinai’s Focus on Healthy Aging, answers a common question about the cholesterol level of eggs.

Q. I often eat an egg for breakfast, but I keep being told they aren’t healthy. Is this true?

A. At one time, people used to be advised to limit their consumption of eggs because the yolks are high in cholesterol, and high cholesterol levels are associated with cardiovascular disease, heart attack, and stroke. However, recent research suggests that cholesterol in the foods we eat has little effect on blood cholesterol levels. This means you should certainly be safe continuing with your morning egg—and you’ll benefit nutritionally from doing so, since eggs are packed with vital nutrients, and also are a good source of protein.

Eggs contain small amounts of many B vitamins, but are most notable for choline, a nutrient that is crucial for brain and nerve function. Most Americans come up short of the adequate daily intake of 425 milligrams (mg) for women, and 550 mg for men. One large egg has about 125 mg of choline. Eggs also contain selenium, which plays a role in thyroid hormone metabolism and may help prevent cancer; and iodine, a key component of two thyroid hormones that are involved in regulating metabolism. Egg yolks are a source of vitamin D, and the carotenoids lutein and zeaxanthin: both are antioxidants that may help to protect against age-related eye conditions that can impair your vision, such as cataracts, and macular degeneration.

Keep in mind that the healthiest way to prepare your morning egg is by hard-boiling, poaching, or scrambling it (if you’re having scrambled eggs, add some mixed frozen vegetables or spinach). Always ensure that egg yolks are cooked thoroughly to reduce the risk of foodborne illness (avoid soft-boiled eggs and runny scrambled eggs unless you use pasteurized eggs to prepare them).