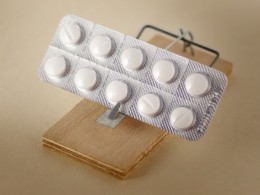 Diuretics side effects are more common than previously thought.

Patients in the U.S. whose doctors follow national guidelines for treating high blood pressure are typically prescribed a diuretic such as hydrochlorothiazide as the primary therapy. According to the guidelines, these drugs, known as thiazide diuretics, should be the preferred initial medication for the treatment of hypertension in older adults.[1] However, a new study published in the Journal of the American Geriatric Society has found that diuretics side effects are more common than previously thought. The authors urge doctors to use greater caution when prescribing these so-called “safe” high-blood-pressure drugs.[2]

Why Diuretics for High Blood Pressure?

Diuretics such as hydrochlorothiazide (HCTZ) are some of the least expensive and most commonly prescribed drugs for high blood pressure. They work by increasing the excretion of sodium and fluid by the kidneys, reducing the total amount of fluid in the body, and lowering the concentration of sodium and calcium in the walls of the arteries, which causes them to relax.

The new study looked at 35,865 veterans with hypertension.[2] The participants were predominantly men whose average age was 74. Of those prescribed a thiazide diuretic for hypertension, 98 percent of the initial prescriptions were for hydrochlorothiazide.

Thiazide users had a 14 percent risk of developing an adverse event, compared with 6 percent for those not prescribed a thiazide diuretic.

Likewise, thiazide users had a significantly greater risk for every single adverse event the researchers were tracking:

For every 12 patients prescribed a thiazide diuretic, one developed an adverse event that he or she would otherwise not have had.

The researchers also discovered that the patients were not getting the proper monitoring and follow-up care they should have been getting after being prescribed the diuretic. Proper monitoring requires blood testing within three months of starting a thiazide diuretic, plus regular testing after that at intervals determined by the initial laboratory results and the patient’s health status. Despite the fact that adverse events caused by the thiazide diuretics were common, fewer than half of participants had laboratory monitoring within three months of starting the drugs.

Why Diuretics Side Effects Are Alarming

The results of this study may actually underestimate the actual rates of adverse effects of thiazide diuretics, explained the researchers, because they tracked only men and not women; based on results of other studies, women may be at even higher risk for thiazide diuretic complications.

Additional Facts About Thiazide Side Effects

If you currently take a diuretic like hydrochlorothiazide for lowering blood pressure, there is no need to panic, nor is there any reason to suddenly stop taking your medication, which could be dangerous. Instead, you can use this information to talk with your doctor about potential dangers of diuretics. You can also have a discussion about the pros and cons of alternative medications as well as non-drug therapies.

Furthermore, and most importantly, by implementing lifestyle changes and taking certain natural blood pressure-lowering supplements, you may be able to reduce your need for hypertension medication over time. These changes are best made in partnership with your healthcare provider and require frequent and vigilant blood pressure monitoring during the process.

Have you experienced any long-term diuretics side effects? Share your experiences on any potential dangers of hydrochlorothiazide in the comments section below.