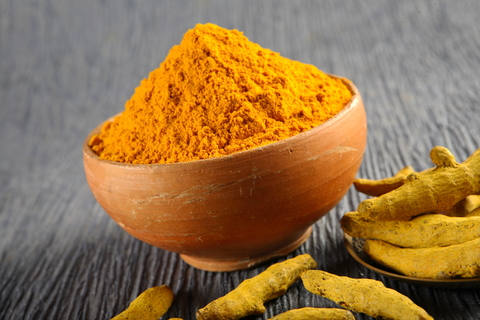 Turmeric is the Indian spice that gives curry its golden color.

If you want to lower LDL naturally, the answer may lie in your spice rack. Turmeric is the Indian spice that gives curry its golden color. While it may not be the first thing that comes to mind for cholesterol health, research indicates turmeric’s benefits include that it is one of the best natural ways to lower cholesterol.

Using turmeric for high cholesterol is beneficial because it contains a compound called curcumin. Curcumin has been proven to lower LDL cholesterol and prevent its oxidation, suppressing plaque build-up in arteries.

But that’s far from all of turmeric’s benefits. The latest studies reveal a broad range of therapeutic effects this spice has on LDL cholesterol (“bad” cholesterol), cardiovascular health, and much more.

Studies in the early 1990s began to confirm a connection between turmeric and cholesterol and some of the ways turmeric exerts its healing effects on the cardiovascular system, and specifically, on lowering LDL cholesterol. These small, early studies showed that curcumin in turmeric lowers LDL cholesterol in humans.[1]

In research published in the Indian Journal of Physiology and Pharmacology, for example, ten healthy volunteers consumed 500 mg of curcumin per day for seven days. Not only did their blood levels of oxidized LDL cholesterol drop by 33 percent, but their total cholesterol dropped 11.63 percent, and their HDL (“good” cholesterol) increased by 29 percent.[1]

Some, but not all, recent studies have confirmed the LDL cholesterol-lowering effects of curcumin.[2-5] In one recent study, a curcumin supplement lowered triglycerides but had no effect on other lipids (such as LDL cholesterol). Thirty participants with obesity were treated with 1 gram a day of curcumin or placebo in a randomized, double-blind, placebo-controlled trial. After only 30 days, triglycerides were significantly reduced following curcumin supplementation.[2]

How to Lower LDL Levels Naturally with Curcumin

By studying the turmeric benefits and curcumin’s effects in animals, researchers have been better able to understand curcumin and how to lower LDL cholesterol.

Studies have also found that curcumin lowers inflammation and reduces oxidative damage. Since these two processes, damage blood vessels and cause plaque build-up that can lead to heart attack or stroke, preventing them helps to reduce the progression of atherosclerosis (hardening of the arteries due to cholesterol and plaque build-up).

This is exactly what was demonstrated recently in a study published in Molecular Nutrition and Food Research. In mice with high LDL cholesterol, curcumin was not only shown to lower LDL cholesterol, it also lowered triglycerides and C-reactive protein (CRP), a marker of systemic inflammation.

Furthermore, curcumin prevented the beginning stages of atherosclerosis in mice aortas and inhibited processes involved in cholesterol synthesis in their livers.[7] Obviously turmeric benefits in cardiovascular health are wide ranging.

Lower LDL Levels With Spice in Your Diet

Anyone with high LDL cholesterol, coronary artery disease, or other cardiovascular disease is a prime candidate for supplementing with curcumin to lower LDL cholesterol naturally and prevent its dangerous effects on the cardiovascular system. Adding more turmeric to your diet is also a great way to experience the amazingly diverse benefits of this colorful spice.

For additional tips, please visit “How to Get the Most Turmeric Supplement Benefits.”

Turmeric benefits don’t stop with the cardiovascular system. If you suffer from any kind of inflammatory based condition—arthritis, cognitive and memory issues, chronic fatigue, or leaky gut infslammation, consider that turmeric benefits the body’s inflammation process as effectively as any natural healing agent available.

SORE THROAT? TURMERIC TO THE RESCUE

It’s also important to remember that to get the full turmeric benefits when taking a turmeric supplement, your supplement needs to be administered in some specific ways to increase bioavailability since turmeric is not well absorbed in the gastrointestinal tract.

The turmeric benefits are undeniable, and this supplement or added spice in your diet should be considered a main stay strategy for anyone looking to improve their health in a natural, drug-free way.