Home » Daily » Nutrition » Omega-6 vs. Omega-3 Fatty Acids: What You Should Know 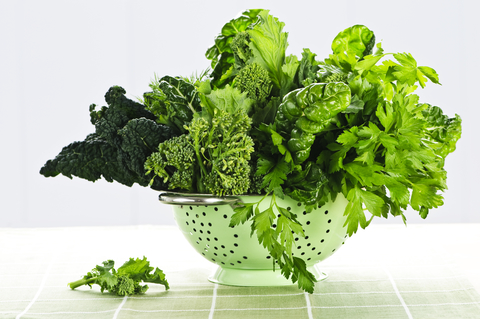 We should get double the amount of omega-3 fatty acids than omega-6 fatty acids, so go easy on popular cooking oils, including corn, safflower, peanut, soybean, cottonseed, sesame, and sunflower, in which omega-6s are abundant. On the other hand, leafy green vegetables are a great source of omega-6s.

Not all fats are created equal: Saturated vs unsaturated. Essential vs unessential. Healthy vs unhealthy. The hard part is knowing which fats are good for you and which you should avoid. Along those lines, let’s compare omega-3 fatty acids to omega-6 fatty acids, with an eye toward balance.

Both omega-6 and omega-3 fatty acids are considered PUFAs: polyunsaturated fats. Chemically, PUFAs are simply fat molecules; they are typically liquid at room temperature but start to turn solid when chilled.

PUFAs are much healthier to consume than saturated fats or trans fats because they can help reduce bad cholesterol levels, which in turn lowers your risk of heart disease and stroke.

Furthermore, like omega 3s, omega-6s are considered “essential” fatty acids. That is, the human body requires them for good health, yet cannot make them on their own. Both omega-3 and omega-6 are important in the normal functioning of all tissues in the body.

Is Omega-6 Good for You?

In particular, consuming the omega-6 fatty acid GLA (gamma-linolenic acid) has been shown to have positive health benefits. GLA is abundant in rare oils such as black current, the herb borage, and hemp oil. Once ingested, GLA is converted to a substance called DGLA that fights inflammation.

Clinical trials have shown that GLA:

To learn more about omega-3, omega-6, and omega-9 fatty acids and their benefits, see these University Health News posts:

The reaction of GLA to DGLA is very slow and can be restricted by alcohol use, stress, smoking, saturated and trans-fatty acid intake, and deficiencies of magnesium, vitamin B6, and zinc. Thus, consuming GLA supplements along with certain nutrients (including magnesium, zinc, and vitamins C, B3, and B6) will help promote the conversion of GLA to DGLA.

GLA supplements in the form of black currant oil and borage oil are often delivered in gel caps. Additionally, spirulina (often called blue green algae) contains GLA. Be sure to speak to your physician to determine the most effective dose for your condition.

Despite the health benefits of GLA, most other omega-6 fatty acids are actually pro-inflammatory, meaning they can have a deleterious health effect by promoting inflammation in the body. And, chronic inflammation has been linked to a plethora of chronic illnesses including diabetes, heart disease, Alzheimer’s disease, and cancer, to name a few.

There are three major types of omega-3 fatty acids that are ingested in foods and used by the body:

Most of the ALA consumed in the diet comes from plant sources such as flaxseed and other nuts and seeds. Once eaten, the body uses certain vitamins, minerals, and genetically controlled enzymes to convert ALA to EPA and then to DHA.

EPA and DHA can also be consumed directly. The highest concentrations of EPA and DHA are found in cold-water fish such as salmon, tuna, and herring. EPA and DHA are the two types of omega-3 fatty acids that serve important roles in cell signaling, gene expression, inflammatory processes, and other bodily processes fundamental to health. In other words, it is EPA and DHA, rather than ALA, that perform essential functions in the body.

But the truth is that conversion of ALA from other omega-3 oils into EPA and DHA is dependent on much more than vitamin B6. Niacin, vitamin C, zinc, and magnesium are needed for the conversion, too.

But that’s only a small part of the story. In fact, scientists still don’t have the full conversion picture totally figured out. However, they have discovered that genetics, age, gender, and—perhaps most important—the other fats in your diet all play important roles in how much EPA and DHA can be synthesized.

Consider these factors, all of which iInfluence your body’s ability to convert ALA to EPA and DHA:

In summary, the question of what the best omega-3 supplement is should be put to rest. Although ALA can be used for EPA and DHA synthesis, studies have found that this pathway is limited in humans and varies between individuals based on genes, sex, age, and intake of other fats and nutrients.

So far, no human studies have shown that intake of vegetarian omega-3 sources (ALA) plus certain vitamins, like vitamin B6, leads to optimal levels of EPA and DHA inside the body’s cells and tissues. Therefore, direct dietary intake of omega-3 fats rich in EPA and DHA through food or supplements is the most beneficial.

Most Americans consume far too many omega-6 vs. omega-3 fatty acids because they’re abundant in popular cooking oils, including corn, safflower, peanut, soybean, cottonseed, sesame, and sunflower. Having this overabundance of omega-6 fatty acids actually does us harm, promoting inflammation instead of decreasing it. To counteract this, omega-6s must be regulated by the anti-inflammatory omega-3 fatty acids.

Thus, the real take-away here is to make sure you’re getting the proper ratio of omega-3s to omega-6s in your diet. Researchers agree that the optimal omega ratio should be between 2:1 to 4:1. That is, you should consume at least double the amount of omega-3s compared to other fats. The idea is to eat just enough omega-6s to function, but no more, and to balance them with lots of healthy omega-3s.