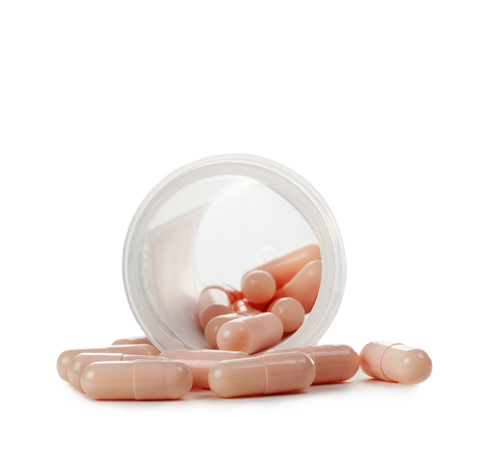 A number of serotonin supplements and pills have now been shown to increase serotonin and effectively treat symptoms of serotonin deficiency.

Serotonin, the “happy neurotransmitter,” is a powerful brain chemical intricately linked with mental health and is one of the best supplements for depression. Sufficient serotonin in the brain allows you to feel calm and optimistic and provides a sense of well-being, while serotonin deficiency has the opposite effect. Low serotonin levels (or abnormal serotonin function) is the most recognized underlying cause of depression.

Studies show that serotonin imbalances may not only lead to classic depression symptoms like sadness and pessimism, but other symptoms such as food cravings, sleep disturbances, aggression, panic, obsessiveness, and more. (See also our post “What Does Serotonin Do?“)

Watch for Serotonin Deficiency in the Aging Brain

The aim is to lower inflammation in the body and brain, as inflammation blocks serotonin production. In fact, research increasingly shows depression to be a symptom of inflammation. Therefore, although diminished serotonin activity may be seen in patients with mild cognitive impairment and Alzheimer’s, it is most likely just one of many symptoms of a diet- and lifestyle-induced inflammatory process that has sabotaged and degenerated the brain to the point of memory loss and dementia.

How to Increase Serotonin Levels with Serotonin Supplements

The good news is that a number of serotonin supplements have been shown to increase serotonin and effectively treat symptoms of serotonin deficiency. SAM-e, 5-HTP, and L-tryptophan St. John’s Wort have each been shown in multiple human studies to affect serotonin imbalances and to treat depression. Let’s take a brief look at how to use each of these serotonin boosters to improve mood, treat insomnia, and ease other low serotonin symptoms.

5-HTP.  Your body makes 5-hydroxy tryptophan, or 5-HTP, from tryptophan, and then converts it into serotonin. When taken as a supplement, 5-HTP is well-absorbed and crosses the blood-brain barrier where it gets converted to serotonin. 5-HTP is believed to offer stronger serotonin support than L-tryptophan (see below). Clinical trials have confirmed the efficacy of 5-HTP supplements for depression, sleep disorders, binge eating and panic disorders.[1-3]

L-Tryptophan. L-Tryptophan is an essential amino acid required by the body to synthesize serotonin. As discussed above, the conversion of L-tryptophan to serotonin is a two-step process in which 5-HTP is synthesized as an intermediate step. Taking L-tryptophan as a serotonin supplement enhances the synthesis of serotonin and increases serotonin levels within the body.[4] Nevertheless, integrative practitioners report success with the use of L-tryptophan for insomnia, mild depression, and for people who do not tolerate 5-HTP since, compared to 5-HTP, L-tryptophan is generally considered more gentle. It has even been found to help non-depressed, healthy people process emotions in a more positive way.[5]

SAM-e. S-adenosyl methionine (SAM-e—pronounced Sammy), produced from the amino acid methionine, is present in all the body’s cells and is required for hundreds of reactions, including the synthesis of serotonin. As a supplement, SAM-e has been used extensively for treating depression in Europe for over 30 years, and a review of SAM-e studies published in the American Journal of Clinical Nutrition concluded that SAM-e supplementation was a safe and effective treatment for depression.[6] Drs. Richard Brown, M.D., of Columbia University and George Papakostas, M.D., of Harvard Medical School both advocate the use of SAM-e for clinical depression.[7,8]

Saint John’s Wort. Extracts of the flowering St. John’s wort plant exert their antidepressant actions by inhibiting the reuptake of serotonin as well as norepinephrine and dopamine, making more of these neurotransmitters available to the brain. For people suffering from mild to moderate depression, studies show that St. John’s wort extracts are significantly more effective than placebo.[9] They have been found to be better tolerated but to work just as well as standard antidepressant drugs.[9]

Other Natural Supplements for Anxiety and Depression

Depression, anxiety, and other mood disorders have other possible underlying causes in addition to serotonin deficiency. For example, read Could Your Depression Be Caused by a Sleep Disorder? Depression Can Be One of the Many Surprising Sleep Apnea Symptoms.

Other vitamins that help with depression include the neurotransmitter dopamine. Dopamine is also involved in mental-emotional health, and specific dopamine supplements may also be indicated. Learning more about all the potential underlying causes of depression and anxiety can help you target your natural treatment protocol.