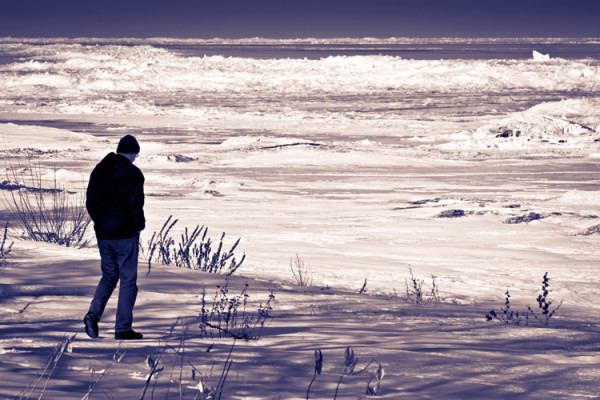 Each of us has a natural internal clock (circadian rhythm) that can affect our mood as seasons change, resulting in seasonal effective disorder.

Winter can be a depressing time, especially if you live in a cold northern climate. It’s easy to feel sad when the long, dark days and frigid temperatures keep you cooped up inside. Just about everyone has had the “winter blues” at one time or another. Yet in some people, the sadness that creeps in during the winter months goes far beyond the blues—they feel moody, anxious, and tired, and lose interest in activities they once loved. They retreat into their winter hibernation and don’t become their old selves again until the first buds of spring appear. This condition is known as seasonal affective disorder, or SAD.

What Is Seasonal Affective Disorder?

Seasonal affective disorder involves depression that occurs exclusively with the change of seasons. Researchers believe that the lack of sunlight in winter disrupts the body’s natural internal clock (circadian rhythm), which determines when you sleep and when you’re awake.

For some people, lower vitamin D levels that are more likely to occur in northern winters may contribute to the risk for depressive symptoms (among other symptoms—see “Are You Vitamin D Deficient?“). These people may benefit from more vitamin D in their daily diet vitamin D supplementation, although it remains unclear just how much vitamin D plays a role in depression or SAD.

Why do the shorter days of winter trigger seasonal affective disorder in some people and not others?

Investigators from Denmark, a country far enough north to have dramatically shorter days in the winter than summer, think they may have discovered the answer. They concentrated on levels of a substance known as serotonin transporter protein, or SERT. SERT helps transport serotonin into the nerve cells, where it remains inactive, so higher the levels of SERT in the body means there will be less active serotonin available to help regulate mood.

For the study, investigators from the University of Copenhagen used positron emission tomography (PET) scans to evaluate activity in the brains, both during the summer and winter months, of 11 people suffering from SAD. They compared the findings with 23 people who did not suffer from SAD. Researchers found that, among those with SAD but not those without the condition, levels of SERT were 5 percent higher in the winter than the summer months. This seasonal fluctuation in SERT could produce drops in available brain levels of serotonin in the wintertime, thus producing symptoms of depression.

Usually SAD sets in during the winter months and improves by spring, but some people experience mood swings during the summer months, too. Summer-onset SAD may be due to malaise brought on by rising heat and humidity. Whereas people with winter-onset SAD experience a drop in energy, those with summer-onset SAD tend to be more irritable and anxious.

Fortunately, seasonal affective disorder often responds to the same kinds of treatments that work for other types of depression. In particular, light therapy, which involves sitting in front of a bright light for specific amounts of time and periods during the day, can be very helpful for SAD.