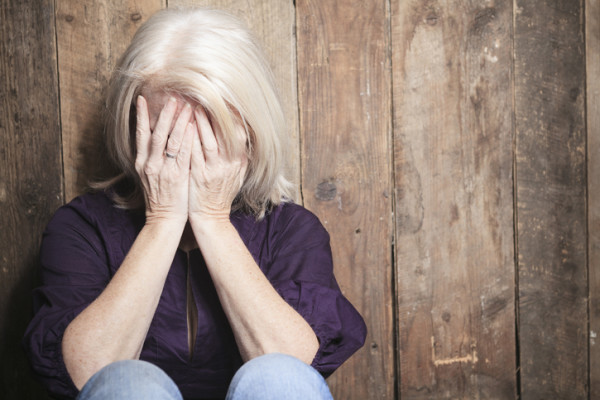 Migraine is accompanied by pain, and often, visual disturbances.

As with other mental disorders, the difference between just having a bad day, or week, or month, and truly suffering from depression is the duration of symptoms and level of impairment. As such, it helps to consider different levels and how we define them.

Major Depressive Disorder (MDD), shortened often to simply Major Depression, is the most common type of depression. According to the 5th edition of the Diagnostic and Statistical Manual of Mental Disorders (DSM V)—which is used as the “official” source for the diagnosis of mental disorders—a person with MDD will have experienced the following for at least the past two weeks:

In addition, a person with MDD will suffer from at least three of the following symptoms most or all of the time:

Persistent Depressive Disorder is a more chronic and sometimes less intense version of MDD. According to the DSM V, a person with persistent depressive disorder suffers from the following symptoms:

While many people might look at the depression symptoms above and recognize themselves at certain points in their lives, it does not mean they are or have been depressed.

Feeling sad or depressed is a normal part of life and a natural and healthy response to such painful incidents as the loss of a job or death of a loved one. But if your low mood is making it difficult to get through the day, if you’re too tired to complete a work day or losing so much weight that family members are expressing alarm, that could be a sign of clinical depression.

Similarly, problems like low self-esteem are fairly common. But if your self-esteem is so low you don’t feel capable of making and keeping friends, and if all these symptoms have been going on for weeks or longer, that’s a sign that you have a treatable condition, and that with the right help, you could soon be feeling much, much better.