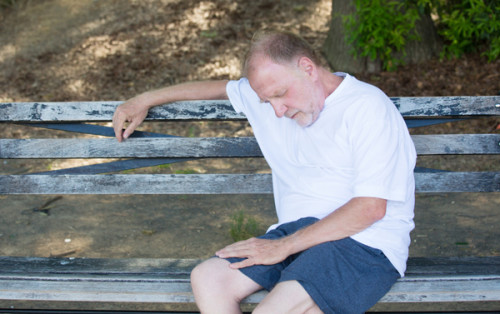 When narcolepsy strikes, the urge to sleep is almost uncontrollable.

There is no cure for narcolepsy, that unusual medical condition in which someone suddenly falls into a deep sleep in the midst of such normal behaviors as talking or working. Medications, however, can help increase daytime alertness.

Modafinil (Provigil), for example, is approved specifically for the excessive daytime sleepiness that results from narcolepsy. Modafinil is a stimulant-type medication, but does not produce mood changes or dependence. The most common side effects are headache and nausea, but these are usually mild and transient.

Chemically related to modafinil, armodafinil (Nuvigil) is a relatively newly released drug that has a longer duration of action. Sodium oxybate (Xyrem), which is used to treat cataplexy and daytime sleepiness, is also effective for the disrupted sleep in narcolepsy, according to AASM guidelines.

Traditional stimulants such as amphetamines and newer ones such as methylphenidate (Ritalin) are also used to improve alertness and ward off compelling sleepiness related to narcolpsy symptoms.

These narcolepsy treatments may have negative side effects, including elevated blood pressure, increased nervousness, and dependence. Low doses of antidepressant medications—especially tricyclics (including imipramine, desipramine, clomipramine, and protriptyline)—are effective in controlling cataplexy, sleep paralysis, and the hallucinations that occur during transitions to and from sleep.

While sleepiness, daytime sleep episodes, and cataplexy can be controlled with drug treatment in most cases, none of the available medications produces a fully normal state of alertness during the day. Medications may be modified as time goes on and symptoms change.

Drug therapy for narcolepsy should always be accompanied by adoption of behavioral strategies. For example, many people with narcolepsy are urged to take regularly scheduled brief naps (15 to 30 minutes) at those times of the day when they tend to feel sleepiest.