Some conditions, like sleep apnea and restless legs syndrome, interrupt sleep and keep you awake. Narcolepsy is a condition that causes you to sleep, but at all the wrong times. In people with narcolepsy, the brain is unable to properly regulate the body’s normal sleep-wake cycles, leading to disjointed sleep at night and an uncontrollable urge to sleep during the day.

About 1 in 3,000 Americans have narcolepsy, and many don’t realize they live with the condition because it can be difficult to diagnose. People with narcolepsy sleep for the same number of hours each night as those without the condition; however, their sleep doesn’t follow normal patterns. Typically when people fall asleep, they first drift into a stage of light sleep. Then, after about 90 minutes, they enter the deeper rapid eye movement (REM) sleep stage. Those with narcolepsy enter REM sleep right away, and may experience periods of REM sleep throughout the day.

The primary symptoms of narcolepsy are excessive daytime sleepiness and sudden sleep attacks, which can occur often enough to interfere with normal activities. Many people report falling asleep at work, in school, or in the middle of social situations. Often these sleep episodes last for just a few seconds. It’s common for people to continue what they were doing. For example, taking notes in class or cooking a meal, while they sleep. Cataplexy; a sudden loss of muscle tone and control, is another hallmark symptom of narcolepsy. Some people experience sleep paralysis during transitions between sleep and wakefulness. During these episodes, they are suddenly frozen and unable to move for seconds to minutes at a time. 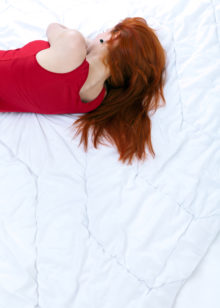 What is myoclonus? According to the National Institute of Neurological Disorders and Stroke, myoclonus “refers to sudden, involuntary jerking of a muscle or group of muscles.” It is a symptom, not a disease, affecting 8.6 people per 100,000 in its more serious presentations. A myoclonic twitch or a myoclonic jerk—when … Read More

How Much Sleep Do I Need?

Has a friend ever bragged about how refreshed he feels after just four or five hours of sleep the night before? Do you know a child who resists going to bed at a reasonable hour because she “doesn’t feel tired?” Do you find yourself on an inconsistent schedule when it … Read More

What kind of medical condition could possibly be triggered by something like anxiety, fear, depression, joy, or even laughter? The answer is cataplexy—a sudden loss of muscle strength, tone, and control. Muscle tone is what keeps our bodies upright and moving, as the Narcolepsy Network puts it. And why is … Read More 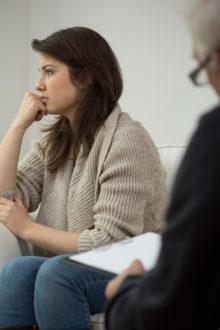 How Is Depression Diagnosed?

If you think you might be suffering from depression, the only way to know for sure is to see a doctor or mental health professional. Once you’ve made that important first step, your first question may well be: “How is depression diagnosed?” The process starts with a doctor or mental … Read More 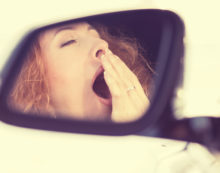 Exhausted by Sleep Deprivation? Here’s How to Treat This Common Sleep Disorder

An estimated 40 million Americans—many of them seniors—suffer from long-term sleep disorders that result in sleep deprivation. And because poor sleep takes a heavy toll on the brain, detecting and treating sleep disorders is especially important for those of us who worry about maintaining mental acuity as we age. Researchers … Read More

Chronic Fatigue Treatment: How to Get Your Energy Level Back on Track

If you’re suffering from the syndrome known as chronic fatigue, treatment can vary—no surprise, considering that the condition itself is so mysterious. Before we get into the best ways to manage and treat chronic fatigue syndrome, consider the genesis of how we define it. The Centers for Disease Control and … Read More

Periodic Limb Movement Disorder: What Does It Mean?

If you have periodic limb movement disorder, your legs and arms may move around from a few times to close to 1,000 times while you’re asleep. These movement episodes can be as brief as a fraction of a second or last as long as five seconds. And they frequently recur … Read More

If you’re a fan of TV sitcoms, you’ve probably seen an episode (or two) where a main character gets out of bed in the middle of the night, walks in a stupor to the kitchen, and makes a midnight snack without even opening his (or her) eyes. While such a … Read More