We know we need vitamin D: It contributes to healthy muscles and bones and also plays a role in our mental well-being. In fact, new research from The Irish Longitudinal Study on Aging (TILDA) at Trinity associates vitamin D deficiency with a substantially increased risk of depression—more than 75 percent—over … Read More 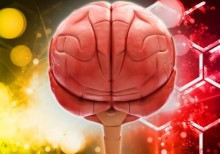 Psychobiotics: Probiotics That May Impact Mood

It’s hard to believe that by altering the bacteria in your gut, you can better handle stress, improve your mood, and even treat your anxiety or depression. But an explosion of research into the fascinating world of the gut-brain connection is showing just that. We now know that you can … Read More

Am I Depressed? These 10 Symptoms Can Tell the Story

The National Institutes of Health defines depression as a common but serious mood disorder. That may leave you still wondering, "Am I depressed?" The answer is: You're dealing with depression if your mood severely affects you how feel, think, sleep, work, and interact with others, and if your depression symptoms … Read More

Tryptophan Foods and Tryptophan Supplements: How They Help Your Health

L-tryptophan is an essential amino acid that is a precursor to the brain neurotransmitter serotonin. A diet that's deficient in tryptophan reduces serotonin production in the brain and can lead to depression, anxiety, mood disorders, insomnia, poor cognition, and other brain conditions. On the contrary, research shows that eating a … Read More

What Is CBD Oil? A New Look at the Potential Benefits of Cannabidiol

What is CBD oil? CBD is a non-intoxicating extract from the Cannabis sativa family of plants (which includes hemp and marijuana). CBD is just one of a family of chemicals known as the cannabinoids, shown to have anti-inflammatory, antipsychotic, anti-anxiety, and anticonvulsant properties as well as homeostatic properties (meaning it maintains … Read More

2 Natural Antidepressants Found to Be as Effective as Prozac 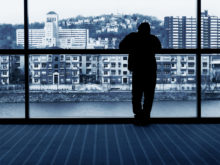 A relatively new classification of depression is known as persistent depressive disorder (PDD), or dysthymia. The dysthymia definition helps distinguish between people suffering from a single episode of major depressive disorder (MDD) and those whose depression lingers much longer. Dysthymia symptoms, while longer-lasting, are less intense than those associated with … Read More