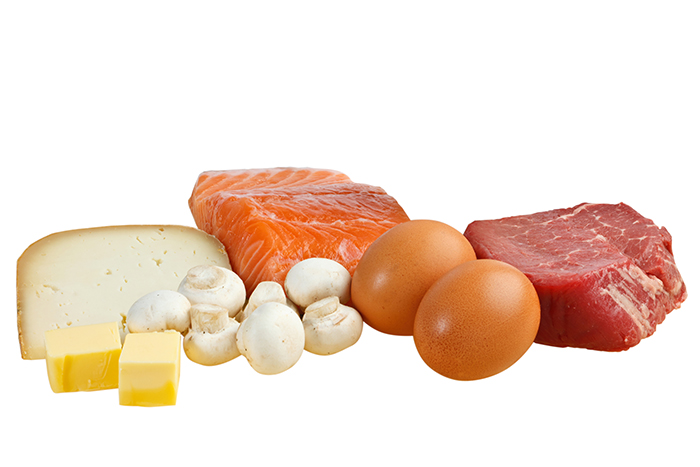 New research by the U.S. Department of Agriculture finds that animal foods (eggs, some meats and dairy products) that contain vitamin D also have another lesser known form called 25(OH)D that hasn't been measured routinely in foods.

Looking for worthy foods to give you the vitamin D your body needs? Consider these top sources, with a pair of recipes you’ll want to add to your menu.

While few foods naturally contain vitamin D, fish is the major exception. The exact amount of vitamin D in fish varies greatly depending on the kind of fish, whether it’s wild or farmed, its diet, how it was prepared, and many other factors that researchers are still discovering. Salmon, especially wild salmon, tends to have the highest vitamin D content—sometimes as much as 1,500 IU per 3.5 oz serving.[1] Sardines and mackerel are typically high in vitamin D as well.

Mushrooms are a fascinating, complex, and somewhat controversial natural food source of vitamin D. They are low in calories, carbohydrates, and fat, and provide important nutrients, including vitamin D, selenium, potassium, riboflavin, niacin, protein, and fiber.[3]

Mushrooms form vitamin D when exposed to either natural sunlight or artificial UV light.[4] Wild, foraged mushrooms—both fresh and dried—are typically very high in vitamin D, whereas commercially produced mushrooms, which are grown in the dark, are not, unless they have been purposely exposed to light. Many large-scale mushroom producers in the United States are now taking these measures so that many of the mushrooms on supermarket shelves contain appreciable amounts of vitamin D.

Other Sources of Vitamin D

Recent studies indicate that cooking may sometimes significantly lower vitamin D content. Canning and freezing fish does not alter its vitamin D much, nor does baking.[5] Frying salmon, on the other hand, was found in one study to decrease the vitamin D by about 50 percent.[2] The canned versions of oily fish like salmon, sardines, and mackerel can be a simple, relatively inexpensive way to get your vitamin D plus the extremely important omega-3 fatty acids EPA and DHA.

Because of the incredible variability among foods, you can’t always depend on printed information to provide the correct vitamin D content. There is currently a renewed effort among nutrition researchers to re-measure and update this information. Nevertheless, you can use the list below, which comes from the USDA Nutrient Database and other published scientific sources, as a general guideline.[8,9]