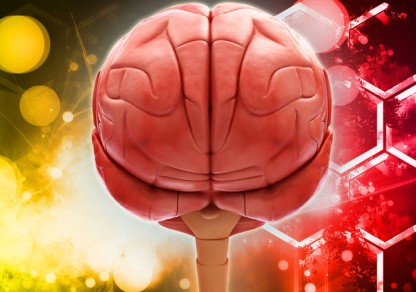 Research is showing that psychobiotics may help people struggling with depression. These gut bacteria act on the brain in a number of ways, according to studies, to benefit those dealing with stress, anxiety, or mood issues.

It’s hard to believe that by altering the bacteria in your gut, you can better handle stress, improve your mood, and even treat your anxiety or depression. But an explosion of research into the fascinating world of the gut-brain connection is showing just that. We now know that you can alter your gut bacteria in a way that positively affects your mood and brain function. One of the primary ways you can do this is by taking psychobiotics.

So What Are Psychobiotics?

Psychobiotics are live organisms that, when ingested in adequate amounts, produce a health benefit in patients suffering from psychiatric illness.[1]

But this definition, coined in 2013, is too limiting based on the latest research showing that you don’t need to have clinical depression, an anxiety disorder, or some other psychiatric disorder in order for psychobiotics to positively affect your brain.[2]

Anyone suffering from chronic stress, low mood, or anxiety-like symptoms has the potential to benefit from this class of probiotics.

How Do Psychobiotics Act on the Brain?

One way these “mind-altering” probiotics likely act is via their ability to produce various biologically active compounds, such as neurotransmitters. Several molecules with neuroactive functions such as gamma-aminobutyric acid (GABA), serotonin, catecholamines, and acetylcholine can be produced by gut bacteria.[3] When these neurotransmitters are secreted within the gut, they may trigger cells within the gut’s lining to release molecules that signal brain function and affect behavior.

A second way that psychobiotics appear to act on the brain is by exerting effects on the body’s stress response system, which involves the brain and the adrenal glands.[4] This system, known as the hypothalamic-pituitary-adrenal (HPA) axis, becomes dysfunctional in the context of chronic stress or illness. When HPA-axis dysfunction occurs, the production and rhythmic timing of cortisol and other stress-related hormones becomes disrupted. This is believed to play a central role in causing mood disorders and cognitive problems.[5]

A third way psychobiotics are hypothesized to act on the brain is through their anti-inflammatory actions.[6] Chronically elevated levels of inflammation throughout the body and brain are now known to be one of the major underlying causes of depression and other mood and cognitive disorders. This inflammation can stem from the gut, and some psychobiotics may have their effects in the brain by lowering inflammation.

Which Probiotics Are Psychobiotics?

Research is beginning to identify which probiotics have mild-altering effects and what those effects are. In studies in healthy people, different psychobiotics have been shown to boost mood and cognitive function and decrease stress and anxiety-like symptoms.

Certain psychobiotics have also been shown to treat depression, anxiety, and other mental health and cognitive issues in patients with psychological disorders and/or other medical conditions.

Psychobiotics for Depression and Anxiety

After eight weeks, patients who received the probiotic had significantly decreased total scores on the Beck Depression Inventory, a widely used test to measure the severity of depression, compared with placebo. In addition, they had significant decreases in systemic inflammation as measured by hs-CRP, significantly lower insulin levels, reduced insulin resistance, and a significant rise in glutathione, the body’s master antioxidant.

Other psychobiotics have beneficial consequences on mood and anxiety-like symptoms in people without depressive or anxiety disorders.

Patients were randomized patients to receive either 24 billion colony forming units of Lactobacillus casei strain Shirota or a placebo daily for two months. The people taking the probiotic had a significant decrease in anxiety symptoms.

Many additional psychobiotics have been shown to treat depression and anxiety in animal studies. Lactobacillus plantarum strain PS128, for example, is known to increase dopamine and serotonin and decrease depression-like behaviors in mice.[10] In depressed mice that have been subjected to early-life stress, this same psychobiotic decreases cortisol, normalizes the stress response system (the HPA axis), and decreases depression.[11]

Other Lactobacillus helveticus-containing probiotics have also been shown to reduce stress-related depression and anxiety by affecting serotonin, cortisol, and other neuroactive compounds in animal studies.[16] For example, Lactobacillus helveticus R0052 combined with Lactobacillus rhamnosus R0011 normalized anxiety-like behavior and learning and memory impairments in immune-deficient rats with HPA-axis dysfunction.[17]

Are Some Prebiotics Also Psychobiotics?

Prebiotics, like probiotics, can also act as important regulators of mood and brain function. In a recent study, prebiotics were found to decrease the secretion of the stress hormone, cortisol, and improve emotional processing in healthy volunteers. Participants received one of two prebiotics (fructooligosaccharides, FOS, or Bimuno-galactooligosaccharides, B-GOS) or a placebo (maltodextrin) daily for three weeks. Morning cortisol levels were significantly lower after B-GOS intake compared with placebo.

Participants taking B-GOS also showed increases in the processing of positive versus negative attentional vigilance, which is an indication that the prebiotic had anti-anxiety effects. No effects were found after the administration of FOS.[18]

People with IBS often have anxiety and/or depression which has been found to directly correlate with dysbiosis and decreased gut microbial diversity.[19] A study found that a galactooligosaccharide-containing prebiotic mixture benefited anxiety in irritable bowel syndrome (IBS) sufferers.[20] Daily treatment with the prebiotic galactooligosaccharide mixture for 4 weeks reduced anxiety scores and had a significant positive impact on quality of life.

Overall, the results of these studies show that psychobiotics have the potential to positively impact brain function, boost mood, treat depression and anxiety, and help you handle stress.

The best psychobiotics and the best dosages for those psychobiotics have yet to be determined, but a number of them used in the studies described above are commercially available in probiotic tablets. Generally, at least 10 billion CFU’s per day are recommended for most probiotics, including psychobiotics, but higher or lower amounts may also be beneficial. Just make sure to give your psychobiotic a try for at least a month before deciding whether it’s working or not.

Good luck, and may your gut-brain connection be healthy!