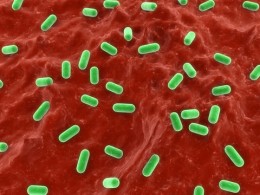 If you think the benefits of probiotics are restricted to helping with digestion, it’s time to expand your understanding of these amazing microorganisms. Your intestinal tract is home to approximately 100 trillion microorganisms consisting of over 1,000 species of bacteria. These live bacteria residing within you have profound influences on your health in ways that extend far beyond digestive symptoms.

Recent research shows how your gut bacteria influence your immune system and even your metabolism. This means that by altering your body’s microflora, the benefits of probiotics include not only the ability to treat digestive problems like irritable bowel syndrome, they can play a role in treating everything from pollen allergies and eczema to the common cold and obesity.

The word probiotic is derived from the Greek and means “for life.” Probiotics are the opposite of antibiotics. In other words, instead of killing bad bacteria, they help healthy bacteria thrive. Probiotics are live microorganisms that can be formulated into many different types of products, including foods and dietary supplements. Two species of bacteria —Lactobacillus and Bifidobacterium–are the most commonly used probiotics, but the yeast Saccharomyces cerevisiae and some E. coli and Bacillus species are also used as probiotics.

While certain healthy microbes, such as the Lactobacillus species, have been used to preserve food by fermentation for thousands of years, experts prefer to reserve the term “probiotic” for live microbes that have been shown in controlled human studies to impart a health benefit. Supplementing with probiotics can promote a healthy balance of microbes by potentially reducing harmful bacteria while replenishing and maintaining beneficial species.

The Benefits of Probiotics Depend on the Particular Species and Strain

In the scientific community, there is an agreed upon way to name a probiotic: each strain is listed by the genus, species, and a letter/number designation. For example, Lactobacillus (genus) casei (species) DN-114 001 (letter/number designation) or Lactobacillus rhamnosus GG. Each probiotic strain is thought to have its own set of specific effects in the body. The benefits of probiotics can only be attributed to the particular strain or strains tested, and not to the species or whole group of probiotics. When it comes to marketing and trade names, companies that sell probiotics can call them whatever they want, sometimes making it difficult and confusing to match the researched strains to the brand names.

As you likely already know, the strongest clinical evidence for probiotics is related to their use in improving gut health. Probiotic preparations have been found in studies to treat diarrhea, inflammatory bowel diseases like Crohn’s disease and ulcerative colitis, and irritable bowel syndrome, for instance.

Beyond the gastrointestinal tract, probiotics have been studied for their role in treating allergies by improving immune system function.

Other studies have shown that some probiotic strains can successfully treat a variety of allergic conditions in addition to seasonal allergies, including skin conditions such as eczema and atopic dermatitis. One randomized placebo-controlled study looked at the effects of treatment with Lactobacillus salivarius LS01 for four months in adults with itchy eczema diagnosed as atopic dermatitis.[2] Patients treated with probiotics showed a statistically significant improvement of their skin symptoms and quality of life. Furthermore, there was a significant reduction of blood levels of inflammatory compounds in those taking the probiotics.

Other Immune Benefits of Probiotics: Common Colds Don’t Last as Long and Symptoms are Less Severe

In addition to improving how the immune system reacts to allergens, probiotics have the ability to counteract infections such as upper respiratory tract and ear infections. Researchers believe probiotics fight infections by competing with pathogens for nutrients, space and attachment to host cells. Clinical trials have shown that probiotics can be used to prevent and treat the common cold, for instance. One recent study assessed the benefits of probiotics on the duration and severity of common cold symptoms in 231 apparently healthy college students living on campus in residence halls, where upper respiratory infections are especially common.[3]

The students were randomized to receive either placebo  or a probiotic supplement (daily dose of 1 billion colony-forming units of each Lactobacillus rhamnosus LGG® and Bifidobacterium animalis BB-12®) for 12 weeks. The students on the probiotics for 12 weeks experienced significantly shorter and less severe upper respiratory tract infections. Their colds were an average of two days shorter and their symptoms were 34% less severe. They also missed significantly fewer school days compared to the placebo group.

The Benefits of Probiotics Also Extend to Metabolism and Fat Storage

The microorganisms in your gut also play a central role in your body’s metabolism and storage of fat, in part by regulating how sensitive your cells are to insulin. High-fat, high-glycemic diets have been shown to produce major changes in the types of microorganisms in the intestinal tract, and even in how these microbes function. In short, too many bad fats and bad carbs in the diet alter your gut flora in a way that perpetuates weight gain and fat storage.

This recently discovered information is leading researchers to study the potential benefits of probiotics on obesity and its closely-related medical conditions: metabolic syndrome and type 2 diabetes. These conditions are characterized by insulin resistance, in which the cells have lost their sensitivity to insulin. Most of the research so far has been preliminary studies in animals. In overweight mice with type 2 diabetes, for instance, a recent study showed that supplementation with the probiotic Lactobacillus gasseri BNR17 inhibited weight gain and body fat accumulation and reduced levels of blood sugar, insulin, and the appetite hormone, leptin.[4] In another recent study, diabetes-prone rats given a probiotic strain called Lactobacillus reuteri GMNL-263 had significantly better insulin sensitivity and less fat accumulation in their livers.[5] A double-blind randomized study in men with type 2 diabetes showed that another probiotic strain, Lactobacillus acidophilus NCFM, could improve insulin sensitivity compared with placebo.[6]

We’ve covered even more benefits of probiotics in other articles. For example, you can read how probiotics can help people with chronic fatigue here. You may also be interested in how probiotics are used to heal leaky gut syndrome, a condition that is being recognized as an underlying cause of many chronic conditions.

With an abundance of probiotics on store shelves, each containing different probiotic strains in highly varying amounts, how do you know which to choose, how much to take, and how long to take it? Why are some refrigerated and some not? Are the refrigerated probiotics always better? Gaining the benefits of probiotics requires choosing a high quality supplement containing the strains most likely to treat your personal condition.