Home » Daily » Depression » Serotonin Deficiency: Is This Really a Cause of Depression? 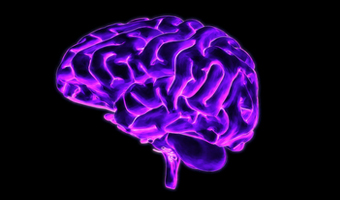 A serotonin deficiency has been theorized to be a core cause of depression for half a century, since it was observed that drugs that enhance serotonin levels have antidepressant effects in many people. However, what is not yet resolved is whether the drugs actually correct an underlying serotonin deficiency. Researchers from the Department of Biology at Duke University Medical Center recently attempted to critically assess evidence that serotonin deficiency is a cause of depression. They presented their research along with other expert serotonin researchers in 2011 at a conference held at the University of Montréal and also published their findings.

Also known as 5-hydroxytryptamine (5-HT), serotonin is both a hormone and neurotransmitter. It is found in many tissues, including blood platelets, the mucous lining of the intestines, the central nervous system, and the pineal gland of the brain. Serotonin has many functions; it inhibits secretions from the stomach,  stimulates smooth muscles,  and helps blood vessels constrict. As a neurotransmitter in the brain, it helps regulate your mood, appetite, and circadian rhythms. It also plays a role in regulating how aggressive you are and whether you develop any addictions.

Depression is a chemical imbalance in the brain, and more

By the late ’80s, the story of depression being caused by a chemical imbalance in the brain brought on by a serotonin deficiency was very popular. Certainly, we now know that when it comes to depression, serotonin, and serotonin deficiency in particular, is only part of the story. By now, scientists agree that the real story is much more complicated than that. According to the study’s authors, including Dr. Jacob Jacobsen of Duke’s Departments of Cell Biology, Medicine, and Neurobiology, just because the enhancement of serotonin function with pharmaceuticals alleviates depression does not mean that depression is caused by a primary serotonin deficiency.

These days, depression is more understood as a syndrome manifesting in a large and diverse range of afflictions and arising from many distinct causes. For instance, Dr. Jacobsen and his colleagues point out that depression symptoms can occur because of diverse problems within the nervous, immune, and hormone systems. For example, Alzheimer’s and Parkinson’s are neurological diseases known to cause depression. Treating the immune system with drugs like interferon also causes depression, as do endocrine diseases like Cushing’s. Furthermore, the fact that life stressors, such as personal loss, social isolation, financial difficulties, job insecurity and childhood trauma are all well-known risk factors for depression clearly demonstrates the significance of outside environmental factors in triggering the disorder, according to Jacobsen. He also points out that twin and adoption studies clearly show your genes can be an important factor.

The Duke researchers and some other serotonin experts hypothesize that serotonin deficiency is a significant cause of depression in a specific subset of patients. They note that in double-blind trials with serotonin reuptake inhibitor antidepressants (SSRIs), these drugs at best produce only a 10–20% greater response rate in patients receiving the drug versus those treated with placebo. In fact, say Jacobsen and his colleagues, SSRIs fail to show superior antidepressant effect compared with placebo in 40% of clinical trials. An explanation for these rather disappointing results could be the simple fact that SSRIs are only effective for who have a serotonin deficiency as a primary cause of their symptoms.

A genetic cause of serotonin deficiency investigated

While it is possible to measure levels of neurotransmitters like serotonin and their metabolites in urine and other bodily fluids, these fluctuate widely and don’t necessarily correlate with how much is available in the brain. It is also very difficult to study what happens when researchers purposely induce serotonin deficiency in subjects. This has been attempted with studies that intentionally deplete subjects of tryptophan, the amino acid precursor to serotonin. Without tryptophan, serotonin levels are known to drop, and in some people this does seem to lead to depression. However, this is not in everyone; and besides, only 1% of tryptophan gets converted to serotonin, whereas 95% is converted to other substances that also affect other neurotransmitter receptors.

This leaves researchers with very few useful ways to study the serotonin deficiency hypothesis. The Duke University team, however, found a way. They developed and began working with a specific type of mice suffering from a natural-like serotonin deficiency because of a particular genetic defect.  In this strain of mice, serotonin synthesis and tissue levels are decreased by 60-80% and they are more depressed and anxious compared to normal mice. The defective gene is one that codes for the most important protein, or enzyme, that helps convert tryptophan to serotonin in the brain.  Mice born with a specific variant of this gene produce less serotonin. Could certain people also have variants of this gene that prevents them from converting tryptophan into serotonin in their brains, leading to depression? Researchers are currently working to answer this question.

What you can do

Then download our free report, How to Increase Serotonin Levels NaturallyThe Top 5 Serotonin Supplements and Strategies for an easy-to-follow guide.

Be sure to tell us about your experience in the comments section below.