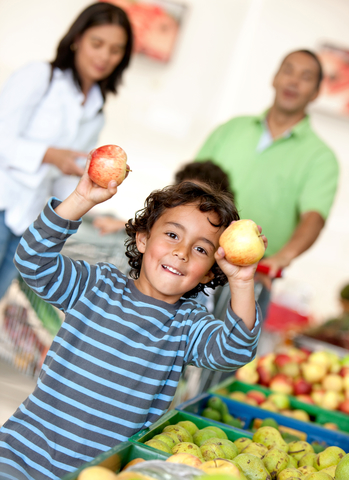 Many children with ADD/ADHD have nutritional deficiencies or strikingly low intakes of important brain nutrients.

Watching a child struggle with attention deficit disorder or attention deficit hyperactivity disorder (ADD/ADHD) can be heartbreaking for parents who want nothing more than to help their child. Children with ADD/ADHD may have enormous difficulty sustaining attention, performing in school, maintaining self-esteem, controlling their impulsive behaviors, and getting along with others. In the United States, 11% of children ages 4 to 17 have been diagnosed with this condition, a 42% increase since 2003; and 6.1% take medication, the most common conventional treatment.  Fortunately, new research is validating effective treatments that can be used as alternatives or complements to conventional care, including an ADHD diet for kids. Many children with ADD/ADHD have nutritional deficiencies or strikingly low intakes of important brain nutrients. In addition, these kids tend to eat lots of empty calories and have intolerances to specific foods and artificial food additives.

The ADHD diet for kids presented here is based on the latest research showing how dietary changes and improvements in nutrition can lead to dramatic improvements in ADD/ADHD symptoms. The diet works in two important ways:

1)     It maximizes the intake of important brain nutrients and nutrients found to be low in children with ADD/ADHD.

2)     It temporarily eliminates the foods implicated in ADHD exacerbation.

After a period of time, the restricted foods can be slowly and carefully added back into the diet, followed by a period of close observation. If ADD/ADHD symptoms do not reappear or worsen, that food can potentially be eaten again on a semi-regular basis.

ADD/ADHD is now believed to be caused by genes interacting with environmental factors, including nutritional and dietary factors. One of the most important of these dietary factors is intolerance to certain foods as well as to artificial food additives. Numerous studies have demonstrated that elimination diets which restrict one or more of the most common foods and/or food additives to which children with ADD/ADHD are intolerant (such as sugars and artificial colors) result in improvements in ADD/ADHD symptoms.

ADD/ADHD is considered a developmental disorder of the nervous system (neurodevelopmental disorder). Nutrition plays an absolutely vital role in nervous system development and function. Many children with ADD/ADHD have been found to have higher rates of certain nutritional deficiencies. Research demonstrates that individuals with ADD/ADHD have reduced levels and/or improper metabolism of vitamins B6, vitamin D, zinc, iron, magnesium, and omega-3 fatty acids.[3-5] Children with ADD/ADHD may benefit from increasing their intake of foods rich in these nutrients. This means eating more fruits, vegetables, whole grains, fresh meat and seafood, eggs, nuts and seeds, while reducing intake of empty calories like sugar, refined carbohydrates, and trans-fats/hydrogenated oils.

The ADHD Diet for Kids

These foods should be strictly avoided for two weeks:

Meanwhile, to obtain optimal levels of brain nutrients, these foods should be eaten in abundance and included in an ADHD diet for kids:

The two-week elimination and subsequent challenge phase of the ADHD diet for kids is not always easy for parents or children, but it is only for a short period of time and the potential information it can provide is invaluable. Generally, when a child needs to make major dietary changes, it does require the family’s support. Consider, for example, having the whole family go sugar-, gluten-, and/or dairy-free for the two -week elimination period, while incorporating more veggies into meals and snacks.

Before starting the diet, you will definitely need to plan ahead and stock the kitchen. Consider making some trial meals and snacks to discover what your child enjoys. Buy the food you need in advance and make some food that your child can eat quickly, such as cut up fruit and chicken. Plan some meals and make sure to cook enough for leftovers.

For an excellent outside resource on the elimination diet, see Whole Life Nutrition’s website and consider getting your hands on a copy of their book, The Elimination Diet: Discover the Foods That Are Making You Sick and Tired–and Feel Better Fast

.[6] While their version of the elimination diet is not specifically for children with ADD/ADHD and is more comprehensive than this ADHD diet for kids, it is an invaluable resource and highly applicable.

Consider giving your child a multivitamin and an omega-3 (EPA/DHA) supplement, as well as a B-vitamin supplement that contains the active forms of B6 (pyridoxal-5-phosphate), B12 (methylcobalamin) and folate (5-MTHF). Children with ADD/ADHD have been found to have genetic errors that make it difficult to utilize vitamin B6 and to convert vitamins B12 and folate into their active forms, causing disturbances of neurotransmitter systems inherent in ADHD.[5,7] Supplementing with pyridoxal-5-phosphate, methylcobalamin, and 5-MTHF, rather than pyridoxine, cyano-or hydroxycobalamin, and folic acid, the more commonly supplemented forms of these B vitamins, is recommended to better overcome these impairments. The multivitamin should contain zinc as citrate or glycinate, not as oxide, and should be taken as directed on the label. The omega-3 supplement should contain both EPA and DHA and also should be taken as directed.

Take these steps today to help your child with ADD/ADHD. While there’s rarely a panacea, few parents know about the profound effects an ADHD diet for kids can have on a child’s function, learning and behavior.