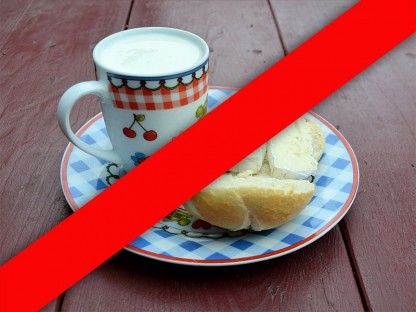 You can benefit from treatment with a therapeutic Hashimoto’s diet.

Symptoms that are associated with Hashimoto’s disease (also called Hashimoto’s thyroidosis) may include those of classic hypothyroidism, such as lethargy, constipation, weight gain, cold intolerance, facial puffiness, dry skin, hair loss, and hoarseness.[1] This is especially true if your standard thyroid function labs (TSHandT4) are abnormal.

However, recent studies have found that in addition to these classic symptoms of hypothyroidism, individuals with Hashimoto’s thyroiditis suffer from higher rates of a wide variety of other physical and psychological symptoms, whether or not their TSH and other thyroid hormone levels are within the normal range or not. These Hashimoto’s symptoms commonly include the following:

If you suffer from any of these chronic symptoms and been found to have elevated levels of thyroid antibodies, you can benefit from treatment with a therapeutic Hashimoto’s diet. There is no one-and-only diet for Hashimoto’s disease, nor is there any single Hashimoto’s diet that is best for everybody.

But most Hashimoto’s diets recommended by naturopathic physicians, integrative MDs, and functional medicine practitioners do share some very common goals and characteristics. First and foremost is the common goal of healing and repairing the gut.

That’s right, the Hashimoto’s diet is aimed at repairing your gut rather than your thyroid. Specifically, the diet addresses two major gut issues: increased intestinal permeability (a.k.a. leaky gut) and gut dysbiosis, or microbial imbalance.

Both these gut conditions (leaky gut and dysbiosis) are much more common people with autoimmune diseases like Hashimoto’s than they are in healthy people.[21,22] And both gut issues contribute to the inflammation and immune activation characteristic of Hashimoto’s.

It’s the inflammation and immune activation that destroy your thyroid gland and cause symptoms throughout your body. Addressing these gut issues with diet can drastically improve your Hashimoto’s symptoms and may even halt the attack on your thyroid gland.

While many different diets simultaneously address leaky gut, dysbiosis, and Hashimoto’s, they all generally involve the elimination, at least temporarily, of foods that tend to irritate and damage the gut’s lining and disrupt it’s balance of bacteria. The foods that are typically eliminated during a Hashimoto’s diet—gluten, dairy, sugar, processed foods—are those that are most likely to increase intestinal permeability, incite inflammation, and provoke the immune system.

The two biggest culprits in Hashimoto’s: gluten and dairy

Two of the most common foods to avoid because they increase intestinal permeability, disrupt the balance of healthy gut bacteria, and contribute to Hashimoto’s thyroiditis are gluten and dairy.

Gluten’s role in Hashimoto’s is related to the fact that this protein found in wheat, rye, and barley is one of the main dietary triggers of increased intestinal permeability.

With his groundbreaking research on autoimmunity, it wasn’t long ago that Dr. Alessio Fasano, MD, Director of the Center for Celiac Research at MassGeneral Hospital, found that exposure to gluten induces an increase in intestinal permeability (leaky gut) in all individuals, regardless of whether or not they have celiac disease.[13]

Dr. Fasano’s research team determined intestinal permeability (leaky gut) is one of three things that MUST be present in order for autoimmune disorders like Hashimoto’s to occur, along with genetic predisposition and environmental triggers. He estimates that in many people with autoimmune conditions, the trigger may be gluten and that when you remove it, you can prevent or stop autoimmune disease.[14,15]

Once the gut wall’s tight junctions are compromised through gluten exposure, inflammation ensues, further compromising the gut’s barrier and allowing larger molecules to leak through the gut wall. This incites further inflammation and immune reactivity. Specifically, the gliadin portion of gluten causes the immune system to flare up and attack not only the gluten in the blood stream but also the thyroid gland, due to the similarity of gliadin and peptide fragments associated with the thyroid gland.[16,17]

Exactly how long one must eliminate gluten is still being debated, with some researchers and clinicians proposing that gluten must be strictly eliminated for life, while others recommend only temporary, but strict, elimination, followed by a controlled period of reintroduction during which time symptoms are closely monitored. If reintroduction of gluten after at least six weeks of strict elimination is found to trigger or exacerbate symptoms, it should be continually avoided.

Because dairy is one of the most common food allergens, Hashimoto’s patients may also have higher rates of allergies or intolerances to protein components of dairy, such as casein. So even if you digest lactose just fine, you may be allergic or intolerant to dairy. Continuing to ingest a food to which you’ve developed an allergy or sensitivity is directly correlated with increased intestinal permeability.[19]

Furthermore, cow’s milk contains peptide fragments that are similar to those gluten.[20] If you are forming antibodies against gluten, these antibodies may also recognize proteins in dairy and thus provoke autoimmune reactions.[20]

Eliminating gluten and dairy may be enough for some people

The strict elimination of gluten and the avoidance of cow’s milk and dairy products is key to a Hashimoto’s diet. At the very least, try temporarily eliminating these foods for a minimum of six weeks to three months.

Many people find immediate alleviation of symptoms simply by eliminating one or both of these foods. For others, relief may be only partial or take longer to become apparent. In these cases, additional foods should be avoided on a Hashimoto’s diet, while others should be highly emphasized.

Eating industrially processed foods, especially those containing food additives, is a bad idea if you have Hashimoto’s. Commonly used food additives such as emulsifiers and artificial sweeteners are being implicated in leaky gut and/or dysbiosis.

Emulsifiers, for instance, have been shown to disrupt the microbiome and the intestinal barrier, both of which control the immune system’s balance between tolerance and intolerance to antigens.[23,24] This, as we’ve seen, can trigger autoimmune diseases like Hashimoto’s.

Artificial sweeteners, meanwhile, have also been shown to cause dysbiosis.[25] Those following a Hashimoto’s diet need to steer clear of processed foods, including those with emulsifiers such as carrageenan, cellulose gum, lecithin, polysorbate-80, polyglycerols, and xanthan gum (among others). Artificial sweeteners are also strongly discouraged.

If elimination of gluten, dairy, processed foods and food additives isn’t enough to quell your Hashimoto’s symptoms, you may need an even more stringent elimination diet for a while in order to remove a greater number potential dietary triggers and give your gut a better chance to heal.

This may mean you need to avoid all grains, not just those containing gluten, as well as most sweeteners, starchy vegetables, and even legumes. Why?

Why would starchy vegetables and legumes be a problem?

These foods contain types of carbohydrates that exacerbate  small intestinal bacterial overgrowth (SIBO). SIBO is a specific kind of dysbiosis in which bacteria have overgrown in the small intestines. These bacteria feed on carbohydrates, worsening SIBO, which causes leaky gut and prevents the small intestine from being able to properly absorb nutrients or repair itself adequately. The prevalence of SIBO in Hashimoto’s patients is high at 54%.[26,27]

Grains and legumes can also be problematic for other reasons. They are high in certain lectins, which are likely to degrade the intestinal barrier and contribute to dysbiosis.[28] Also, research has shown that in many gluten-intolerant people, the body erroneously recognizes other foods as gluten and reacts accordingly. Unsurprisingly, most grains (along with dairy) top the list of these gluten cross-reactive foods.[29]

A number of diets have been designed to greatly reduce these types of carbohydrates. While not specifically Hashimoto’s diets, the Specific Carbohydrate Diet (SCD), the Gut and Psychology Syndrome Diet (Gaps Diet), the Low FODMAP Diet (LFD), and the SIBO Specific Diet all address SIBO and may therefore also help treat Hashimoto’s.[28]

Another diet that eliminates many of these SIBO-inducing carbohydrates and is both popular and reportedly effective among Hashimoto’s patients is the Autoimmune Protocol (AIP). AIP is a strict Paleo diet that also eliminates additional foods that may hinder gut health and/or incite the immune system (nightshades, eggs, nuts, seeds, etc.).[30]

Many patients with more advanced Hashimoto’s disease or more severe Hashimoto’s symptoms report great improvements from temporarily following one of these more restrictive diets, then slowly adding foods back into regular rotation in a controlled fashion.

How to start on a Hashimoto’s diet

Step 1. Begin by doing at least a six-week strict elimination of all gluten and dairy-containing foods, as well as all processed foods and food additives. If your Hashimoto’s symptoms are much improved after this time, that’s great!

Step 2. You can either stay on this diet or you can “challenge” gluten and dairy, eating a small serving of a gluten- or dairy-containing food (such as cream-of-wheat cereal or a small glass of milk) with each meal for one day, then waiting three days while paying close attention to your symptoms. Learn more about how to do an elimination diet here.

Step  3. If you don’t get a reaction from the food you challenge, you can slowly start to add that food back into your regular diet. If you do get a reaction, continue avoiding it.

Step 4. If you don’t feel better after strictly eliminating gluten, dairy, and processed foods for six weeks, you may need to consider a more restrictive diet as a temporary treatment, such as the SCD, Gaps, AIP, SIBO Specific Diet, or some other therapeutic diet designed to heal leaky gut and dysbiosis.

Choosing one of these Hashimoto’s diets will take some research on your part and will need to be based on your particular level of dedication and personal preferences. The treatment of autoimmune diseases like Hashimoto’s with diet is an extremely complex issue that can’t be covered in a short article.

For this reason, I strongly suggest that, if at all possible, you work with a nutritionist and/or healthcare practitioner who is versed in the treatment of autoimmune conditions like Hashimoto’s using these types of dietary approaches.