Home » Daily » Depression » Causes of Depression: 7 Factors That May Have You Down in the Dumps 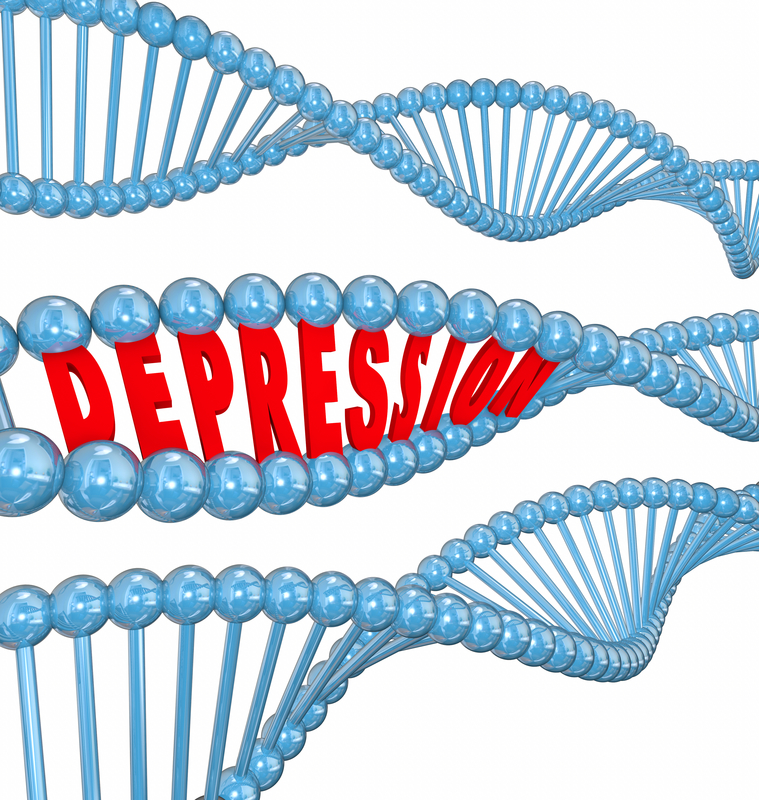 Among the multiple causes of depression: genetics. Research shows that people with depression often have a family history of the condition.

If you become ill, usually you can pinpoint a reason. A stiff, swollen joint, for example, might be due to injury or to a chronic disease like arthritis, while an upset stomach might be due to food poisoning. The causes of depression are harder to pin down. And unfortunately, they can’t be detected with straightforward diagnostic methods like blood tests or X-rays. However, advanced imaging tests—such as magnetic resonance imaging (MRI) scans—may provide clues.

MRI scans have revealed cases of reduced brain activity in the brains of people who are suffering from long-term or chronic depression. These individuals tend to have a smaller hippocampus (the part of the brain that controls memory) and a thinner right cortex (which is involved in mood). While scientists don’t know the exact reasons for these differences in brain activity, they may be related to biochemical changes that result from depression, and they may affect the brain’s ability to process emotions and cope with stress.

Do you find yourself struggling emotionally to get through our holiday seasons? Check out our post Holiday Depression: 6 Strategies for Battling the Blues. See also How To Fight Depression: 6 Steps to Higher Spirits.

Regions of the brain that are involved in reward processing also are less active if you’re depressed. In fact, many people with depression say they have lost the ability to feel pleasure, and they no longer look forward to activities they once enjoyed.

Causes of depression can include imbalances in certain brain chemicals; stress; genes; physical illnesses; poor lifestyle habits; certain drugs; and hormones. All of these causes can interact in complex ways. Let’s take them on one by one.

Serotonin, dopamine, and norepinephrine are brain chemicals—also called neurotransmitters—that regulate numerous body systems and functions, including mood, sleep, appetite, movement, motivation, attention, arousal, and feelings of pleasure. All are thought to be main players when it comes to the causes of depression. Some depression medications work by affecting these brain chemicals.

An appropriate level of stress is a good thing—it helps you develop effective coping skills and resilience when it comes to bouncing back from challenges and hardships. But too much stress for too long is one of the major causes of depression.

Stress keeps you constantly in “fight or flight” mode. The fight-or-flight response is helpful when you’re in immediate danger, but when it’s switched on all the time, it can damage your health because it causes the body to produce hormones such as adrenaline (also known as epinephrine) and cortisol. These hormones speed up your heart rate and breathing, and send energy to your muscles, preparing you to either fight or run. But having an excess of stress hormones can disrupt your brain’s natural chemistry. Animal studies suggest that constant exposure to stress hormones damages brain cells, making your brain less able to regulate the stress hormone response.

Those stress hormones are part of the reason why trauma experienced in childhood (for example, bullying) often feature in the causes of depression. Other ways that depression relate back to stress include the fact that it can keep your mind so preoccupied that you neglect your health and slip into bad habits, such as excessive alcohol consumption and smoking.

Causes of Depression #3. Your Genes

Some people are genetically more susceptible to depression than others because certain gene variants play a role in regulating the levels of mood-related hormones like serotonin. Genetic variants may explain why people with depression often have a family history of the condition, and also may influence how well you respond to antidepressants, as well as the side effects you may experience while taking them.

Chronic illness can be a major factor in depression—particularly cancer, diseases that cause chronic pain (such as arthritis), diabetes, heart disease, and stroke. For example, about one-third of stroke survivors develop depression, and one in five people hospitalized for a heart attack experience major depression. Causes of depression also can include neurological conditions related to Parkinson’s disease, multiple sclerosis (MS), or traumatic brain injury.

Sometime these illnesses and conditions result in depression because they impact parts of the brain that regulate emotion. In other cases, it’s because they increase inflammation in the body. Elevated blood levels of C-reactive protein (C-RP, a marker for inflammation that increases in people with heart disease, cancer, and other conditions) have been found to correlate with the number of depressive episodes suffered by adolescents and young adults.

Unfortunately, chronically ill people with depression often don’t seek help for the condition because they assume it’s natural to feel down during a long illness.

Sleep is another lifestyle factor that has an effect on your risk for depression. While depression can disrupt sleep, not getting the right amount of sleep also can trigger depression.

Certain medications affect levels of serotonin and other brain chemicals. Other drugs are very sedating. They slow down thinking, making people sleepy, withdrawn, and unmotivated. Major culprits include:

Check the label for any medications you take. If depression is listed as a possible side effect and you find yourself feeling unusually sad or withdrawn, tell your doctor. You may need to change the dosage or switch to another drug.

Keep in mind that medication-related causes of depression also include the use of illicit drugs.

Hormones are chemical messengers that regulate various functions throughout the body, but if they are produced in excess or too limited in supply, certain body functions won’t work as well as they should. Depression is one of the potential side effects of a hormonal imbalance.

The thyroid—a butterfly-shaped gland in the neck—produces hormones that regulate growth, metabolism, and mood. When this gland is underactive (hypothyroidism) or overactive (hyperthyroidism), one of the symptoms may be depression.

Disorders of the parathyroid glands (hyperparathyroidism) and adrenal glands (Cushing’s disease) also can lead to depression.

Hormone shifts are one of the reasons experts think women are twice as likely as men to experience depression. Although girls and boys have an equal risk for depression during childhood, the risk in women rises just after puberty, when their bodies start producing female hormones.