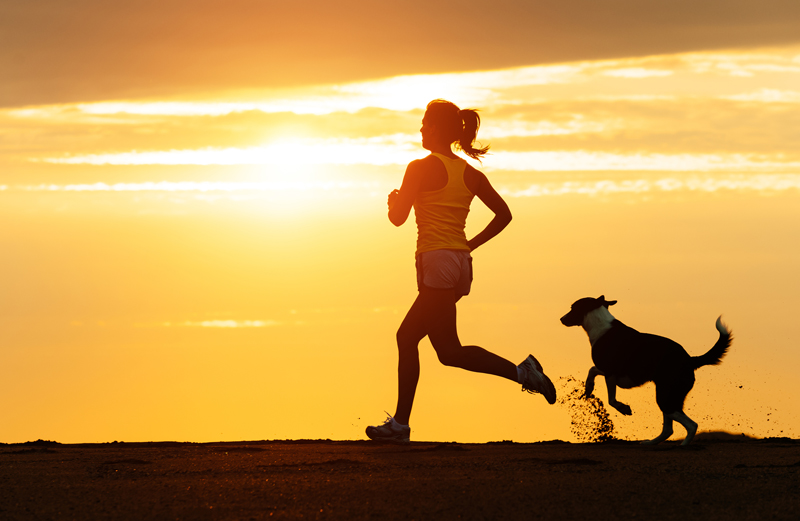 You've likely experienced that endorphins-driven "runner's high" feeling during intense exercise. But how do endorphins work?

Endorphins are hormones that your body releases in response to situations that cause pain and inflammation. For instance, exercising, being injured, or picking up an infection all can trigger endorphin production. Studies show that the body also releases endorphins in response to massage, acupuncture, and eating chocolate or spicy foods. But how do endorphins work?

Endorphins are produced by your central nervous system. There is also some evidence that the immune system produces endorphins during times of inflammation, which is produced by injury and infection. It is believed that this is how endorphins help dampen the pain response following an acute illness or injury. But this tends to only occur in the early stages.

How to Tackle an Endorphins “Shortage”

On the other hand, people with chronic pain conditions such as fibromyalgia can actually have lower levels of endorphins circulating in their systems. Depression is a chronic condition that can produce considerable pain, both emotional and physical. As a result, learning how to trigger production of endorphins can be very beneficial for reducing symptoms of depression.

Exercise is one of the best ways for people with chronic conditions such as fibromyalgia and depression to help relieve their pain and lift their mood. It helps stimulate the production of endorphins that can lead to relief of their symptoms of pain and distress. 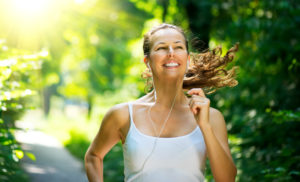 The “Runner’s High” Effect: How Do Endorphins Work?

You’ve probably heard the term “runner’s high.” That phrase refers specifically to the feeling of happiness and well-being, also called euphoria, that people get when they exercise intensely.

Endorphins are chemically similar to pain-relieving drugs of the opiate class, including morphine and codeine, and they actually affect similar receptors in the brain. As a result, an endorphin high is not unlike the high people get from abusing opiate drugs, although in this case it is much milder, completely safe, and has no risk of addiction.

An endorphin high also helps you feel more focused and able to meet challenges head-on, while taking opiates usually leaves people feeling loopy and unable to safely perform routine tasks, such as driving. Endorphins also have pain-relieving and calming qualities, help balance your appetite, boost your immune system, and can even make you feel sexier.

Part of the reason that the natural release of endorphins is quite different from simply taking an opiate drug is that endorphins work in concert with several other chemicals your body naturally produces in order to help you manage stress and pain and feel better.

In particular, endorphins work with the neurotransmitters serotonin and dopamine as well as the hormone oxytocin. Serotonin and dopamine are both known to play an important role in mood regulation. In fact, many antidepressant drugs actually function primarily by boosting these specific neurotransmitters. Increasing their levels can help you feel happier, sleep better, and manage stress more effectively.

Oxytocin is another hormone produced naturally by your body. It is known as the “love hormone” because it helps humans bond with each other. Oxytocin is released during such activities as hugging, sex, and breastfeeding; it also works in concert with endorphins to help you feel more relaxed, safe, happy, and connected with people.

Stick with Your Exercise Plan

Unfortunately, an endorphin high is temporary. That’s why engaging regularly in physical activity is so important for people with depression and other chronic illnesses. You need to trigger those “happiness hormones” routinely in order to obtain the full benefit. Regular exercise has been shown to help relieve symptoms of depression and anxiety, reduce stress, improve sleep, boost self-esteem, and help people manage chronic pain.

People suffering from depression, however, to find it hard to get going, stick with things that they find difficult, or believe that anything will really help in the long run. Feelings such as these can make it difficult to start an exercise program. You can help overcome this barrier by finding a form of exercise that you really enjoy and enlisting a buddy to do it with you.

Start out small if you need to and work your way up. Tell yourself that exercise is good for you no matter what, so no time spent exercising is never wasted time. Try soothing forms of exercise, such as yoga, which recently has been linked with improvements in the symptoms of several psychiatric disorders, including depression, attention deficit/hyperactivity disorder (ADHD), and schizophrenia. It may also help alleviate sleep problems, which too frequently accompany depression.

It’s important to know that endorphins are not released the minute you start getting your body going. You actually have to exercise for several minutes at least before you can enjoy their benefits. How long and how intensely you need to exercise to produce endorphins actually varies quite a bit from person to person.

So, while it’s a great idea to find a buddy to exercise with, don’t get discouraged if you companion starts to feel happy and relaxed while all you feel is sweaty and exhausted. Just keep going. You’ll get there, too.