Home » Daily » Depression » What Is Dopamine? Understanding the “Feel-Good Hormone” 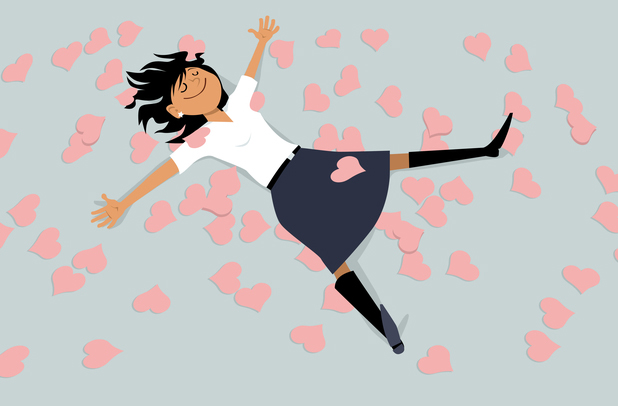 What is dopamine? It's the hormone triggered when we approach and anticipate a reward and is associated with euphoria and bliss—hence it's nickname "the feel-good hormone." Along with dopamine released in the brain comes a good feeling accompanied by a surge of energy so we can realize that reward.

You’ve heard of it, but you still may be wondering, “What is dopamine?” Its reputation centers around its reputation as the “feel-good hormone.” Dopamine is associated with feelings of euphoria, bliss, motivation, and concentration, yet there’s more to it than that.

Like serotonin, dopamine is a type of brain chemical called a neurotransmitter. Released by neurons (brain cells), neurotransmitters control myriad body functions and transmit signals from the brain to the body by passing across small gaps (called synapses) between each neuron.

Dopamine is involved in many pathways in the brain, playing an important role in a range of body systems as well as functions, including movement, sleep, learning, mood, memory, and attention. So, obviously, it’s a key chemical. Inadequate or imbalanced levels of dopamine can play a part in multiple conditions, including depression (see “14 Dopamine Deficiency Symptoms” sidebar below).

What Is Dopamine Deficiency Likely to Cause?

So what happens if our dopamine levels are low? “Too little dopamine can lead to Parkinson’s disease, a brain disorder that causes shaking and problems with movement and coordination,” says Habibeh Khoshbouei, PharmD, PhD, a professor of neuroscience at the University of Florida’s College of Medicine.

“Abnormally high concentrations of dopamine are linked to schizophrenia and other psychiatric disorders,” Dr. Khoshbouei continues. “Cocaine and methamphetamine affect the brain by blocking the normal transport of dopamine back into neurons.”

Professor Khoshbouei has been involved in research that aims to clarify exactly how dopamine transports into and out of brain cells. “It’s an important first step,” she says of her work. “If we know how the dopamine transport system works, then we can start fixing it when it’s broken or malfunctioning.”

(For a list of dopamine deficiency symptoms, see sidebar or visit our post Dopamine Deficiency: Ways to Naturally Overcome Depression.)

What Is Dopamine’s Impact on Parkinson’s Disease?

You’re probably familiar with Parkinson’s disease, a serious condition that can develop due to the destruction of the neurons that produce dopamine in an area of the brain called the substantia nigra.

Dopamine’s vital contribution to movement can be seen in the major symptoms of Parkinson’s disease—muscle tremors and spasms. These occur because a specific part of the brain that regulates movement (called the basal ganglia) need a certain amount of dopamine to function properly. Parkinson’s disease is treated with levodopa, a medication that is converted to dopamine in the brain.

What Is Dopamine’s Role in Other Areas?

Dopamine helps to control the flow of information through the brain, aiding you particularly in terms of working memory, a part of the memory that provides short-term recall.

Your working memory helps you process and store visual and verbal information. If your working memory isn’t functioning effectively, you’ll find it hard to concentrate, follow instructions, and stay on task—all problems faced by children and adults with attention deficit hyperactivity disorder (ADHD). Some experts theorize that people ADHD may have decreased concentrations of dopamine that lessen its effects. Methylphenidate (Ritalin), a drug that treats ADHD, raises dopamine levels.

You’ve heard dopamine mentioned in reference to your feelings of pleasure when doing something enjoyable. What is dopamine’s contribution?

Your brain releases dopamine when you feel pleasure—while eating your favorite foods, for example, or during sex. The “feel-good” factor, however, is one of the elements behind dopamine’s darker side: Several illegal recreational drugs stimulate its release and increase the amount of dopamine in the brain. The increased feelings of pleasure that result from these drugs make users susceptible to addiction.

“Dopamine release is also responsible for people becoming addicted, in that [people] are always seeking pleasure, so that they can reach higher and higher dopamine levels,” explains Harald Sitte, of MedUni Vienna’s Institute of Pharmacology, speaking on the occasion of the September 2016 Dopamine Conference at Vienna University. “Dopamine is the reason why a lot of people are constantly seeking to satisfy their cravings,” Professor Sitte confirms.

Can you boost a low dopamine level? Dr. Kathleen Jade writes, “A dopamine deficiency can be effectively treated by using a number of dopamine supplements,” pointing to an important study published in JAMA Psychiatry in the year 2000. People with clinical depression have significantly lower brain levels of the neurotransmitter dopamine.” Read Dr. Jade’s post by clicking here; in it, she discusses four dopamine supplements.

This post was originally published in 2017 and has been updated.