Home » Daily » Pain » What Is Fibromyalgia? 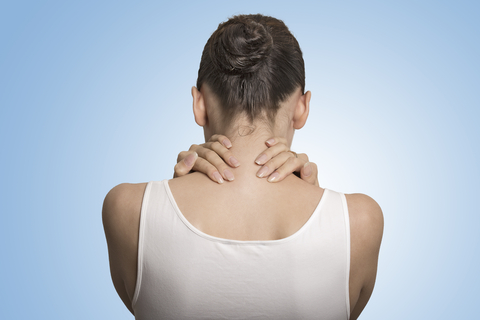 Fibromyalgia symptoms include fatigue and chronic pain from “tender points”—places on the neck, shoulders, back, hips, arms, and legs that hurt when touched.

What is fibromyalgia? Fibromyalgia is viewed as a rheumatic condition (like arthritis), even though it doesn’t cause inflammation or joint damage. Hallmark fibromyalgia symptoms include fatigue and chronic pain from “tender points”—places on the neck, shoulders, back, hips, arms, and legs that hurt when touched.

Other fibromyalgia symptoms include trouble sleeping, morning stiffness, headaches, and irritable bowel syndrome as well as restless legs syndrome, depression, and problems with thinking and memory (often described as “fibro-fog”).

To meet the American College of Rheumatology’s criteria for a diagnosis of fibromyalgia, a patient has to have widespread pain affecting the left, right, top, and bottom of their body for longer than three months, with no underlying disorder that would otherwise explain the pain. Your doctor also may apply pressure to areas of the body that typically are tender points.

There is no clearly defined cause for fibromyalgia, although certain factors raise your risk for the condition. For example, you are more likely to develop the symptoms of fibromyalgia if you have arthritis in your spine, rheumatoid arthritis, or lupus, or if you have suffered trauma (such as an injury, surgery, or emotional upset).

Doctors will prescribe various medications to treat fibromyalgia symptoms, including standard painkillers. Opioids are not used, since fibromyalgia symptoms are chronic, and opioids can be addictive. Other than painkillers, your doctor may prescribe antidepressants as a fibromyalgia treatment—the primary options are milnacipran (Savella), and duloxetine (Cymbalta)—and anti-seizure drugs such as pregabalin (Lyrica) and gabapentin (Neurontin).

Lifestyle changes also can go a long way toward relieving the pain and fatigue of fibromyalgia. Self-help strategies for fibromyalgia treatment include: