Home » Daily » Stress & Anxiety » What Is Cortisol and What Does It Have to Do with Stress? 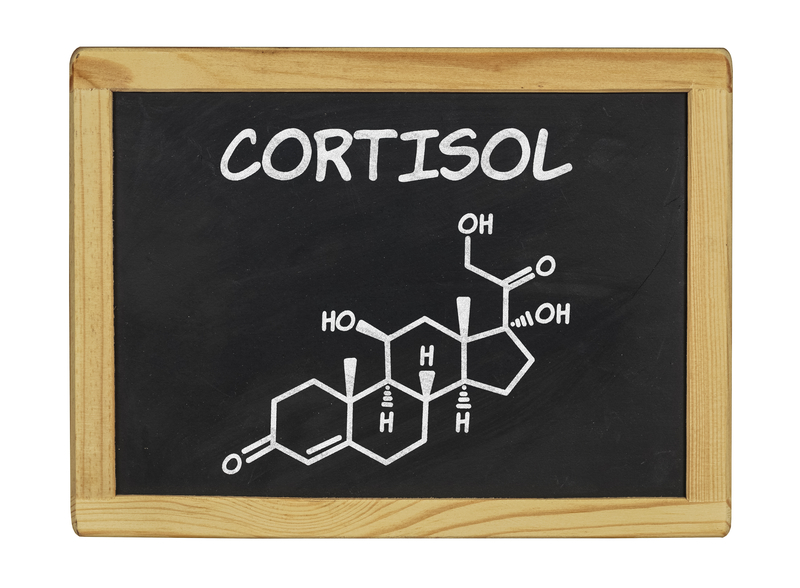 What is cortisol? It's an important chemical that manages blood sugar (glucose),reduces inflammation, and controls blood pressure, among other options.

Cortisol is often referred to as the “stress hormone,” because it becomes more abundant when we are faced with a stressful situation. It affects the heart rate, breathing patterns, and other aspects of the body’s “fight or flight” response. But just what is cortisol? And what does it do? Probably more than you realize.

What Is Cortisol and its Purpose?

Right above each kidney is a small but important gland known as an adrenal gland. The adrenal glands produce some important hormones, including adrenaline and cortisol. Most cells in your body have cortisol receptors, meaning the cells absorb and use cortisol. But cortisol is used differently in different parts of the body.

The short list of cortisol’s jobs in the body include: 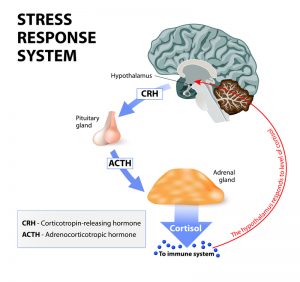 Stress is a main cause of high levels of cortisol secretion. Cortisol is a hormone produced by the adrenal cortex. (Illustration: © Designua | Dreamstime.com)

The rhythm of cortisol production by the adrenal glands is also a factor in your sleep routine. Too much cortisol in the bloodstream at night makes it harder to fall asleep. Low levels of the hormone in the morning can make it tough to get out of bed. In fact, having a healthy variation of cortisol levels throughout the day is associated with better health.

“Cortisol is naturally high in the morning to help perk you up, and it decreases into the evening,” says Emma Adam, PhD, a researcher and professor of human development and social policy at Northwestern University. “The loss of this cycle—or the lack of variation of cortisol—is what is associated with negative health outcomes in our study.”

Dr. Adam and her colleagues published a study in 2017 that found higher risks of inflammation and immune system problems in people who had little variation throughout the day in their cortisol levels. Conditions such as fatigue, depression, and even cancer were more likely among people whose cortisol cycles were abnormal.

Getting regular exercise each day and establishing a consistent bedtime and wake-up time are some easy ways you can start to establish healthy cortisol production. 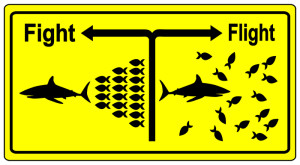 Fight or flight: the way your body reacts
when facing danger.

Cortisol and Our Fight or Flight Response

In addition to helping manage some of your body’s basic functions, cortisol is linked to your stress response as well. So what is cortisol doing when you encounter a stressful situation?

One of the chief functions of cortisol is to prepare the body during stressful situations—a “fight or flight” moment. When you feel threatened, the adrenal glands start pumping out cortisol, causing your muscles to tense and your breathing and heart rates to increase. All of this happens faster than your brain can fully comprehend a situation, allowing you to, for example, jump out of the way of an oncoming car.

If you need to flee a life-threatening situation, rising levels of cortisol (and other hormones, such as epinephrine, also known as adrenaline) in your bloodstream will help you escape. If you need to stay and fight off a threat, your body’s response to the flood of hormones will help give you strength and energy for the conflict.

Unfortunately, the stress response and a boost in cortisol levels can occur in a traffic jam and many other stressful, but certainly not life-threatening situations. Chronic stress, experienced by people living in uncomfortable surroundings, working in jobs they don’t like, or staying in unhealthy relationships, for example, can experience additional negative consequences caused by constantly elevated levels of cortisol.

For example, a University of Texas study found that cortisol tends to block the effects of the hormone testosterone. “It makes good adaptive sense that testosterone’s behavioral influence during an emergency situation gets blocked because engaging in behaviors that are encouraged by testosterone, such as mating, competition and aggression, during an imminent survival situation could be fatal,” says Robert Josephs, PhD, a professor of psychology at the University of Texas.

Unfortunately, chronic stress and the impact of cortisol on testosterone can have long-term effects on a man’s ability to reproduce. Women dealing with chronic stress and elevated cortisol levels also can face reproductive challenges, as cortisol can interfere with normal menstrual cycles and fertility.

“When cortisol levels remain elevated, as is the case with so many people who are under constant stress, the ability to reproduce can suffer greatly,” Dr. Josephs says. “However, these effects of cortisol in both men and women are reversed when stress levels go down.”

Too Little of a Good Thing

Low cortisol levels are also associated with behavior issues. A University of Chicago study of pre-adolescent boys found that low levels of cortisol in saliva may affect how they respond to stressful situations and even how they perceive the consequences of acting out as a response to stress.

“Boys with consistently lower cortisol levels may not be as afraid of retribution,” says Keith Burnett, PhD, a psychology professor with the University of Chicago and author of the study. “In many aggressive children, the system that responds to the threat of punishment does not react normally. They may not feel stress in the same way and so they don’t avoid stressful situations.”

You can be prescribed corticosteroids if you have low cortisol levels. And if you are chronically stressed, therapy and relaxation training (yoga or meditation, for example) may help bring down cortisol levels in your blood.

Poorly controlled cortisol levels are associated with mental health disorders, including anxiety and depression, though the significance of this relationship is still not clearly understood.

If you have questions about whether your cortisol levels are in a healthy range, or if you need help coping with stress, talk with your doctor. Cortisol can be screened with a blood test and a saliva test. There are even patches with sensors that can measure the cortisol in sweat.

Cortisol is a helpful hormone for a lot of reasons, but making sure you’re producing the right levels at the right times is important for your physical and mental health.