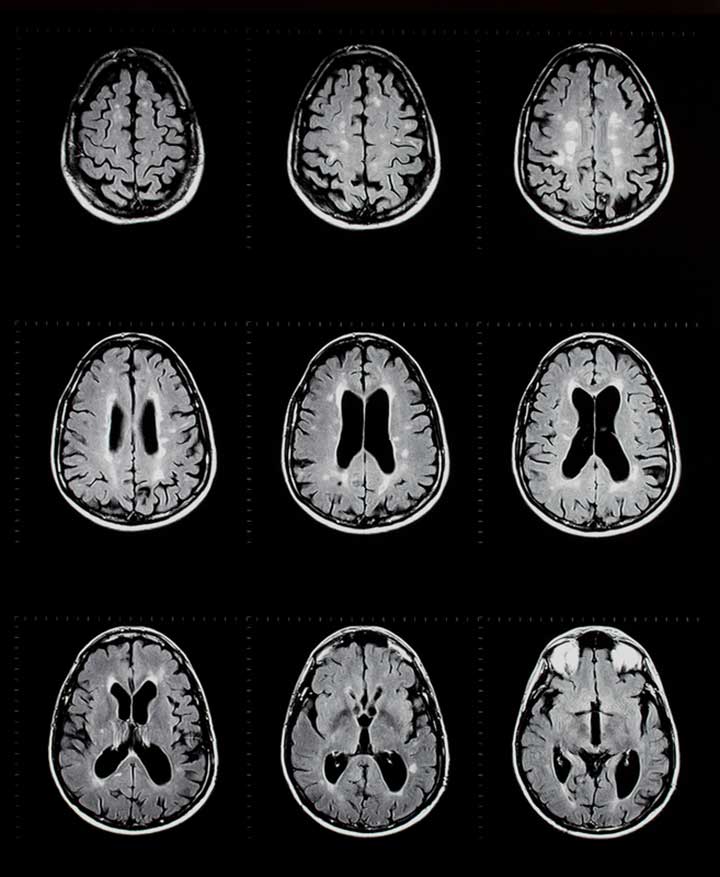 The identical twin of someone with MS (who shares all the same genes) has a 25% chance of developing the disease.

Multiple sclerosis (MS) disrupts communication between the brain, nerves, muscles and other parts of the body. It is an autoimmune disease in which the immune system attacks the myelin sheath—the protective covering around some nerve cells which speeds transmission of nerve signals. This results in slowing of nerve impulses and damage to the nerves fibers. MS affects approximately 400,000 Americans, and about 2.5 million people worldwide.

First symptoms are usually experienced between the ages of 15 and 60, (peak between 30 and 50). Symptoms vary significantly between individuals depending on which nerves are impacted.

MS has an extremely variable course. It is not usually a terminal illness, but a progressive and debilitating one. On average life expectancy is shortened by six or seven years. According to the American Academy of Neurology there are four main types of MS:

The National Institute of Neurological Disorders and Stroke explains, “Many investigators believe MS to be an autoimmune disease… (in which) the nerve-insulating myelin comes under assault.”

Risk factors are thought to trigger MS are a combination of genetic and environmental factors, include:

If you are concerned about symptoms see your doctor or neurologist, who will take a full medical and family history, and then perform a physical and neurological examination. There is no definitive test for MS, diagnosis is made with clinical history and supporting from tests, including:

Misdiagnosis is common. Researchers are trying to develop biomarker tests, which would improve diagnosis and treatment of MS.

There is currently no cure for MS, but treatments may help to relieve symptoms and slow the disease process.

Some people, on the other hand, do well with no drug treatment at all.

For people with MS taking general measures to improve health may have a significant impact on symptoms:

Disease-modifying therapies (DMT) may help reduce development of new lesions, disease progression, frequency of attacks or relapses and severity of symptoms. They may be given orally or intravenously. They include:

Physical and occupational therapies can help reduce disability and pain. Braces, canes and walkers may help preserve mobility. Most sufferers may need to use a wheelchair or mobility scooter at some time, but many will not become wheelchair dependent. Speech, cognitive, and psychological therapies, as well as antidepressant drugs, may also be beneficial.