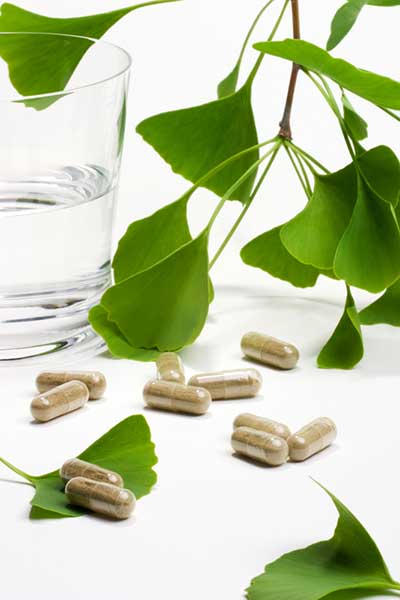 Gingko biloba can be found in standardized extracts, capsules, tablets, and dried leaves for teas.

Ginkgo biloba benefits has long been used to enhance memory as numerous research studies have confirmed its use for treating Alzheimer’s disease and other forms of dementia. It is also well-known to increase blood circulation for conditions such as intermittent claudication (reduced blood flow to the legs) as well as improve eye health for people with glaucoma or macular degeneration.[1]

But according to research, gingko biloba is also one of the best known natural remedies for vertigo.[2] And, just like calcium, magnesium and vitamin D, in addition to the gingko biloba benefits for vertigo sufferers, the herb has been found to improve bone health for people with glucocorticoid-induced osteoporosis.[3]

Why Are There So Many Gingko Biloba Benefits?

Gingko is a potent natural remedy because it is loaded with antioxidants. More than 40 antioxidant components from the ginkgo tree have been identified, but the most powerful nutrients are found in the leaves: antioxidant flavonoids (including quercetin, kaempferol and isorhamnetine) and terpenes (ginkgolides and bilobalide). Ginkgo also contains the same polyphenol antioxidant plant pigments found in green tea – proanthocyanins.

How to Get the Gingko Biloba Benefits

Gingko biloba can be found in standardized extracts, capsules, tablets, and dried leaves for teas. Gingko does not work immediately. That is, it often takes 4 to 6 weeks to notice the initial gingko biloba benefits. The recommended dose is 120 mg per day of ginkgo biloba extract (standardized to 24 to 32 percent flavones and 6 to 12 percent terpene lactones), taken in divided doses for three months.

Occasional allergic reactions to ginkgo have been reported. Ginkgo should not be used with aspirin or anticoagulants, or by anyone with a vitamin K deficiency except under the supervision of an integrative physician. Ginkgo can also interfere with other medications including anti-depressants and blood pressure medications. If you are taking any medications, do not take gingko biloba without first consulting with your doctor. Children and pregnant or breast feeding women should not take ginkgo biloba.