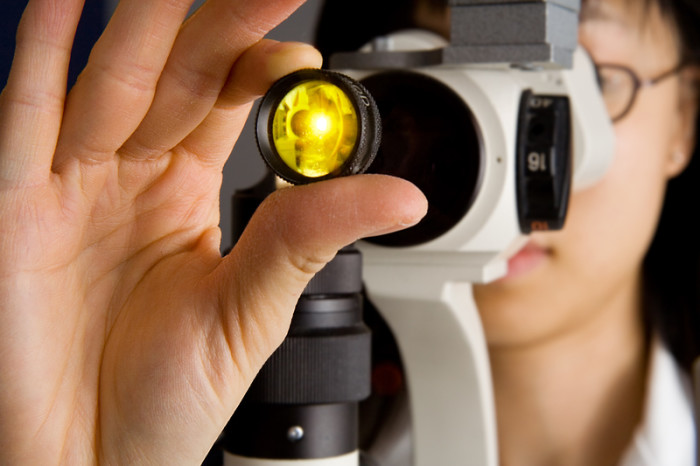 Annual eye exams are critical in catching conditions like macular degeneration as early as possible.

What Is Age-Related Macular Degeneration, and What Causes AMD?

Age-related macular degeneration, or AMD, affects the center of the retina (the macula) and causes blind spots in central vision, necessary for recognizing faces, reading, driving, and performing other activities of daily living. Some patients with the condition also have trouble seeing in low-light situations, such as driving at night. 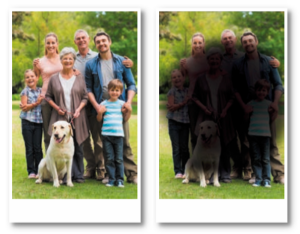 What is age-related macular degeneration? It encompasses two types:

A Shot of Vision Improvement for Wet AMD Patients

In 2006, the U.S. Food and Drug Administration (FDA) approved ranibizumab (Lucentis), which was shown to stabilize vision and, in some patients, restore some vision lost to wet AMD. The drug, injected directly into the eye, inhibits vascular endothelial growth factor (VEGF), a substance that stimulates the development of abnormal blood vessels in the retina. In 2011, another anti-VEGF drug, aflibercept (Eylea), gained FDA approval for treating wet AMD.

FYIHOW YOU CAN HELP YOUR EYES

In light of the potential improvements afforded by today’s treatments, it’s vital to recognize and treat age-related macular degeneration (AMD) as early as possible. So, have a dilated eye exam every year, or more frequently if your doctor recommends it. See your eyecare professional immediately if you notice any AMD symptoms.

If you have AMD, talk to your doctor about specialized vitamin formulations that contain zinc and the antioxidants beta-carotene and vitamins C and E. Research suggests that these vitamins may reduce the risk of AMD progression.

In addition, do what you can to limit your risk of developing AMD:

In the Comparison of AMD Treatments Trial (CATT), researchers compared bevacizumab and ranibizumab treatment in nearly 650 people with wet AMD. The drugs performed similarly: After two years, two-thirds of the study participants achieved 20/40 vision or better.

In follow-up findings (Ophthalmology, August 2016), researchers reported that, although the vision improvements gained during the first two years were not maintained after five years of treatment, half the study participants still had 20/40 vision or better. Only one in five had progressed to 20/200 vision or worse. The study also found that the drugs worked about equally as well whether they were administered monthly or on an as-needed basis.

“When we first treat neovascular AMD patients, after they’ve noticed some initial vision loss, they typically gain about two lines worth of visual acuity on the eye chart, and what we’ve seen in this study is that between year two and about year five of anti-VEGF treatment, they lose most of that improvement,” study principal investigator Maureen G. Maguire, PhD, of the University of Pennsylvania’s Perelman School of Medicine, said in a statement. “On the other hand, if they had been untreated, they never would have seen any improvement at all—their vision would have gotten worse and worse.

“The good news is that patients are having much better visual outcomes than even dreamed about 10 years ago,” she added, “but there’s still a considerable proportion of patients for whom long-term outcomes are not good, and we need better treatments for them.”

Researchers continue to study anti-VEGF treatments for wet AMD as well as investigational drugs (such as lampalizumab) for patients with dry AMD. Some preliminary research suggests that lampalizumab may reduce the progression of geographic atrophy. A major clinical trial investigating the safety and efficacy of the injectable drug is ongoing.