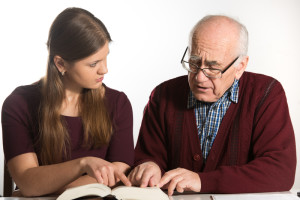 There are many different dementia types, some that can be reversed.

The following are among the more common causes of reversible dementia:

Some types of dementia are associated with brain damage that is irreversible. These primary dementia types are listed below. In addition to the most common condition, Alzheimer’s disease (AD), several other conditions are also important causes of primary, progressive dementia:

An estimated 5.3 million Americans have Alzheimer’s disease, and the number is increasing rapidly. The devastating neurodegenerative disease is the sixth leading cause of death in the nation, and to date, no treatments are available to prevent or slow its progress.

The hallmarks of Alzheimer’s disease are amyloid plaques (accumulations of toxic beta-amyloid proteins that form hard masses in the brain) and neurofibrillary tangles (twisted fibers of abnormal tau protein that accumulate inside the brain’s cells leading to loss of synapses, and eventually cell death). The formation of amyloid plaques and neurofibrillary tangles in the brain are believed to contribute to the degradation of neurons (nerve cells), leading to symptoms of Alzheimer’s disease. People with memory problems who do not have amyloid plaques are unlikely to have AD.

Symptoms of AD steadily worsen, but the rate of decline varies from individual to individual. The average length of survival after diagnosis is four to eight years, but some individuals live as long as 20 years with AD.

Many conditions that adversely affect the heart can damage the brain and nervous system and increase the risk of memory decline. Cardiovascular and cerebrovascular diseases are the prime actors in vascular dementia, the second most common form of dementia after AD. Causes of VaD include:

DLB is the third most common among dementia types, representing between up to 25 percent of dementia cases. This condition is characterized by the buildup of abnormal proteins called Lewy bodies inside neurons in areas of the brain responsible for memory, language, and consciousness.

These same proteins are found in the brains of people with AD and Parkinson’s disease (PD). People with DLB often develop Parkinson’s-like symptoms—including rigid muscles and a shuffling walk—along with other symptoms, such as confusion, trouble thinking and reasoning, hallucinations, and delusions. Although no cure exists for DLB, medications can help control the cognitive symptoms.

This spectrum of disorders (also known as Pick’s disease) cause atrophy of parts of the frontal and temporal lobes of the brain, which control memory, personality, and language skills. FTD may account for up to 15 percent of all dementias. Symptoms of FTD tend to come on slowly, and typically involve inappropriate behavior, difficulty finding the right words, and personality changes. In its late stages, FTD resembles AD, with significant memory impairment. Although no treatment for FTD exists, antidepressants and antipsychotic drugs may help control the behavioral symptoms.

PDD is a form of dementia associated specifically with the movement disorder Parkinson’s disease, which is characterized by muscle rigidity in the limbs, tremors and balance difficulties, abnormal deposits of proteins known as Lewy bodies, and the hallmark plaques and tangles of AD. An estimated 50 to 80 percent of people with Parkinson’s will eventually develop PDD. As with other forms of dementia, PDD gets worse over time.