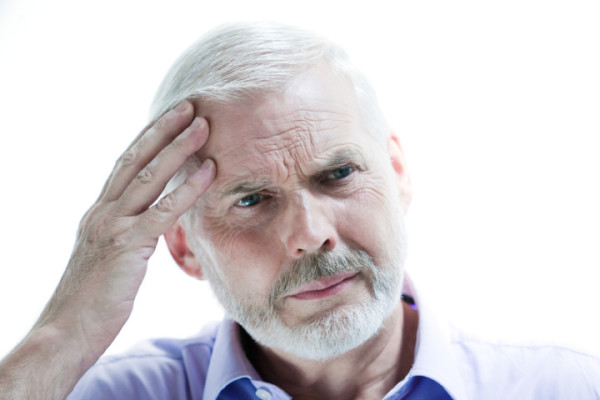 Vascular dementia is caused by vascular problems affecting memory regions and supporting structures in the brain, and is closely associated with cardiovascular and cerebrovascular diseases.

The condition is caused by vascular problems affecting memory regions and supporting structures in the brain, and is closely associated with cardiovascular disease and cerebrovascular disease. Causes of vascular dementia include strokes and transient ischemic attacks (TIAs). Below, we take a closer look at each type.

In about a quarter of cases, severe memory loss is triggered by strokes that destroy cells in regions of the brain involved in learning and memory. During a stroke, blood vessels in the brain are blocked or rupture, starving brain cells of oxygen and nutrients.

Damage may occur from one large stroke, a milder stroke called a transient ischemic attack (TIA, or “mini-stroke”) with symptoms that disappear within an hour or so, or over time, as the result of a series of imperceptible tiny mini-strokes that progressively destroy small sections of brain cells. Damage that effects regions of the brain involved in learning and memory can lead to vascular dementia.

When a stroke occurs, every second counts. Getting treated with a clot-busting drug can minimize brain damage, but only when it’s given within three to four hours of when the stroke began. Knowing the following signs of stroke can help you get treatment when it can help most:

Although TIAs usually do not cause permanent damage, they require prompt attention to reduce the risk of another, more serious stroke. With multiple tiny mini-strokes, symptoms may appear gradually over time as the damage spreads, and can include memory loss, shuffling movements, inappropriate behavior, and loss of bladder or bowel control.

Although you can’t reverse the damage caused by a stroke, TIA, or other forms of VaD, you may be able to avoid further injury to brain cells by lowering cardiovascular risk factors through simple lifestyle changes.

HOW TO REDUCE THE RISK OF STROKE

The following steps can help reduce your risk for stroke-related memory damage:

One in 20 people over age 65, and one in 10 over 80, has atrial fibrillation, or Afib, an abnormal heart rhythm in which chaotic pumping actions cause blood to pool, dramatically increasing the risk for blood clots that can lead to brain-damaging strokes and AD.

Research suggests that Afib also dramatically increases the risk for dementia in people who haven’t had a stroke. Afib may be associated with mild cerebrovascular disease that, if left untreated over time, could lead to gradual cognitive decline. This finding underscores the importance of managing cardiovascular risk factors to maintain brain health.

Treatment for Afib usually begins with medication, such as drugs to slow the heart rate and blood thinners to reduce the risk of blood clots. If that doesn’t work, the next step might include cardioversion, which uses electricity delivered through paddles on the chest, or drugs to restore an erratically beating heart to its normal rhythm. A treatment called catheter ablation, which burns off heart cells that are producing the abnormal rhythm, may also reduce stroke risk.

Researchers are looking at whether dementia medications such as cholinesterase inhibitor drugs, memantine, donepezil (Aricept), galantamine (Razadyne) and rivastigmine (Exelon), might be effective for VaD. A review of medications for dementia found no significant benefit from these drugs on VaD, but more research is needed.