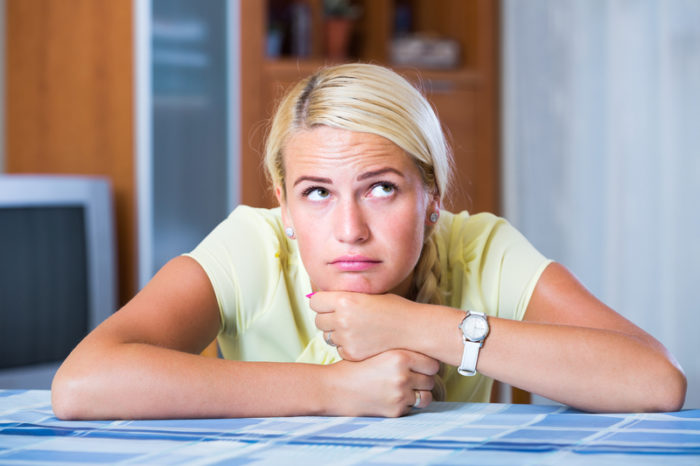 Adult ADHD can be the cause behind all kinds of symptoms that can impact our relationships, work life, and more.

Many people joke about having ADHD when they get easily distracted or act impulsively. However, attention deficit hyperactivity disorder is no laughing matter. It can be a lifelong—and sometimes debilitating—condition. And it may be more common than you think: Estimates show that up to 10 million of us in the United States have adult ADHD.

Unlike the classically hyperactive child running away from his parents in the grocery store, blurting out comments in class, or climbing on top of a table, adults with ADHD experience a different set of problems. Those with adult ADHD can experience poor work performance and relationship difficulties; they also may have chronic low self esteem, depression, conduct disorders, and addiction.

Some who struggle with adult ADHD are able to harness their symptoms and turn them into a strength. Examples among celebrities with adult ADHD: Michael Phelps, who turned his restlessness into a gift for swimming, and Jim Carey, who turned his racing thoughts and excessive energy into comedy. But for millions of others, adult ADHD has a serious impact on their lives.

What Is ADHD—and What Causes It?

Attention deficit disorder (ADD) is a term sometimes used to describe people who do not present with physical hyperactivity. See our post Adult ADD vs. Adult ADHD.

According to the National Institute of Mental Health, “Attention-deficit/hyperactivity disorder (ADHD) is a brain disorder marked by an ongoing pattern of inattention and/or hyperactivity-impulsivity that interferes with functioning or development. For an adolescent or adult to receive a diagnosis of ADHD, the symptoms need to have been present prior to age 12.”

This last part is important. A problem that has developed in adulthood it is not ADHD.

The pathology of ADHD is not fully understood. It is a group of symptoms, not a clearly defined disease with a specific cause (such as tuberculosis or cystic fibrosis).

You may have heard people say that ADHD is a “made-up disease.” However, brain studies show real, functional differences in the brains of people with ADHD notably in the frontal, prefrontal, cingulate gyrus, parietal lobe, cerebellum, and basal ganglia nuclei. Low levels of the neurotransmitters dopamine and norepinephrine have also been implicated with ADHD.

Symptoms that may seem cute in a 5-year-old, such as racing around or saying inappropriate things, are less adorable when you become an adult. Furthermore, they can hinder us in countless ways.

It should be noted that these symptoms occur against the volition of the sufferer: Those with ADHD don’t want or choose to be distracted, impulsive, or restless.

ADHD is a lifelong condition, so if you were diagnosed as a child or teen you will likely have symptoms as an adult, although the presentation and impact will be different. Physical hyperactivity tends to be less marked in adults.

How Does Adult ADHD Affect Us?

The core symptoms of ADHD can lead to a cascade of problems:

Want to learn more about ADHD? See our post on diagnosis and treatment of adult ADHD.

HOW COMMON IS ADULT ADHD?

Estimates in the incidence of ADHD across the globe vary considerably, but the consensus is that the rate is between 8 percent and 12 percent in children, and the incidence is on the rise. The National Institute for Mental Health reports a prevalence in adults of 4.4 percent (5.4 percent in males and 3.2 percent in females).

ADHD tends to run in families, and it affects men more than women. It appears that people with a genetic susceptibility may have their ADHD triggered by a wide range of factors, from their mother’s health during pregnancy (especially bleeding, alcohol, nicotine, and drug usage), low birth weight, and delivery trauma to postnatal and childhood environmental or medical factors, including infection, head injury, hypoxia (low oxygen), toxins (like lead and pesticides), poor diet, and allergies.

There is controversy over whether the rising numbers of ADHD cases are due to lifestyle and environmental factors, or to improved ADHD diagnosis, or to overdiagnosis fueled by a drive to label people and prescribe medications.